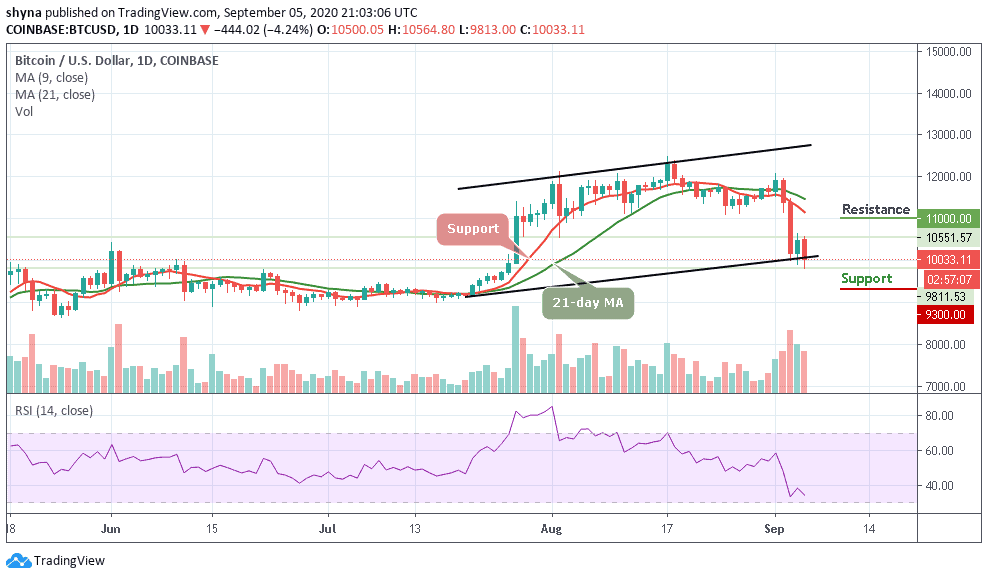 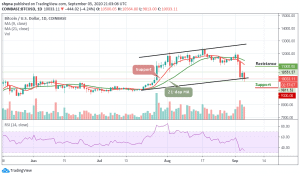 BTC/USD path of least resistance remains downward even after losing over $2,000 in two days.

What is the Next for Bitcoin?

On the downside, if Bitcoin rejects the higher resistance level, lower levels may be tested in a sequence of lower highs and lower lows until prices touch the next critical support level. Therefore the market may experience a lot of short-term based trades and a lot of volatility too as the technical indicator RSI (14) remains below 35-level.

According to the 4-hour chart, BTC/USD has been facing immense turbulence throughout the past several days, with sellers forcing its price down to the lows of $9,878 this morning following yesterday’s defense of the upper $9,819 region. If the bulls decide to push the market price above the moving averages, the coin may likely hit the resistance at $10,800 and above.

Moreover, it now appears that the cryptocurrency is at risk of seeing further downside in the near-term, as the multiple attempts to shatter its $10,000 support seem to indicate that bears are building momentum. As the RSI (14) remains within the oversold, the coin may locate the critical supports at $9,300 and below.