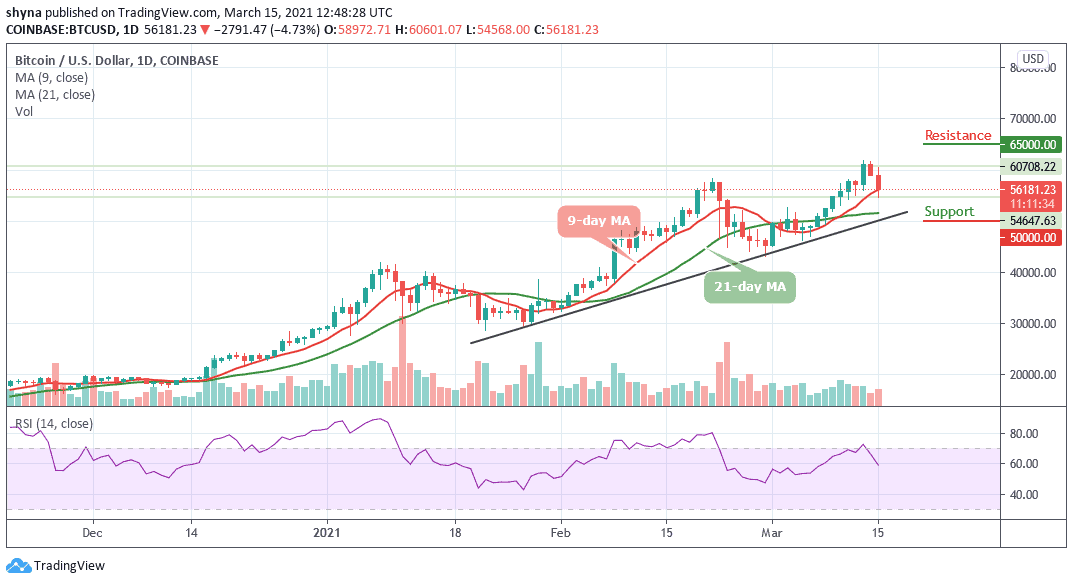 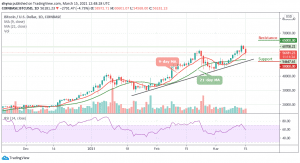 Today, the Bitcoin price loses traction after hitting $54,568; losses likely to continue in the near term.

Looking at the daily chart, it can be easily seen that the market is back in the red zone as BTC/USD is posting minor losses of 0.55% on the day after commencing the trading at $8,945. It has an intraday high of $9,000; although the world’s largest crypto touches the support level of $8,468 before going back to where it is currently trading at $8,860.

However, Bitcoin just plunged below $55,000 one more time, marking $54,568 as the current daily low at the moment. Does this mean that Bitcoin (BTC) is finally leaving the significant $56,000 level and searching for a new low? Nevertheless, looking at the declining daily volume candle, together with the steady but stable recent Bitcoin price action, it can be assumed that a stronger move may be coming up soon into the market.

On the 4-Hour chart, BTC price hovers below the 9-day and 21-day moving averages around $56,549 which may take time to persistently trade above $58,000. In addition, if the bulls gather enough strength and regroup, the upward movement may be able to near the $60,000 and $62,000 resistance level.

However, on the downside, immediate support is around the $56,000 level while the main support is at the $55,000 level. The price may likely fall below $53,000 if the bears step back into the market, a further movement could reach the critical support at $51,000 level. Technically, BTC/USD is still moving in sideways while the RSI (14) moves above 40-level, indicating an indecisive market movement. 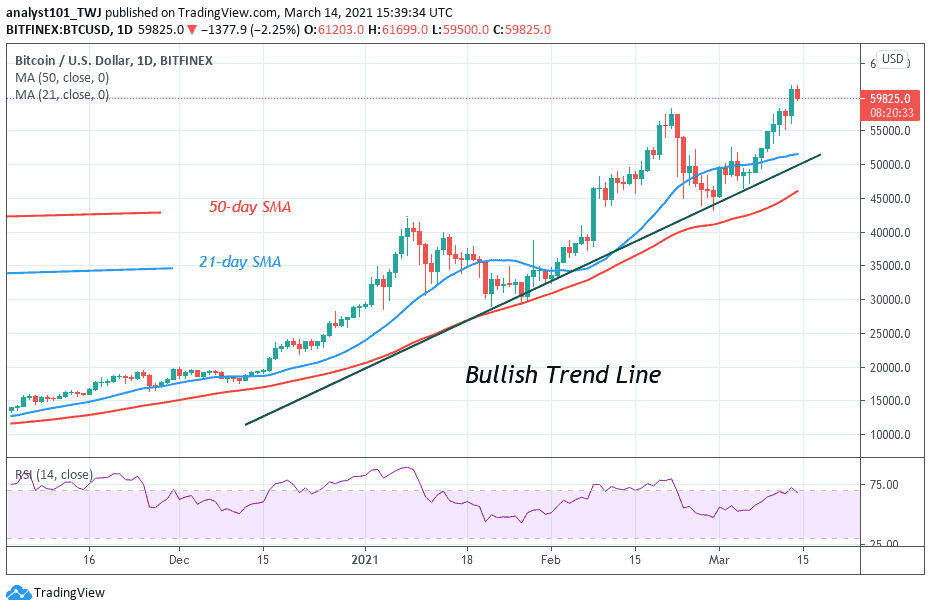