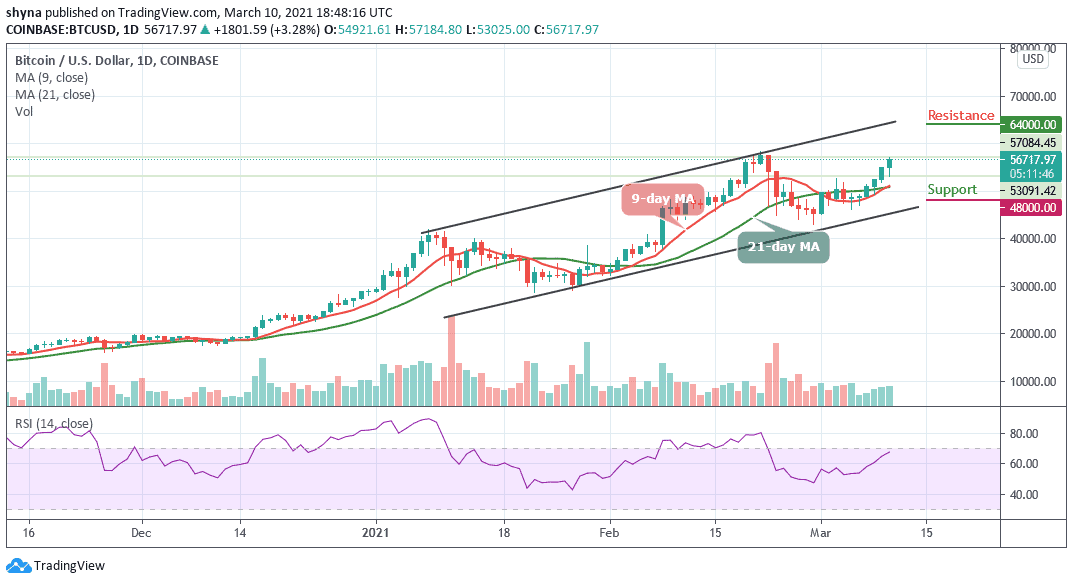 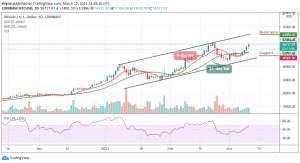 Bitcoin is on the brink of breaking above $58,500 following a momentous rally on Wednesday that has seen it rise to $56,000.

According to the daily chart, BTC/USD breaches $56,000 as all-time high beckons. The first digital asset is seen trading above the 9-day and 21-day moving averages. The Bitcoin price is now within touching distance of forming a new all-time high above the previous high of $58,500, which is quite remarkable considering it had just suffered almost 26% correction in the last week of February.

What to Expect from Bitcoin

After several weeks of being traded between $43,000 and $55,000, Bitcoin has been able to clearly break above $57,000 and reach a price per coin of $57,184. The main question is whether it will be able to surpass $58,000 where it may usually find large resistance. Meanwhile, traders are now waiting for a continuation of the bull trend that would help Bitcoin reach new highs.

On the 4-hour chart, BTC/USD is currently trading around $57,026 above the 9-day and 21-day moving averages after a reversal from $53,113 where the market started trading today while the Bitcoin price is now moving towards the north.

However, if buyers could strengthen and energize the market, they can further push the price above the channel which could allow the market price to test the $60,000 and above. Meanwhile, the technical indicator RSI (14) is currently moving within the overbought region, but any further movement to the south may drag the price to the support level of $54,000 and below. 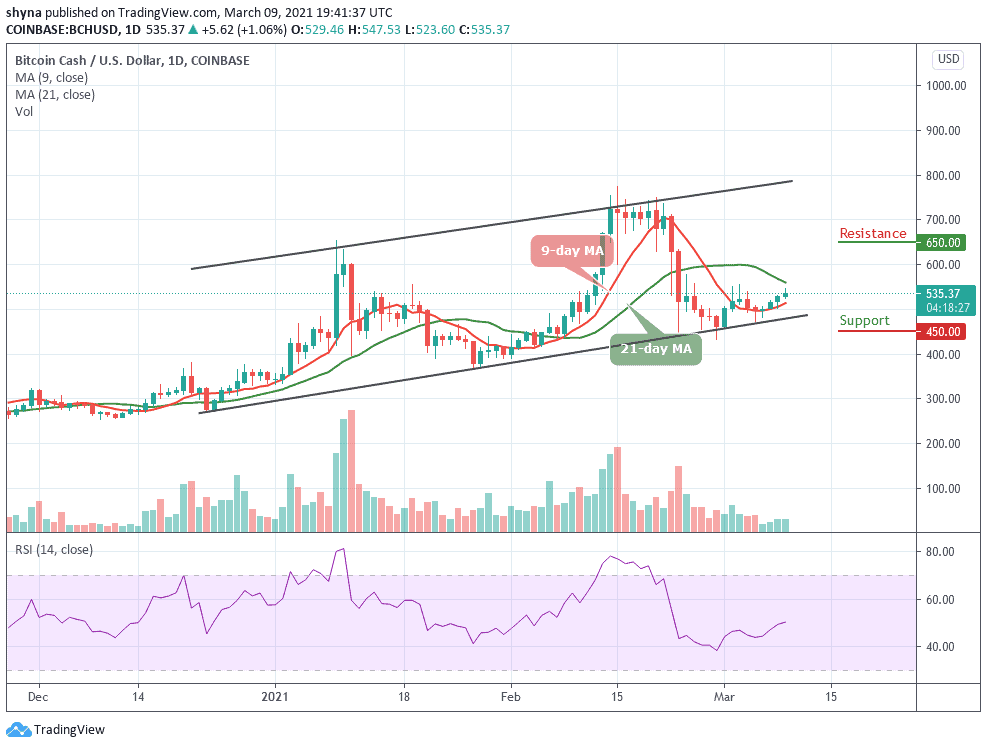 James Spillane •Updated: 26 October 2021 Updated:: Updated: 26 October 2021
View All News
Note that the content on this site should not be considered investment advice. Investing is speculative. When investing your capital is at risk. This site is not intended for use in jurisdictions in which the trading or investments described are prohibited and should only be used by such persons and in such ways as are legally permitted.