Homenewsbrazilian official pushes for the use of bitcoin in salary payments 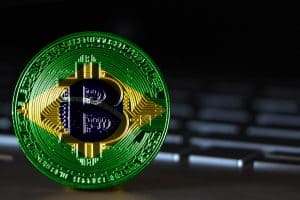 An official with the Brazil chamber of deputies has announced his intentions to make it possible for government workers to be paid in Bitcoin. This announcement comes as more Latin American countries pass laws that favour the adoption of cryptocurrencies.

The official known as Luizao Goulart has tabled the bill that allows public and private sector workers to pay their salaries in Bitcoin. If this bill is passed, it will be a major step in boosting digital asset adoption in the country.

Allow workers to be paid in Bitcoin

Goulart proposed the bill earlier in the week, and it comes at a time that Brazil is formulating regulations regarding Bitcoin and cryptocurrencies. The bill states that workers will have the option to receive their full or partial salaries in cryptocurrencies.

“This law establishes that part of the remuneration of the worker can optionally be made through cryptocurrencies,” the bill reads in part.

However, this bill states that it will be optional for workers to receive their salaries in Bitcoin. This is different from El Salvador’s proposal, where the Bitcoin law mandated everyone to accept BTC as legal tender.

This law will enable employees to state the proportion of their salary they are willing to accept in cryptocurrency. The employer and the employee both need to agree on this percentage.

Boosting the adoption of Bitcoin

The deputy gave several reasons why he was defending this bill. First, he noted that it would be a way for Brazil to be in line with the global digital revolution. He further explained that BTC was an “antithesis of the current global financial system because it eliminates the need for interference by global financial institutions.

“It is only up to us to adapt, reinvest and progress along with this wonderful path of modernity in order to establish a Global Economy that facilitates the daily lives of citizens and, above all, provides a good quality of life for all.” The bill will most likely pass, given the high level of BTC adoption and crypto awareness in Brazil, where 48% of people support BTC being the official currency.