Homenewsblockchain api vs mining vs nodes a detailed comparison 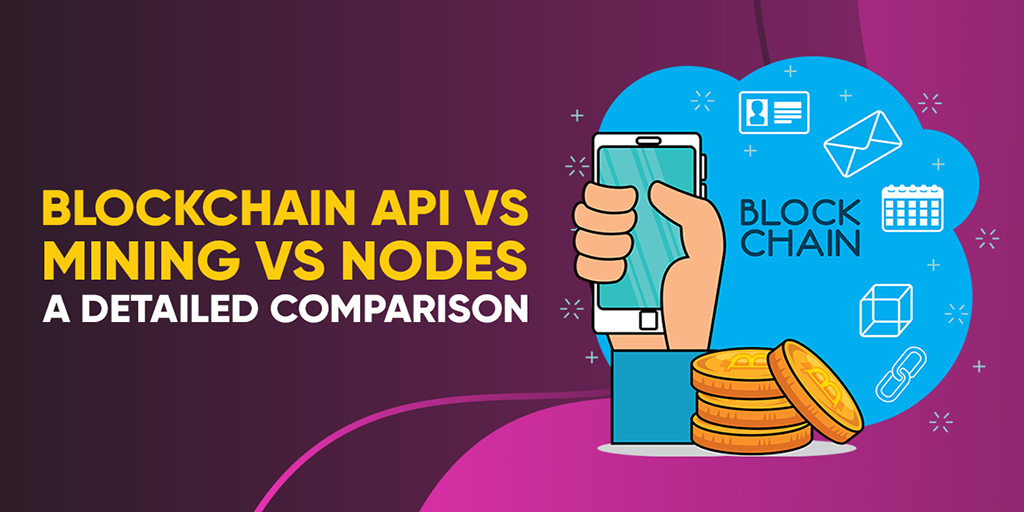 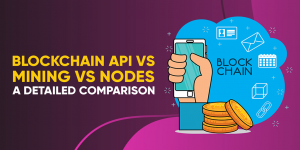 To begin with the process of analyzing the difference between these three closely related terms, we must first dive into some basics regarding the Blockchain, and what it represents. Even though Blockchain has been around for a while, there is still a fog of mystery around it, as widespread adoption still hasn’t happened. Low adoption doesn’t mean low usability, but as a technology, there’s a lot of finesse involved with the implementation of Blockchain, and widespread understanding cannot happen without widespread adoption of Blockchain as a technology that is sure to improve our daily lives.

Blockchain explained in the simplest terms is a system of a digitally generated, immutable record of transactions. Nowadays Blockchain is still used primarily in cryptocurrency-related instances, such as Bitcoin. The Blockchain, in fact, has a wide variety of different uses. It’s seeing more implementation into daily lives such as in the banking sector, for the secure transaction of money, in manufacturing plants, especially in supply chain management. But still, most people know it only in relation to cryptocurrency.

In its simplest form Blockchain is a highly secure network, which works on a consensus basis by establishing a system of verification and trust among the different nodes in the network.

What Exactly is Blockchain API?

With that out of the way we can talk more about what API is, and the role it plays in the Blockchain system. API refers to something called Application Programming Interface, and the aim of the API is to simplify the process of communication with a piece of software. Interestingly, it can also be used to create new applications in addition to its already great functionality.

Before we dive deeper, we must first take a look at how exactly transactions are carried through the network. All blockchain networks consist of three steps:

You don’t have to be an expert to realize that the process above is not as simple as it may seem at first. For a person to be able to use the Blockchain to their own advantage, without an API, they need to be able to set up their own network which would require a ton of resources. This is where an API comes into play. In terms of cryptocurrency in order to exchange cryptographic keys and have the ability to decrypt them there has to be some sort of an API in play. Without the API this process would be nearly impossible.

In the most possible simple terms, a Blockchain API allows for two unrelated computer systems to communicate with each other, according to rules set by the API itself. This allows the systems to use the Blockchain to its fullest extent.

Blockchain APIs can be used in different scenarios and with different purposes. An API can be used as a system of connectivity, a system of security, a system used for processing, a supply management system etc. APIs are also used in the Blockchain for building decentralized applications which is one of the biggest benefits apart from security and immutability.

What is Blockchain Mining?

Blockchain Mining is a term used to describe the nodes who perform various tasks, in order to earn some sort of a reward. Mining is most often used in relation to cryptocurrency to add new blocks of data to the blockchain. The award for successfully adding blocks to the network is a newly-created coin which can be exchanged for any currency of choice.

Nowadays in order to mine and add blocks to the network powerful and energy-efficient custom-made machines are built. When cryptocurrency first emerged, people could use their home desktop computers to mine and add value to the blockchain, which is impossible today.

The process of mining goes through several phases:

This whole process is called mining due to its similarity to mining minerals from the ground with a physical pick. Gold is valuable and limited just like Bitcoin for example so that’s one similarity. And just like miners extract minerals from the ground, the computer extracts information from the internet protocol by picking the computer algorithms with possible solutions to the cryptographic puzzle in order to extract information.

Some nodes are only there for the purpose to store data, and some are used for creating new value by processing blocks of information. There are online nodes that must stay online at all times to update the other nodes with any new information that has been received into the blockchain while the others were offline. All nodes in the network must be synchronized which greatly increases the security of the system.

Are They All So Different After All?

Now as we go deeper into the topic do you notice how all three terms – Blockchain API, Nodes and Mining start to intertwine? Even though different they still share in the process of creating and transacting information through the network, or a directly involved in making the network work and stay functional. Just like a live organism, each part of the system works with each other to keep the system alive and functional.

It’s impossible for the network to exist without any of the three, so no one is more or less important, but all three are vital to the existence of the Blockchain.

If you’re a web developer or if you’re interested in APIs make sure to check out Chaingateway.io Chaingateway is one of the best Blockchain API providers on the market right now, and they support a lot of cryptocurrencies such as Bitcoin, Ethereum, Tether, Chainlink, Binance Coin and many others. Their aim is to make Blockchain technology easy to implement for any individual, without being involved in an overly technical environment. 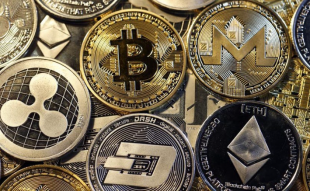 When individuals discuss digital currencies, they fundamentally think about Bitcoin, but others center around ...