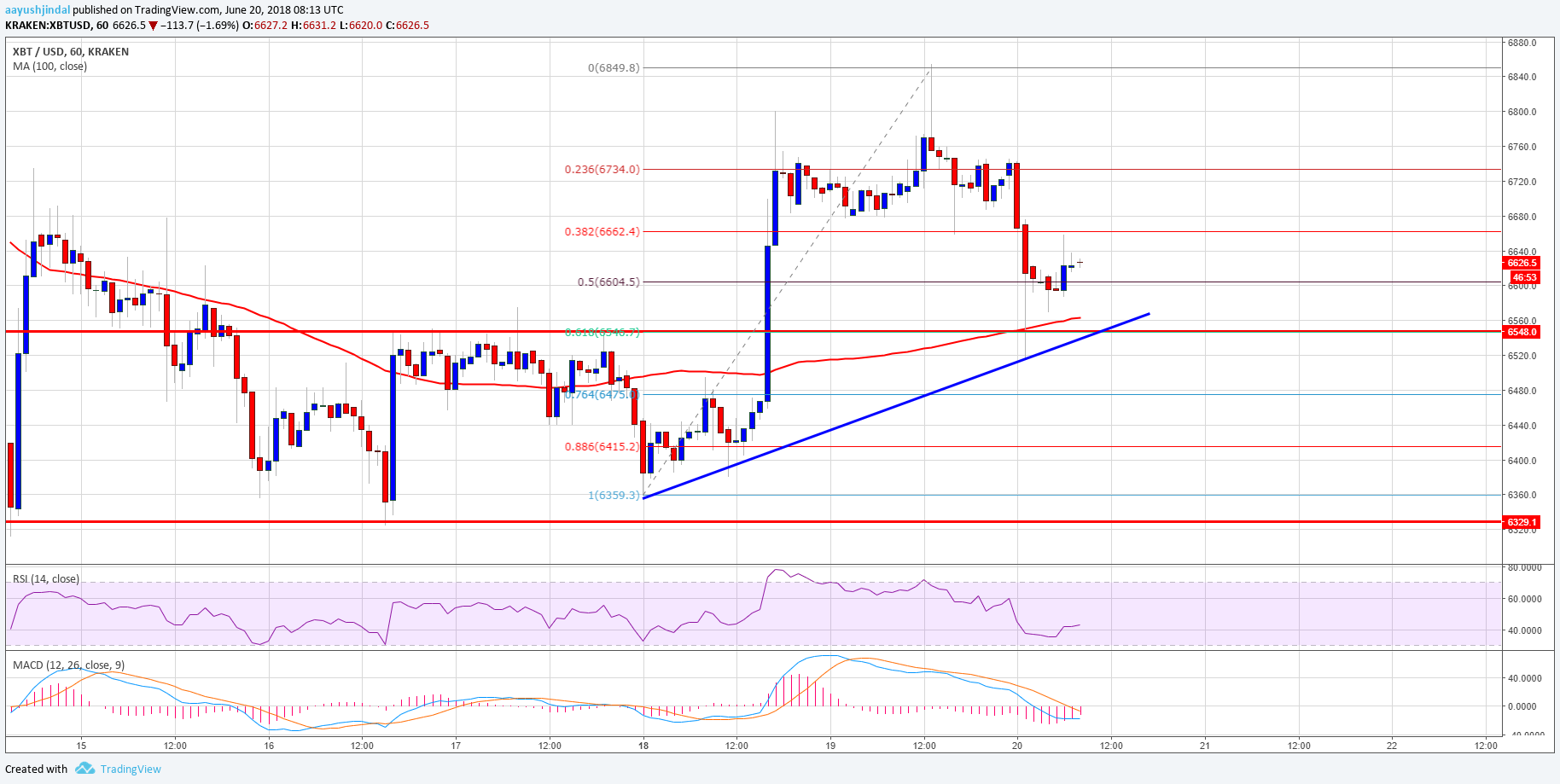 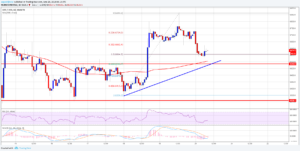 Bitcoin price declined after it failed to break the $6,850 level against the US Dollar. BTC/USD is currently trading near a major support area at $6,560.

Yesterday, we saw a nice upward move above the $6,700 resistance in bitcoin price against the US Dollar. The BTC/USD pair even traded above the $7,800 resistance and settled above the 100 hourly simple moving average. However, the price failed to break the $7,850 level, resulting in a bearish reaction. The price started a downside correction and declined below the $6,700 support area.

Hourly MACD – The MACD for BTC/USD has moved back in the bearish zone.