When it comes to Bitcoin, everyone has an opinion. Two major examples of the many predictions that have been made for the future value of bitcoin in recent years are the indicating that the price of bitcoin would reach $1 million by the end of 2030 made by John McAfee while on the other hand, Max Keiser predicts that the price will be hovering around the $220,000 mark.

According to Austrian economics, forecasting models can never completely and accurately nail the price point at a particular moment in the future because they cannot account for all of the various variables at play. As Anthony Pompliano rightly said —this is a fool’s game.

When it comes to Plan B — which looks at the stock-to-flow model, even though it hasn’t shown perfect accuracy in the past, it continues to be the most widely used model for looking into the future of Bitcoin’s price.

Plan B Projects a Bull Run

Following the last meeting, Plan B projected an average price of roughly $100,000. If the Bitcoin price increases significantly from today and hovers around the $100,000 mark for an extended period of time, then it is possible to sustain at that level for a while. It also predicted that after the next halving, Bitcoin’s average price should be about $1 million.

However, even if this prediction proves to be overly optimistic as time goes on, there will be another halving before 2030 — more likely in the year 2028 — which might prove to be incredibly positive for the Bitcoin price once again.

Many people in the industry are quite interested and look forward to Cathie Wood’s (from ARK Investment Management LLC) forecasts for Bitcoin and Ether values by 2030. She has shown the reasons for her prediction that Bitcoin’s price would reach over $1 million by 2030 and argues that governments will stick with monetary easing strategies because raising interest rates indefinitely won’t earn popular support, and people would choose to see inflation rather than a stock market collapsing completely.

She also predicts that Bitcoin is going to become more and more popular over time. It’s hyperbolic rather than linear development may be explained by the underlying game theory, which gives all Bitcoin holders an opportunity to spread the news about Bitcoin.

What Does This Mean For Fiat Currency?

Any environment in which the price of Bitcoin suddenly skyrockets to $1 million is likely to have seen unprecedented levels of instability and unpredictability. It’s possible that many factors will combine to push the price of Bitcoin to $1 million. This means that investors make 50x the money the rest of the world remains substantially unchanged.

With $21 trillion in value already held in Bitcoin, the world would look significantly different if Bitcoin were to reach $1 million. Once the Bitcoin price reaches between $100k and $200k, it is predicted that more than half of the world’s wealthiest billionaires will have so much money power that they can radically alter the way in which society functions.

Analysts like Dan Tubb agree that rapid inflation fueled by quantitative easing is the most plausible scenario, especially as it is the most politically-sound step; this would mean that Bitcoin would be worth $1 million, but $1 million (fiat currency) would be worth a lot less than it is now. 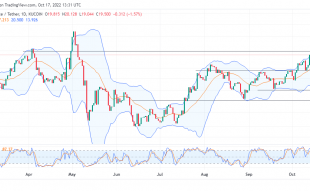