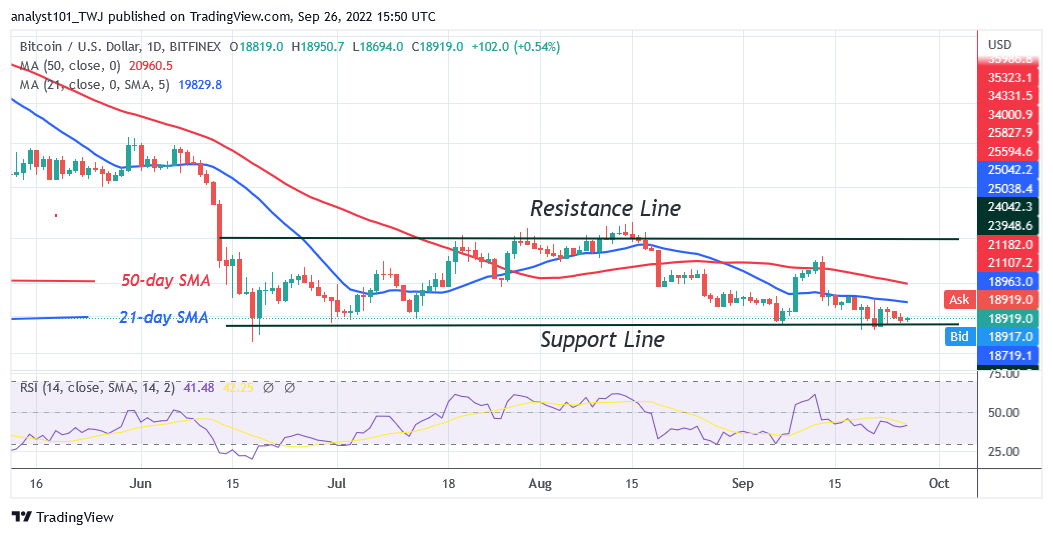 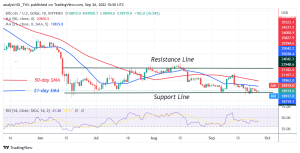 Today, the BTC price has broken above the 21-day line SMA as it reclaims the $20.2 support. Incidentally, buyers have also broken above the $20,000 high. The largest cryptocurrency will rally above the $22,000 high if the current bullish momentum is sustained.

Bitcoin Was Almost Named Netcoin By Satoshi Nakamoto in 2008

AnonymousSpeech is a service in Japan that allowed users to buy domain names anonymously. Domain purchases under AnonymousSpeech are similar as revealed in the creation of Netcoin.org on August 17, 2008, while the creation of Bitcoin.org. was on August 18. After http://bitcoin.org. domain was first registered, someone purchased http://netcoin.org using the same registrar. It appeared Satoshi was contemplating between the two names and later dropped http://netcoin.org. The historical data of domain name purchases indicated that Satoshi Nakamoto, the creator of Bitcoin (BTC), had Netcoin.org. that did not make it to the white paper.

Meanwhile, Bitcoin has regained bullish momentum as it reclaims the $20.2 support. The bottom line is that Bitcoin will revisit the previous highs if the current support holds. Meanwhile, BTC price is at level 51 of the Relative Strength Index for period 14. It indicates that there is a balance between supply and demand. 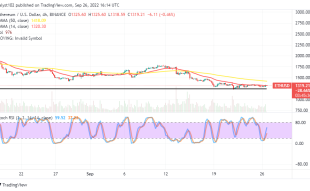