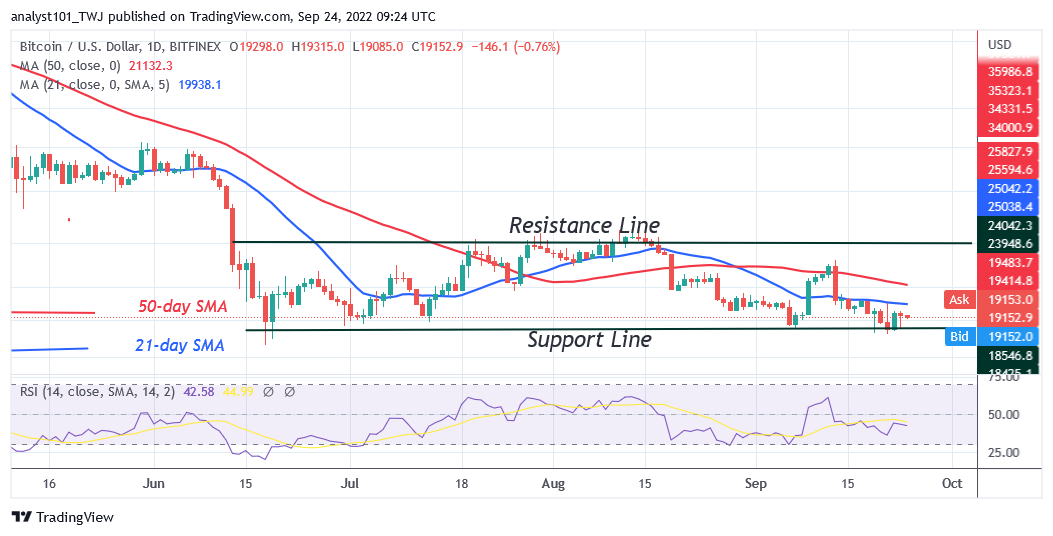 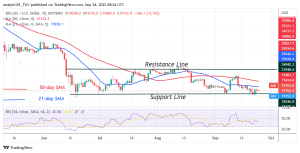 Bitcoin Fluctuates in a Tight Range as It Turns Down from the $19K High -September 24, 2022

Today, the BTC price has turned down from the 21-day SMA. The implication is that sellers will attempt to revisit the June 18 price slump of $17,605. Nonetheless, to avoid further decline, buyers will have to defend the $18,210 support. In other words, the bulls will have to breach the 21-day line SMA and resume an uptrend. Meanwhile, Bitcoin is at level 42 of the Relative Strength Index for period 14. It indicates that Bitcoin is in the downtrend zone and it is capable of further decline.

The Satoshi’s Place: The Challenge of Running Bitcoin Businesses

A Bitcoin-themed bar and education center has popped up in Northern England called Satoshi’s Place. Satoshi’s place is a bar and workshop space which is founded by Adam. It is named after the anonymous creator of the world’s largest and most widely accepted cryptocurrency. Satoshi’s Place offers workshops, coworking spaces for local businesses, and Bitcoin-inspired cocktails. According to Adam, Satoshi’s Place was the result of several Bitcoiner ventures. Adam focused his efforts on Bitcoin merchant adoption, a growing trend in the United Kingdom. Satoshi’s Place began life as a coffee shop and then a pizzeria back in 2018.

He said: “At first, customers could buy coffee with Bitcoin and even use a Bitcoin ATM to buy and sell Bitcoin. People were putting £20,000 worth of cash into an ATM on a monthly. From teenagers to I think the eldest was 93 years old.” According to him, Bitcoin ATMs were forced to close by the Financial Conduct Authority in March this year. He explained that despite doing everything by the book — “a full exchange system literally to the minute,” — the banks made life hard.

Meanwhile, the BTC price has been hovering above the $18,000 support as it turns down from the $19K high. On September 16, a retraced candle body tested the 78.6% Fibonacci retracement level. The retracement suggests that Bitcoin will fall but reverse at level 1.272 Fibonacci extension or $18,408.61. 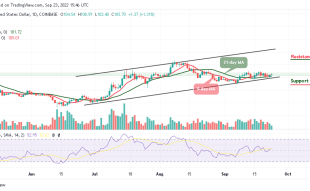