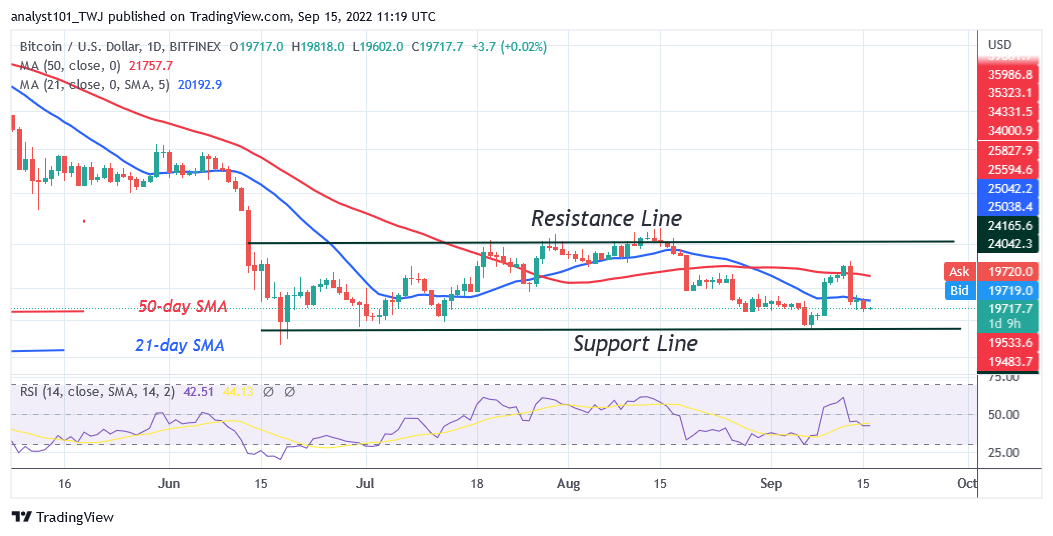 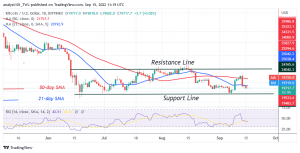 Bitcoin (BTC) has slumped below $20,000 support as it declines to $18.6K low. Sellers have resumed selling pressure as they attempt to sink Bitcoin to the previous low at the $18,675 price level. Today, the BTC price is trading at $19,829 at the time of writing.

On September 13, Bitcoin encountered a price breakdown. The cryptocurrency declined sharply from the high of $22,794 as buyers failed to sustain the bullish momentum in the overbought region of the market. Nonetheless, about 48 hours ago, buyers attempted to stall the decline above the $20,000 support. However, if sellers breach the $20,000 psychological price level, Bitcoin may decline to $18,675 low. Nevertheless, the bulls are expected to defend the current support level with dynamism.

The largest cryptocurrency will be trading between $18,675 and $24,000 price levels if Bitcoin loses its current support. Conversely, on the upside, the BTC price will resume an uptrend as soon it breaks above the 21-day line SMA. The bottom line is that buyers will emerge at the lower levels of price to push Bitcoin upward. Buyers will revisit the resistance at $22,794 to breach it. The market will rally above the $24,000 and $25,205 resistance levels if buyers are successful.

Pierre Poilievre, the new Conservative Party of Canada leader has previously advocated for financial freedom through crypto tokens, smart contracts, and decentralized finance. The pro-crypto politician won the leadership of the Conservative Party of Canada in a landslide victory on Saturday. He secured 68.15% of the electoral points against his nearest opponent Jean Charest who received just 16.07% of the vote. Pierre Poilievre has taken the helm of Canada’s Conservative Party, which looks set to give the current administration a run for its money in the next federal election.

Meanwhile, Bitcoin continues its downward move as it declines to $18.6K low. On the downside, if the bears break below the current support, the BTC price will decline to the previous low at $18,675. Bitcoin is at level 46 of the Relative Strength Index for period 14. It indicates that Bitcoin is in the bearish trend zone and may further decline. 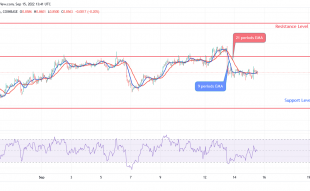