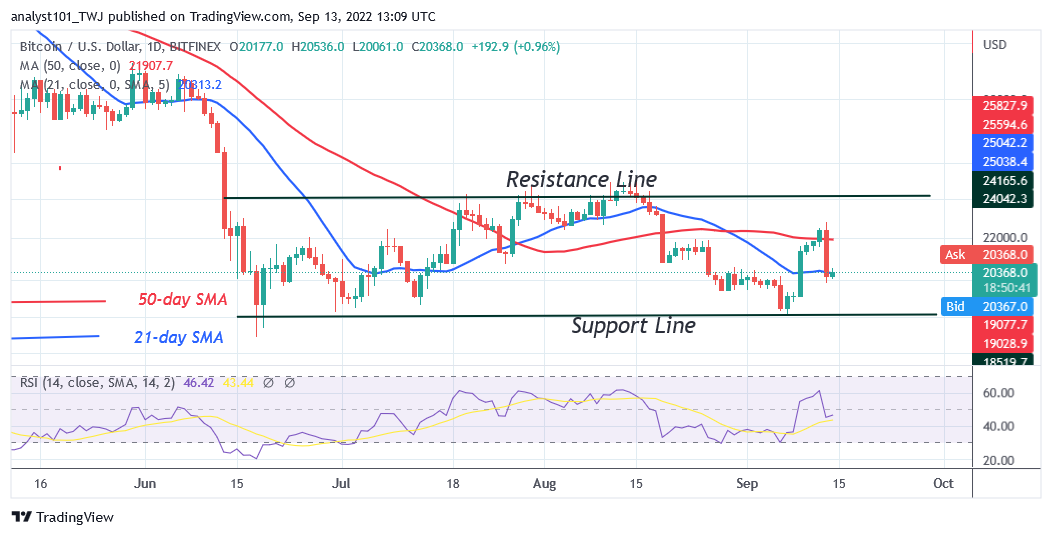 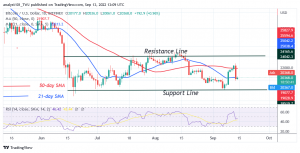 On September 13, Bitcoin’s (BTC) price rallied to the high of $22,794 but was repelled. Buyers pushed Bitcoin above the moving average lines but the crypto failed to rally above the overhead resistance at $25,205. On August 15, the BTC price rallied to the $25,205 resistance level but failed to breach the recent high. On the downside, BTC price has fallen below the moving average lines which is indicative of a further possible decline.

It declines to the low of $19,883 as bulls bought the dips. BTC price is rising but it is resistant at the 21-day line SMA. This implies that the bears are selling at each rally. The current rejection indicates that Bitcoin will revisit the strong support at $18,675. This will be strongly defended by  buyers. Nonetheless, BTC/USD will be compelled to a range-bound move between $18,675 and $23,000 if the support at $18,675 holds.

Russian Prime Minister Mikhail Mishustin has indicated that the government should agree regarding crypto regulation in Russia by Dec. 19, 2022. The prime minister also said that government should come up with policies on regulating the issuance and circulation of digital currencies in Russia. Mishustin tasked regulators to finalize regulations for cryptocurrency mining and cross-border transactions in digital currencies. According to a fintech expert in the Russian State Duma, Russia would be the first country in the world to allow cross-border crypto payments while banning local crypto payments. An official has indicated that the upcoming draft crypto regulations should be aligned with the Russian Finance Ministry, the central bank, the Anti-Money Laundering authority, the Federal Tax Service, and the Federal Security Service. 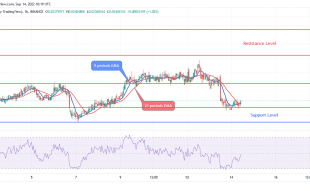 Join Our Telegram channel to stay up to date on breaking news coverage VeChain ...