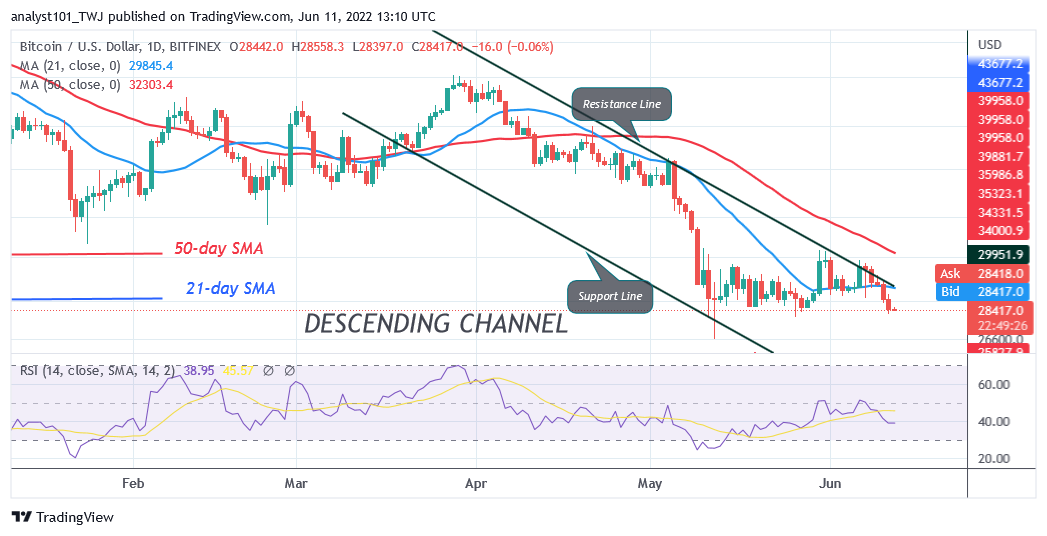 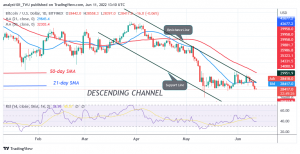 Bitcoin’s (BTC) price is trading below the moving averages as it plunges below $28K. The bears have broken below the $29,078 support which has been holding since May 12. Today, BTC/USD is trading at $28,077.00 at the time of writing.

On June 6, Bitcoin bulls made a final push to the previous high as the crypto reached the high of $31,775. Buyers could not keep the price above the $32,000 resistance zone. On June 7, the largest cryptocurrency faced another round of selling pressure as the bears broke below the crucial support at $28,600. The crypto has lost the $30,000 psychological price level. This is an indication that Bitcoin will decline and revisit the previous low of $26,591. Nonetheless, Bitcoin bulls have the chance of buying the dips if the BTC price falls to the $28,000 support. The bearish momentum will be invalidated if Bitcoin rebounds from the recent low.

Global Bitcoin Adoption May Reach 10% at the End of 2030, by Blockware Report

According to a report, Bitcoin can be likened to past disruptive technologies including automobiles, electric power, smartphones, the internet, and social media. “From a consumer perspective, past technologies had convenience/efficiency-related incentives to adopt them: adopting automobiles allowed you to zoom past the horse and buggy, adopting the cell phone allowed you to make calls without being tied to a landline,” the report explains: “With Bitcoin direct financially incentivized adoption creates a game theory in which everyone’s best response is to adopt Bitcoin.”

Blockware Intelligence has made a forecast by examining historical adoption curves for nine past disruptive technologies including automobiles, electric power, smartphones, the internet, and social media, along with the growth rate of Bitcoin adoption since 2009: “All disruptive technologies follow a similar exponential S-curve pattern, but […] newer network-based technologies continue to be adopted much faster than the market expects. It said that based on a metric called Cumulative Sum of Net Entities Growth and Bitcoin’s predicted “CAGR of 60% we forecast that global Bitcoin adoption will break past 10% in the year 2030.”

Meanwhile, Bitcoin has fallen to the low of $28,077 as it plunges below $28K. Nevertheless, the largest cryptocurrency has declined below the 20% range of the daily Stochastic. The market has reached the oversold region of the market. Meanwhile, on May 11 downtrend, a retraced candle body tested the 78.6% Fibonacci retracement level. The retracement indicates that BTC will fall but will reverse at level 1.272 Fibonacci extension or $24,352.56. 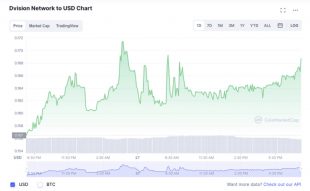 Join Our Telegram channel to stay up to date on breaking news coverage Metaverse ...