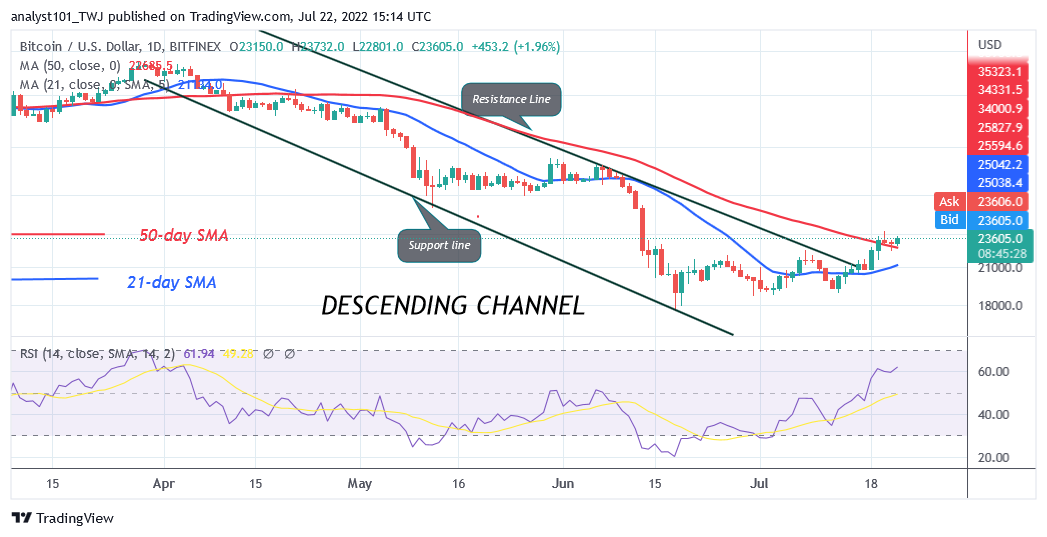 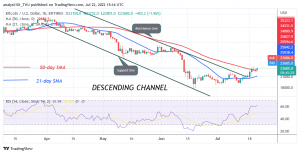 Bitcoin’s (BTC) price has broken above the moving average lines but is unable to sustain above $24K. A break above the $24,000 high implies  that further upward moves are expected in the bullish trend zone. The bulls have also broken the resistance at $23,377. BTC/USD is now set to reach the previous high of $28,000 price level.

Massive Sell-offs From Large Institutions Accounted For $5.5 Billion since May

According to an analyst from Arcane Research, massive sell-offs from institutions have been responsible for the drop in Bitcoin price since May. The analyst indicated that as much as 236,237 Bitcoin (BTC), worth $5.452 billion has been sold by “large institutions” as a result of forced selling. For instance, the Luna Foundation Guard (LFG), which controlled funds for the Terra project, dumped 80,081 BTC in a failed effort to protect the peg of its native TerraUSD Classic (USTC) stablecoin in May. Terra’s collapse influenced miners to sell 19,056 coins between May and June. Elon Musk’s Tesla also sold 29,060 BTC by the end of Q2. Nevertheless, the Three Arrows Capital (3AC) crypto investment firm was over-leveraged and owed lenders 18,193 BTC and other coins equivalent to 22,054 BTC.

Meanwhile, the BTC price hovers above the moving average lines as it is unable to sustain above $24K. The cryptocurrency has retraced to the low of $22,718 for further upward moves. On July 20 uptrend; a retraced candle body tested the 38.2% Fibonacci retracement level. The retracement suggests that the BTC price will rise to level 2.618 Fibonacci extension or level $28,578.03. In the meantime, Bitcoin has fallen to the low of $22,718 but it has resumed upward. 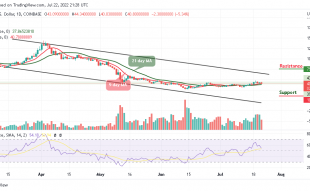 The Solana price prediction is currently heading to the south and the dip is ...