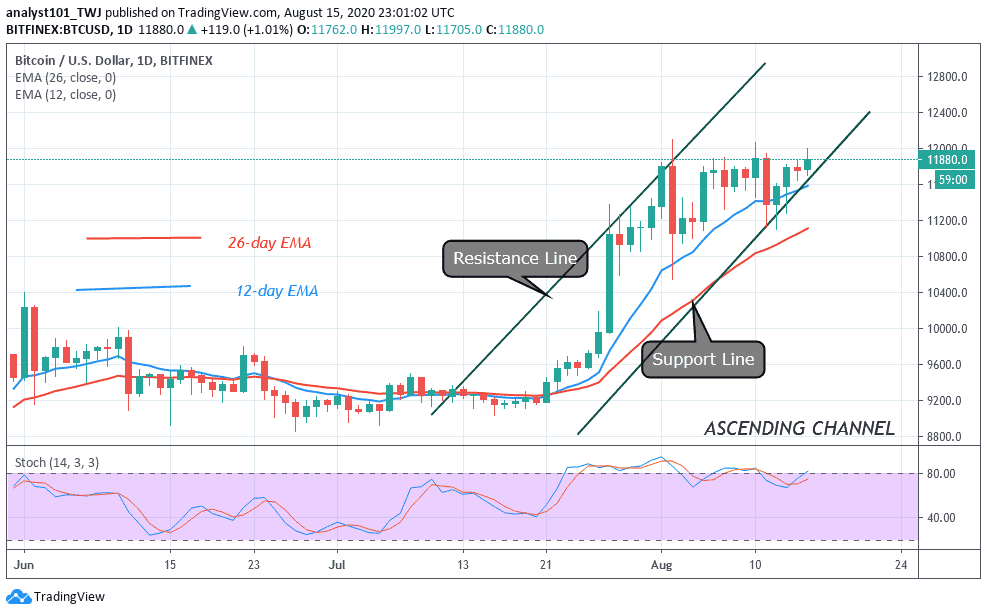 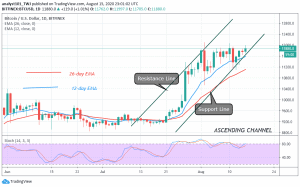 Bitcoin (BTC) Price Prediction – August 15, 2020
Bitcoin bulls are unrelenting as price closes up on the $12,000 overhead resistance. BTC/USD  is trading at the resistance zone and close to the breakout point at $11,931. At the early hours of today, the price has earlier reached a high of $11,997.

Bitcoin Trades beneath Key Resistance and Above Exponential Moving Averages
For the past two weeks, buyers have been consistently trading below the overhead resistance. At most times, price will be fluctuating between levels $11,800 and $12,000. This is creating an environment for a possible breakout. Nevertheless, Bitcoin bulls have been trading above the EMAs which indicate the upward move of BTC. However, if the bears have succeeded to break below the EMAs the market will fall.

Nonetheless, the Fibonacci reading remains the same as we await breakout possibility. Today, price has been trading at a striking distance. Once price breaks the $12,000 resistance, the market will rise to 4.236 Fibonacci extension level. Firstly, BTC will rally to its first target at the $13,000 high. 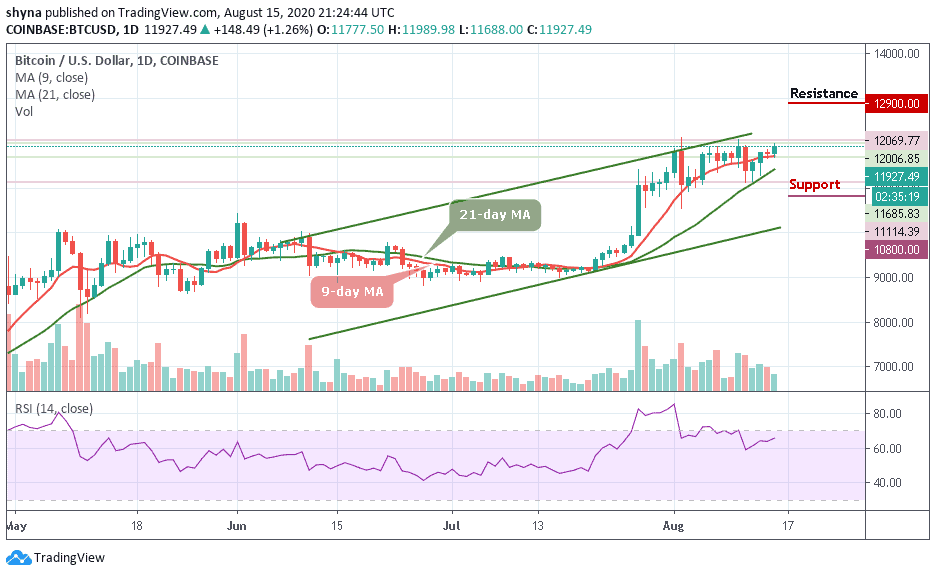