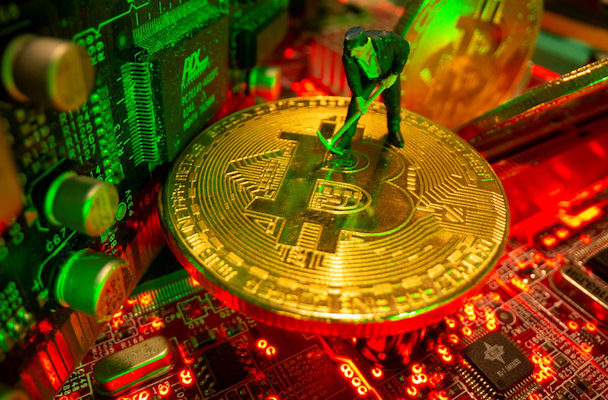 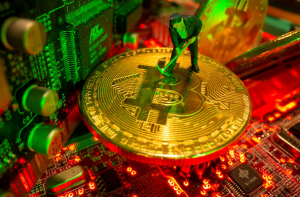 Bitcoin mining companies are increasingly selling equity, one of the least appealing ways to raise funds as profits dry up and borrowing becomes more expensive due to higher interest rates.

In July, Core Scientific Inc., one of the largest publicly traded Bitcoin miners in the United States, entered into a $100 million common stock purchase agreement with B. Riley Principal Capital II. Iris Energy Ltd., an Australian miner, announced in September that it had agreed to sell up to $100 million in equity to the same investment bank. Argo Blockchain PLC, based in London, decided earlier this month to issue stock at a discount to an unnamed investor for $27 million.

Bitcoin miners have been battered by low Bitcoin prices, rising energy costs, and fierce industry competition. During the crypto bull run, when investors expected Bitcoin prices to rise and publicly traded miners were seen as an efficient way to invest in the sector, these firms rushed to the equity market to raise money.

Mining companies that attempt to issue new shares in order to weather the ongoing digital-asset slump risk upsetting their shareholders, whose stakes are diluted. Several large miners’ stock prices have already fallen this year, with Core Scientific and the US-traded shares of Iris Energy and Argo Blockchain falling by at least 78% year to date. Since its inception in February, the $2.35 million Valkyrie Bitcoin Miners ETF (ticker WGMI), which tracks several major public miners, has fallen 73%.

“While additional dilution is painful for investors, raising equity capital is one of the only ways to shore up a miner’s balance sheet to meet their financial obligations,” said Ethan Vera, chief operations officer at crypto-mining services firm Luxor Technologies. “Another option is to fire sell assets, which can be equally or more damaging to shareholders.” 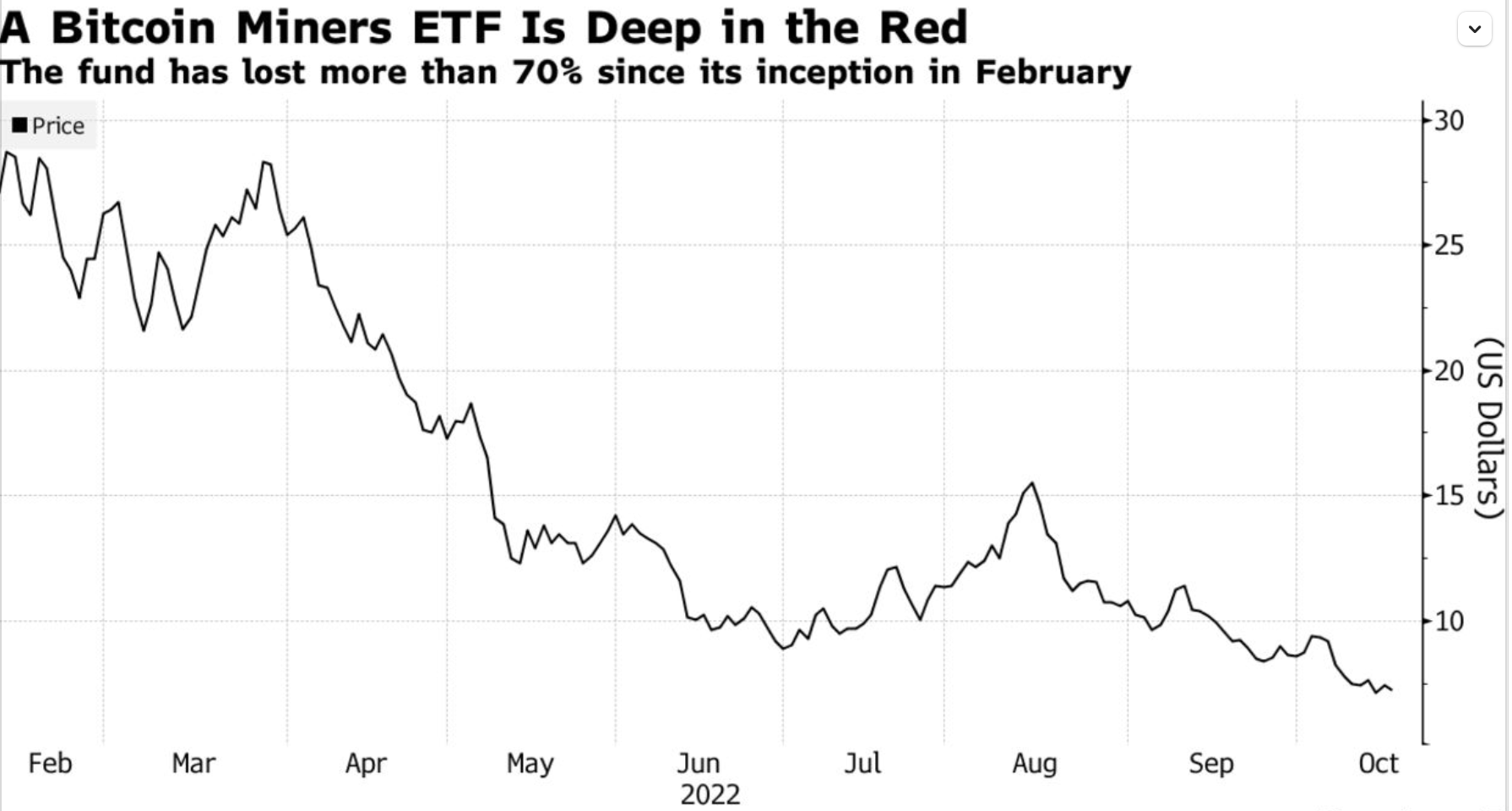 According to Daniel Frumkin, head of research and content at crypto-mining services firm Braiins, other less appealing alternatives to raising equity include selling Bitcoin at lower prices or declaring bankruptcy. Core Scientific, for example, sold about 85% of its Bitcoin reserves since the end of March, its September update indicates. The firm had $29.5 million in cash at the end of September, down 77% from $128.5 million at the end of the second quarter. The second-quarter figure does not include $11.9 million in restricted cash.

A handful of Bitcoin miners have been ramping up sales of their rigs to help them ride out the storm or at least trim their debt. But firms that took massive loans backed by the value of their mining machines are feeling the squeeze as prices of some of these popular rigs have plunged more than 80% since last November, when Bitcoin hit a record high of $69,000, Luxor’s Vera said.

This also poses a major risk to their financiers, who are already under pressure with Bitcoin lingering around $20,000 since June. Lenders, including Celsius Network Ltd. and Asia-based Babel Finance, are grappling with liquidity issues exacerbated by the crypto-market crash earlier this year. Another major crypto lender Genesis, who also lends money to Bitcoin miners, has said it’s eliminating 20% of its 260-person workforce, and its parent company had filed a $1.2 billion claim against bankrupt crypto hedge fund Three Arrows Capital.

“I don’t see lenders scaling back completely, but there is a definite focus of many lenders on ‘distressed’ miners that may be willing to accept unfavorable terms in order to avoid bankruptcy,” Frumkin said.

To be sure, not all miners raising money from the equity market are flailing.

Riot Blockchain Inc., which is another large US publicly traded Bitcoin miner, is attempting to get approval from its shareholders to issue new shares, in part to scale up operations. It withdrew a similar appeal this summer. The firm gained more than 700 coins between March and September, and it had $270.5 million in cash on hand by the end of the second quarter. Still, its shares are down nearly 74% year-to-date.

“To expand during the bear market, Bitcoin miners must raise capital,” Jaran Mellerud, crypto-mining analyst at Hashrate Index, said. “Without raising equity now, these companies will be unable to fulfill their expansion plans, and some of the most indebted ones might even go bankrupt.”

In other parts of the world, such as Norway, green energy provides a way around the current low profitability of mining. Other projects related to clean energy attempt to solve such issues. One of the most notable ones at the moment is IMPT (The Impact Project).

IMPT is an extremely innovative project, offering a variety of opportunities for users to acquire carbon credits, having the option to purchase carbon credits on the IMPT.io marketplace or acquiring them while shopping. This way, individuals, not just large businesses and corporations can help fight the climate crisis.

They have partnered with some of the biggest retailers to help users offset their carbon footprint while simply shopping. Each brand determines the percentage of sales margin that is allocated to impact projects. The sale margin is held in the user’s account in IMPT tokens until the user has enough IMPT tokens to purchase a carbon credit.

Users can also buy the carbon credits directly from the IMPT.io carbon marketplace. The IMPT.io platform offers users to choose from hundreds of previously verified environmental projects. Users will be able to sell, retire or hold their carbon credit as an investment. What’s more, the platform will reward users for retiring their carbon credits. The project envisions that after burning their carbon credits users will receive unique NFT collectibles created by artists.
IMPT.io social platform incentives and promote individuals and organizations to be more environmentally friendly. It will establish the first global score that will enable everyone to measure how impactful they are in terms of carbon footprint. The platform will provide different rankings and levels for users to measure and track their impact. IMPT.io will offer IMPT.io points, the rewards that users receive for their contribution to positive climate change. Users will receive points for multiple activities on the platform, from referrals to retiring carbon credits. This way each member of society will be motivated to drive changes.

Toward a more sustainable future

IMPT.io is a carbon-zero company. The platform is built using blockchain technology, which provides for increased transparency and security of the project. Currently, there are some concerns that blockchain is harmful to the environment. We tackle this issue by choosing a platform that follows sustainability principles. Thus, IMPT.io is built on top of Ethereum, one of the most eco-friendly and secure blockchain platforms.

The presale for IMPT has recently started, and the project has already managed to raise over5 million dollars. As the presale progresses, the price will steadily rise, meaning that the earliest buyers are the ones who will end with the best deal.

While there was a brief early adopter sale, right now, IMPT is in its first presale phase with IMPT tokens being sold for just $0.018. There are a total of 600,000,000 tokens (3 billion IMPT is the max supply) up for grabs during this round, with a further 660 million to be sold for $0.023 during round two, and another 540 million to be sold during the third and final presale phase for $0.0280. 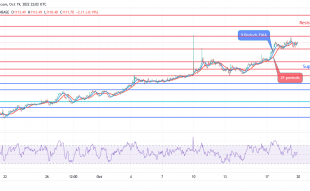 Join Our Telegram channel to stay up to date on breaking news coverage Maker ...