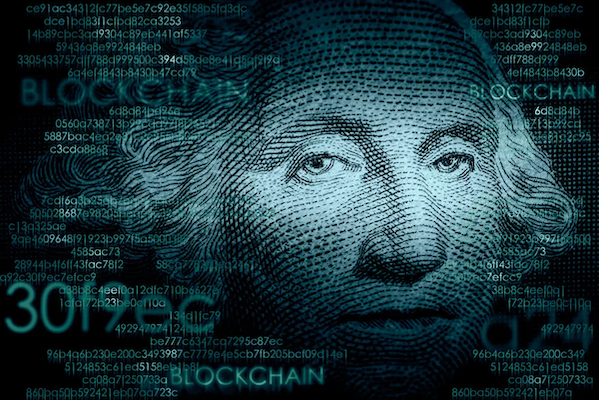 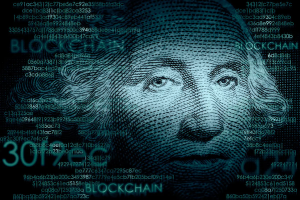 The White House ought to think about adopting a bitcoin standard given that it recently released a National Security Strategy that emphasizes the value of digital currency.

The race for bitcoin accumulation, the hardest and rarest asset in the world, is not too far off in the not too distant future, as the nation’s most hostile rivals actively pursue ways to de-dollarize the world while simultaneously publicly announcing, “the economy of imaginary wealth is being inevitably replaced by the economy of real valuables and hard assets.”

Governments won’t prohibit Bitcoin. Instead, they will eventually engage in fierce competition for it, and those who have a higher share of the 21 million will be more strategically and economically dominant than their geopolitical rivals.

Having stated that, the National Security Strategy (NSS) is a quarterly document created to convey the executive branch’s vision and act as a guide for the United States in order to help Congress carry out the directives set out by the nation’s highest office. The White House will “take advantage of this pivotal decade to advance America’s vital interests, position the United States to outmaneuver geopolitical competitors, tackle shared challenges, and set our world firmly on a path toward a brighter and more hopeful tomorrow,” according to the October 2022 NSS.

These inspiring words not only promise a better future for the American people as the U.S. fights to uphold freedom and democracy around the world, but they also acknowledge the risk of strategic errors that could worsen a situation where a country is desperately seeking light or, even worse, cause the country to lose control of its global influence. In order to achieve the finest results that advance American values and safeguard the American way of life, the U.S. must carefully consider all of its options.

“Trade and Economics” is a section of the most recent NSS that states, in part, “[the U.S.] will explore the merits and responsibly lead development of digital assets, including a digital dollar, with high standards and protections for stability, privacy, and security to benefit a strong and inclusive U.S. financial system and reinforce its global primacy.”

The rise of Bitcoin established its legitimacy in spite of being called “magic internet money” and “rat poison” during the past ten years, and since then, it has progressively entered committees and boardrooms with people in the highest positions of authority. It cannot be disregarded anymore. The NSS passage just quoted sheds light on how the executive branch now perceives the expanding relevance of new digital assets like Bitcoin.

Undoubtedly, the U.S. national debt, which is currently running a $31 trillion deficit with no signs of abating, is a factor in the growing interest in digital assets. After the introduction of a single, $1.7 trillion (or nearly 95 million bitcoin, in today’s value) expenditure package, Senator Rand Paul recently stated that “the greatest national security risk is our debt.” There is definitely cause for alarm given the enormous national debt.

A deficit of that size can only ever be paid for in one of two ways: either by default through a monetary reset or inflation. The demand for innovation to cope with this problem is developing as a result of the unmanageable level of debt. The transition to a new monetary system that will be born into being, a massive upheaval that the world has not seen since the Nixon Shock in 1971, will force the transition to a digital dollar, which is almost inevitable as the age of zero percent money rapidly approaches its end date. Instead of going into financial default in 1971, the United States completely altered its economic strategy, brought an end to the Bretton Woods era, and freed gold from its link to the dollar.

The United States will probably investigate an alternate economic strategy, as hinted at in the NSS, but this time will establish a central bank digital currency (CBDC), or a digital dollar, in order to avoid defaulting on its current debt, which is ironically a type of default.

The United States can adopt BTC

However, given that Bitcoin satisfies the requirements outlined in the NSS, it may not be necessary for the United States to create a local digital dollar. Bitcoin offers the highest levels of protection to individuals and is the toughest form of money. It is the most reliable digital asset because it continues to release a new block every 10 minutes, and it is the most inclusive financial protocol because it protects and provides services to everyone, including the 1.4 billion unbanked people worldwide thanks to its open-source protocol. The Lightning Network also encourages efficient transactions, which is arguably the most important feature.

Holders of the greatest bitcoin stacks will inevitably become more influential as more people, businesses, institutions, and nations are compelled by the market to repay debts in bitcoin rather than notes. Its inherent deflationary characteristics and absolute scarcity qualities ensure that all of the labour and value done by people are valued at their fullest and are never compromised by monetary depreciation. Last but not least, Bitcoin’s robust security system deters undesirable actors because it costs too much to launch an attack, which drives amicable and advantageous negotiations.

The Bitcoin protocol is inextricably linked to American national security interests and ideals in every way. Bitcoin does not pose a risk to national security, despite what some senior authorities claim. The U.S.’s capacity to pay its debt, “outmaneuver [its] geopolitical opponents,” and the country’s economic instrument of power, which attempts to use its wealth to influence others’ conduct, would all be greatly hampered if the Bitcoin network were ignored. The risk to national security results from further delaying the use of Bitcoin. 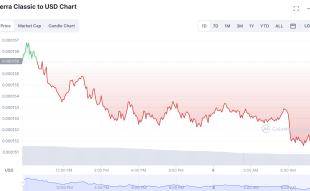 LUNC Price Prediction – Are Things Looking Up for Terra Classic