An unknown crypto enthusiast has projected the phrase, “Bitcoin fixes this,” on the Bank of England (BoE) and UK Parliament buildings to show dissatisfaction with the way monetary policies are going in the country.

According to Dominic Frisby, a Twitter user who took a snapshot of the projection and posted it online, the messages appeared on the exterior walls of both the BoE and the Parliament.

The unknown crypto enthusiast went back to the BoE to project “money printer goes brrrrrr,” as reported by Frisby.

Looks like our caped crusader paid another visit to the Bank of England last night. pic.twitter.com/loeQUWV9ml

The ‘Bitcoin Fixes This’ phrase sometimes comes with substitutions such as ‘Bitcoin solves’ or ‘Bitcoin can solve this,’ which is mostly used by crypto enthusiasts to point out that many inefficiencies of the conventional finance system can be solved by using Bitcoin or blockchain technology.

Although it is unknown who is behind the ‘Bitcoin Fixes This’ initiative, the photo has already been turned into a nonfungible token (NFT).

A pseudonymous user nicknamed “Fraz” launched a 24-hour auction for the NFT representing a photograph of the projection.

It is being sold on Rarible, a digital marketplace, for a minimum bid of 0.1 Ethereum.

“The original and only photo (3MB), with the Artist’s hidden hallmark, from April 30, 2021, of the epic projection onto the Bank of England.” the auction details read.

While it may seem that the central bank is skeptical about Bitcoin and other cryptocurrencies, it has recently taken greater steps toward the rollout of a central bank digital currency (CBDC).

The BoE Governor, Andrew Bailey, had previously said he believes that no existing cryptocurrencies will last. Bailey, however, believes in CBDCs as the bank has been making progress in preparing to launch a digital currency.

The bank also recently collaborated with the UK HM Treasury to launch a joint task force to tackle CBDC design challenges. The group was created to enable a “strategic approach” in analyzing CBDC related issues and to promote close cooperation between the central bank and the finance ministry.

In addition to the task force, the BoE also created an internal division called the “CBDC unit,” reportedly headed by the bank’s deputy governor Jon Cunliffe. 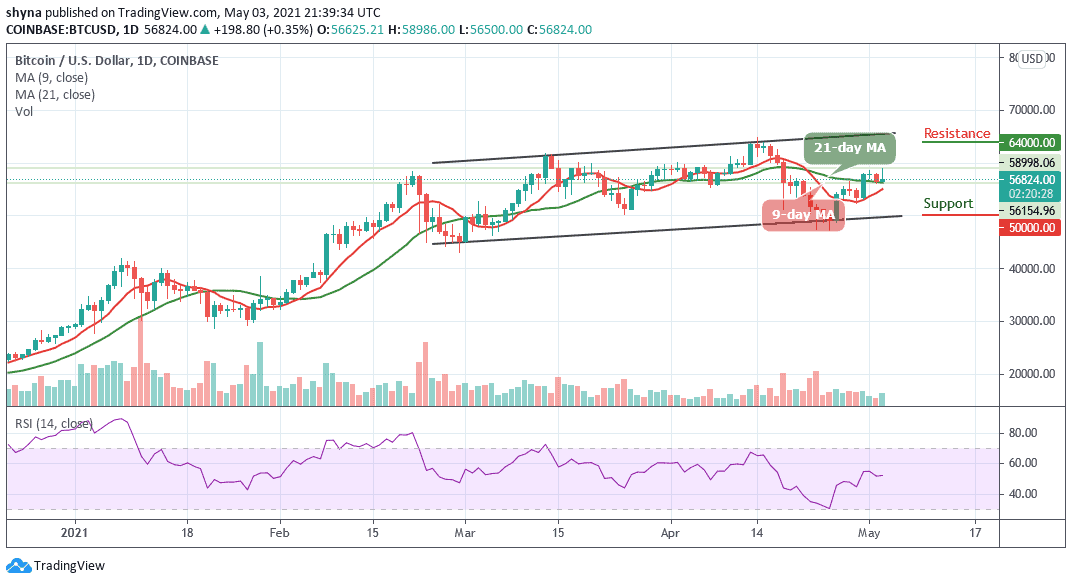 Bitcoin Price Prediction: BTC/USD Retreats; Could it be a Recovery to $60,000 Resistance?