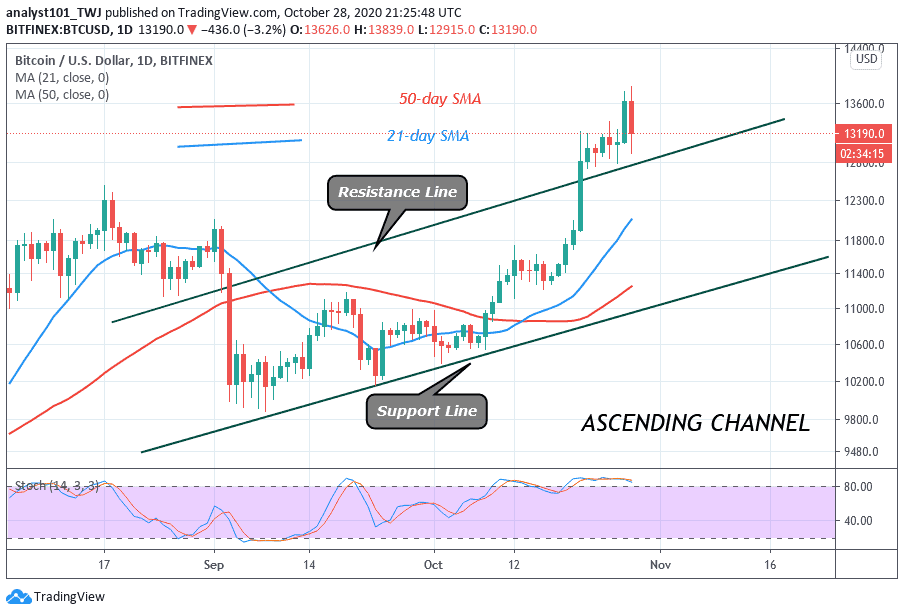 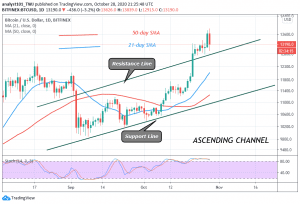 With the recent breakout above $13,200, BTC price reached the $13,800 high . The upward move was repelled as the price fell to a $13,200 low. The coin is hovering above the $13,200 support. The uptrend will resume upward if the support level holds. However, buyers could not sustain the recent price movement. The rejection at the $13,800 has made BTC to fluctuate between $13,200 and $13,800. Meanwhile, BTC price is above the 80% range of the daily stochastic. The market is trading in the overbought region. The current downward movement of prices was a result of sellers pushing the price to the previous low. BTC price will resume the current uptrend if price retraces and finds support above $13,000 support.

Meanwhile, Bitcoin bulls are recouping above $13,040 support after the rejection at the $13,800 resistance. BTC price will resume an upward move. On October uptrend, the retraced candle body tested the 38.2% Fibonacci retracement level. It indicates that BTC will rise and reach level of 2.618 Fibonacci extension. That is the high of $14349.60 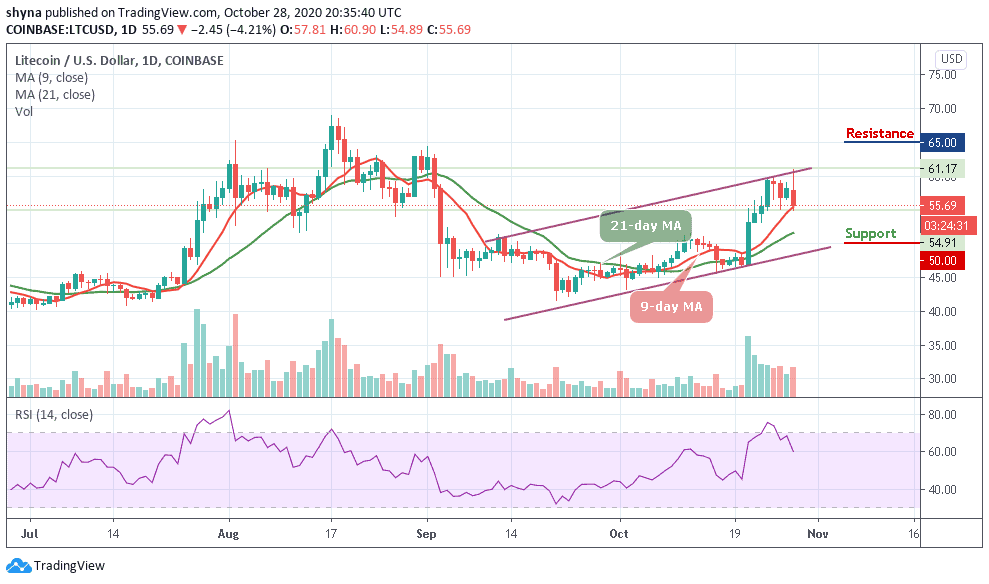