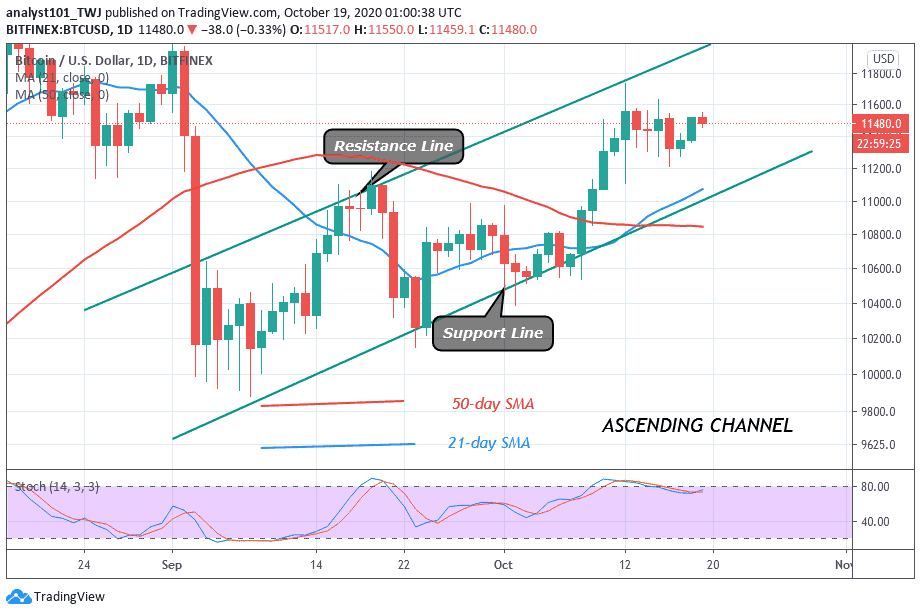 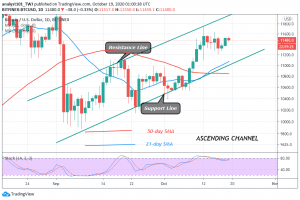 On the upside, a break above the resistance zone will propel BTC to pick up momentum to resume a fresh uptrend. Nevertheless, the bulls have retested the current resistance zone on three occasions but without a breakthrough. Usually, a resistance level becomes weaker after several retests. Eventually, if the bulls break the resistance zone, BTC will have an accelerated price movement on the upside. The coin will rally above the $11,800 resistance. Subsequently, the $12,000 overhead resistance will be retested or broken. The momentum will extend to the $12,400 resistance. However, if BTC price turns down from the overhead resistance, Bitcoin will be compelled to another range bound movement.

Meanwhile, the king coin is likely to break the current resistance at the $11,550 high. According to the Fibonacci tool, a break above this resistance will catapult the coin to retest the $12,000 overhead resistance. On October 12 uptrend, BTC was resisted, the retraced candle body tested the 78.6% Fibonacci retracement level. With this retracement, it implies that Bitcoin will rise and reach the 1.272 Fibonacci extension level. That is the market will reach the $12,175.80 high. At that price level, BTC will reverse and return to 78.6% Fibonacci retracement level where it originated. 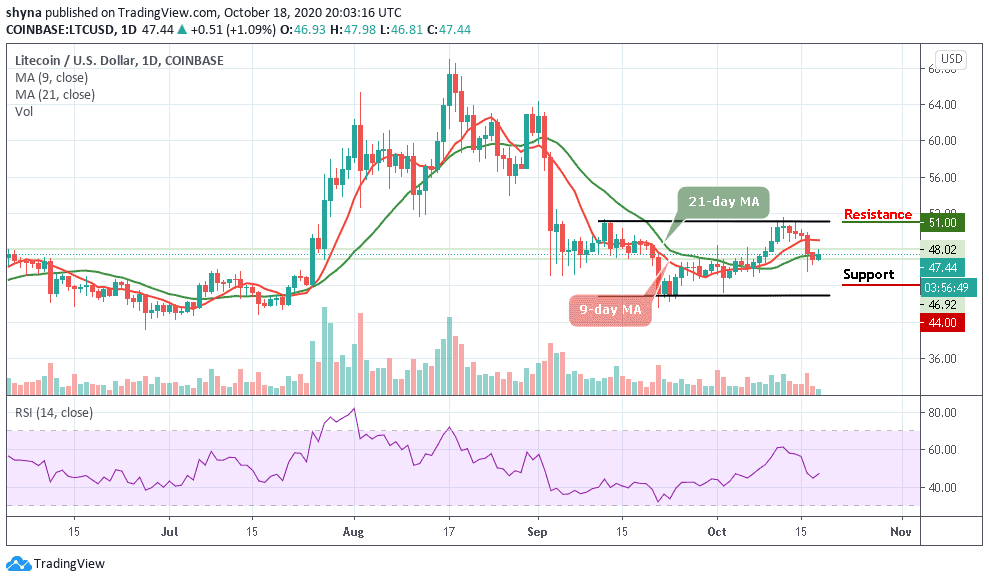 LTC Price Prediction – October 18 Since a few days ago, Litecoin (LTC) has ...