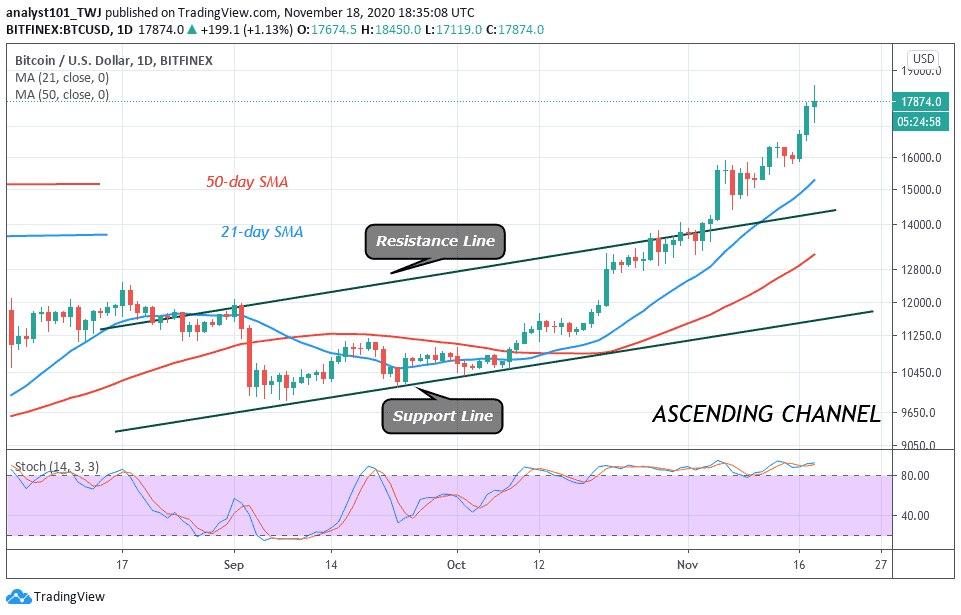 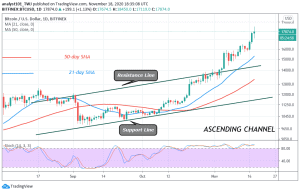 For subsequent upward move, Bitcoin has to battle the resistance at $18,500. Analysts believe that the $18,500 resistance is a major resistance level where breaking the resistance level will catapult Bitcoin to a greater price level. In other words, a break above $18,500 will push Bitcoin to rally above the $20,000 price level. In the meantime, the price movement has been restricted between $17,450 and $18,250. To push upward, buyers have retested the $18.250 resistance twice. The price has been repelled as it consolidates above the lower price range.

On the upside, a breakout at the $18,250 or $18,500 will propel BTC to a high of $20,000. Similarly, a breakdown below $17,450 will sink BTC to a low at $16,700. Meanwhile, since October 29, Bitcoin has been trading in the overbought region above the 80% range of the daily stochastic. This indicates that the bulls have control of the market than the bears. Bitcoin is also trading in a strong trending market as the overbought region of the market fails to hold.

Mexico’s Second Richest Man Invests 10% of His Liquid Portfolio in Bitcoin
Ricardo Salinas Pliego is the 166th wealthiest person in the world. In Mexico, he is the second wealthiest person and has indicated that 10% of his “liquid portfolio” has been invested in Bitcoin. The billionaire shares a video captured in “a Latin country”. According to him, he said: “He asserted that “paper money is worth nothing,” adding: “That is why it is always good to diversify our investment portfolio.” 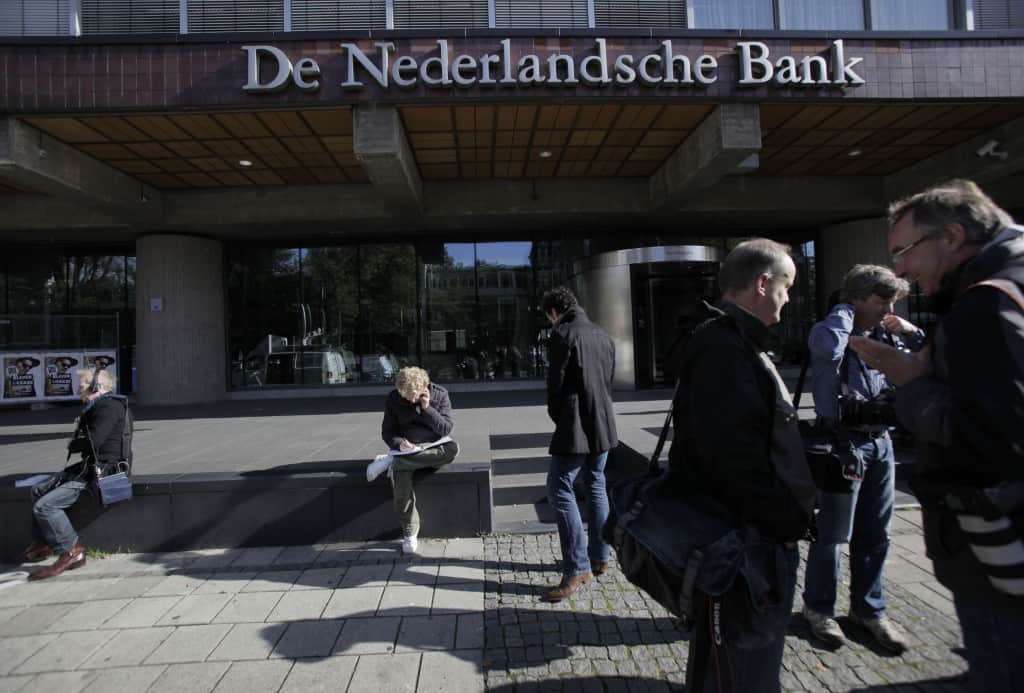 The Dutch cryptocurrency industry has become the poster child for rebellion against authorities. Players ...