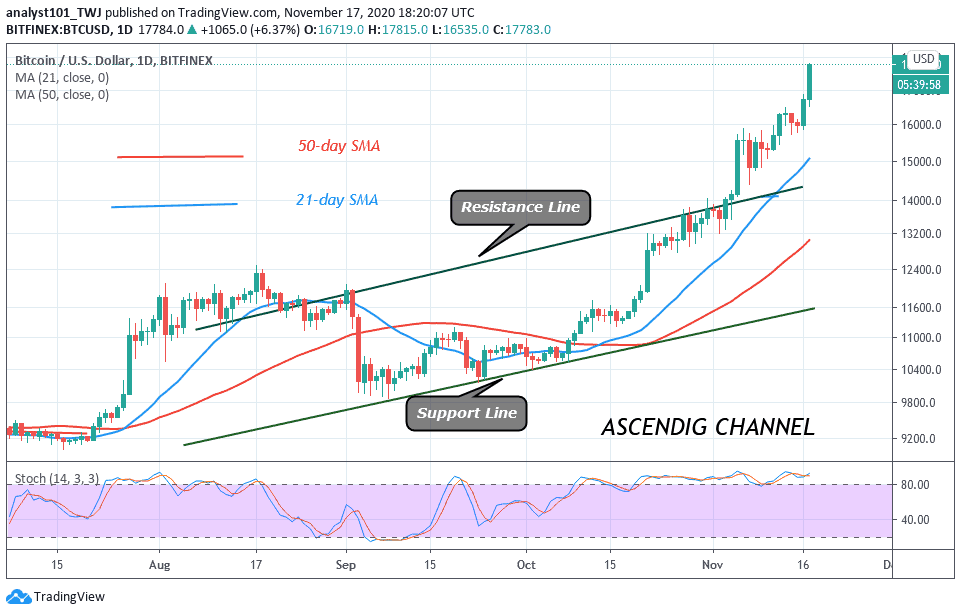 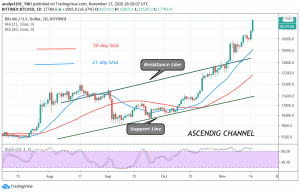 Today, Bitcoin has achieved its target price of $17,200 after the resistance at $16,800 was breached. BTC price is gradually rising to achieve the $20,000 price level. The bull market has been favored by a strong uptrend. The strong trend has enabled Bitcoin to trade in the overbought region of the market. The market has continued to trend higher despite the overbought condition of the market.

The strong trend has also enabled BTC to make corrections within days. For example, on November 13, buyers were not able to break the $16,400 resistance as BTC was repelled. Nonetheless, On November 16, price corrected upward to break the $ 16,400 resistance as the market rallied to $16,800. Today, the bulls have pushed price to the $17,800 high. Presently, BTC is retracing from the recent high. Perhaps, the King coin will have to make another correction before resuming the upside momentum.

Mike Novogratz’s Galaxy Digital to Launch New Bitcoin Fund in Canada
Galaxy Digital is a crypto currency merchant bank founded by Mike Novogratz in Canada. The new Bitcoin fund came into being as a result of good trading volumes in the third quarter of 2020. On November 16, Galaxy Digital has partnered with a Canadian investment company CI Global Asset Management to launch a public Bitcoin fund in the country. In the current dispensation, CI GAM has acquired a receipt for a first-round prospectus for the initial public offering of the CI Galaxy Bitcoin Fund.

In the prospectus, the fund has units of Class A and Class F units at $10 each. According to a working memorandum of understanding, the CI GAM will be responsible for managing the new Bitcoin fund. Galaxy Digital will act as its subadvisor, meaning that it will execute all BTC trading on behalf of the fund.

Nevertheless, Bitcoin has broken the $16,000 and $17,000 price levels. According to the Fibonacci tool analysis, a retraced candle body tested the 50% Fibonacci retracement level. This retracement indicates that Bitcoin will rise to level 2.0 Fibonacci extension That is the high of $18,147.60. 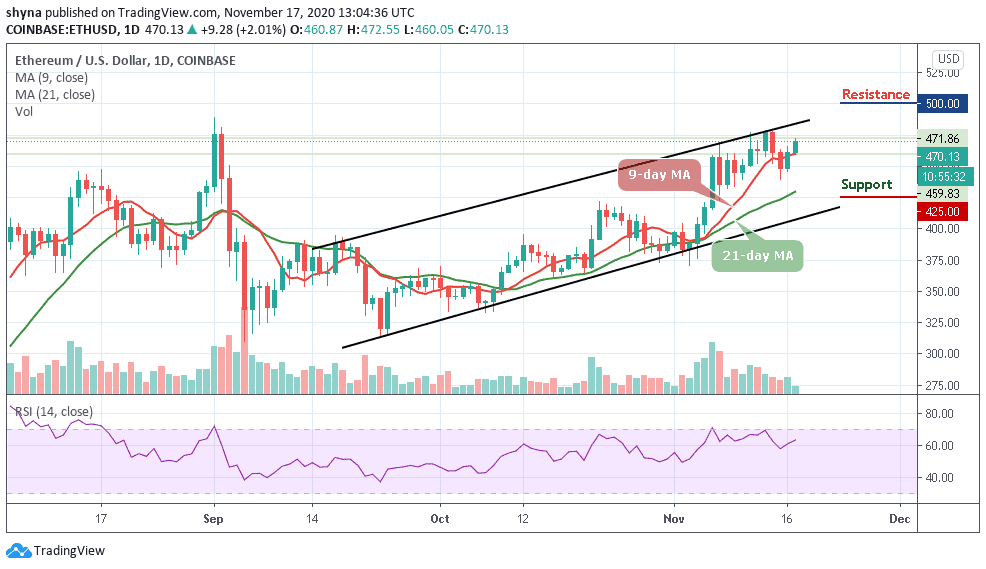 ETH Price Prediction – November 17 The Ethereum bulls need to pull above the ...