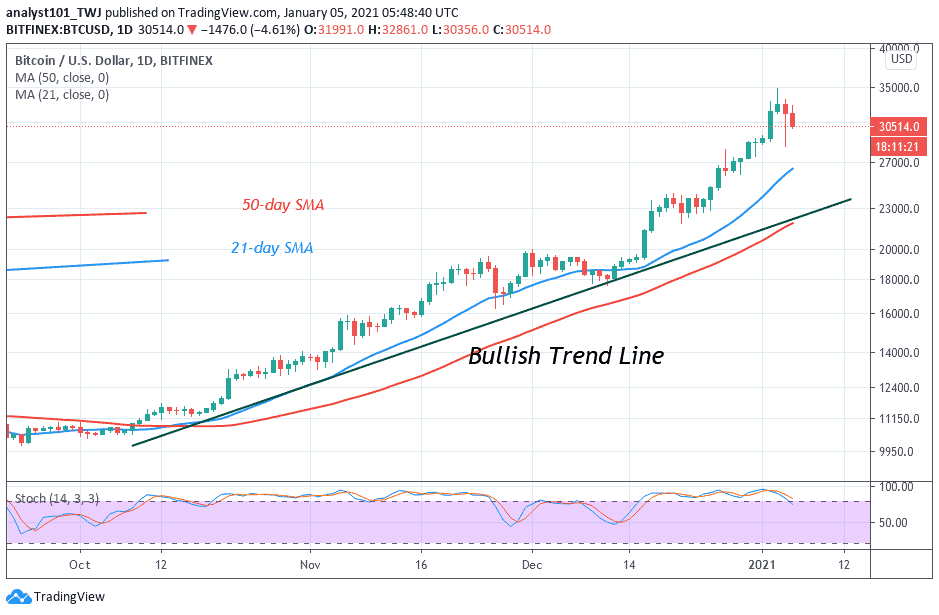 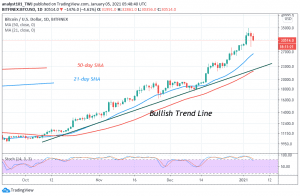 Bitcoin (BTC) Price Prediction – January 5, 2021
Bitcoin has continued its downward move after its rejection from the $35,000 high. BTC/USD has fallen above $30,000 and there is an indication of a further downward move. However, on January 4, Bitcoin crashed to $28,540 and pulled back immediately. Analysts believe that Bitcoin dropped by 12% since the price surge above the $20,000 psychological price level.

Following its rejection on January 3, Bitcoin dropped from $35,000 to $32,268. After a minor correction, BTC plunged to $28,540 and pulled back. The pullback was short-lived as the downward move resumed. After the retest at the $33,700 high, the downtrend resumed. The selling pressure will continue to $30,000 low. The downtrend will persist if the $30,000 support breaks. And BTC fall will extend to $22,000 low. Conversely, if the $30,000 support holds, BTC will rebound to resume upside momentum. Bitcoin bulls will attempt to retest the $40,000 resistance level. However, the upward move will face stiff resistance at the $37,000 high. In the meantime, the BTC price is hovering above $30,000 support.

Bitcoin Price Falls to $27k Low as Volatility Affects Binance’s Long Traders $190 Millions in Liquidations
On Monday, January 4, the BTC price crashed to $27,700 low and rebounded immediately within seconds. According to on-chain analytics resource Glassnode, a total of $190 million was lost on Binance by futures traders with long positions. Earlier on, analysts have warned that the bull run will not last forever as traders took on substantial risk. They are betting and trading on new highs continually.

From the price action, the bulls are attempting to defend the $30,000 support as Bitcoin resumes upward. However, the Fibonacci tool analysis will hold, if the current support fails to hold. On January 4 downtrend; a retraced candle body tested the 50% Fibonacci retracement level. The retracement indicates that Bitcoin will fall to level 2.0 Fibonacci extensions or the low of $ 22,081.40. 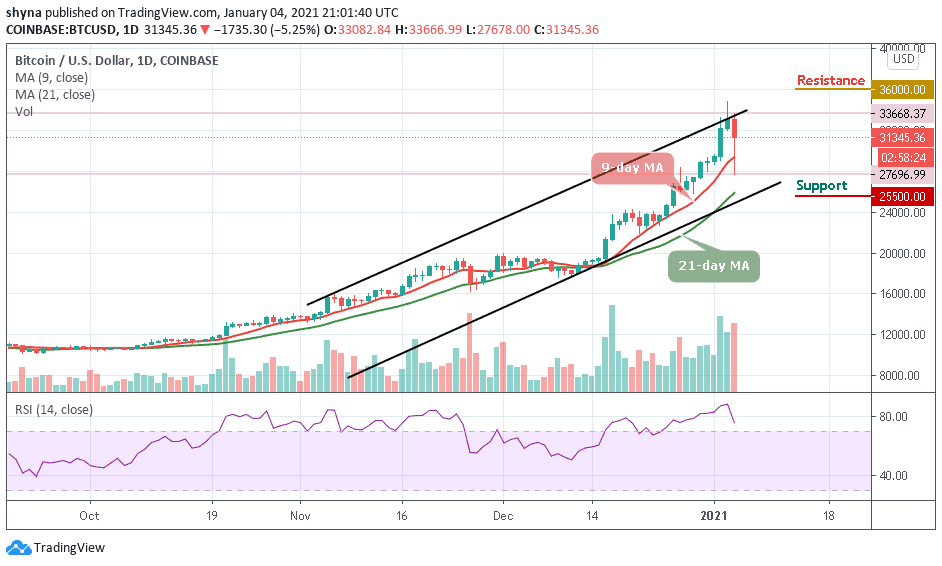