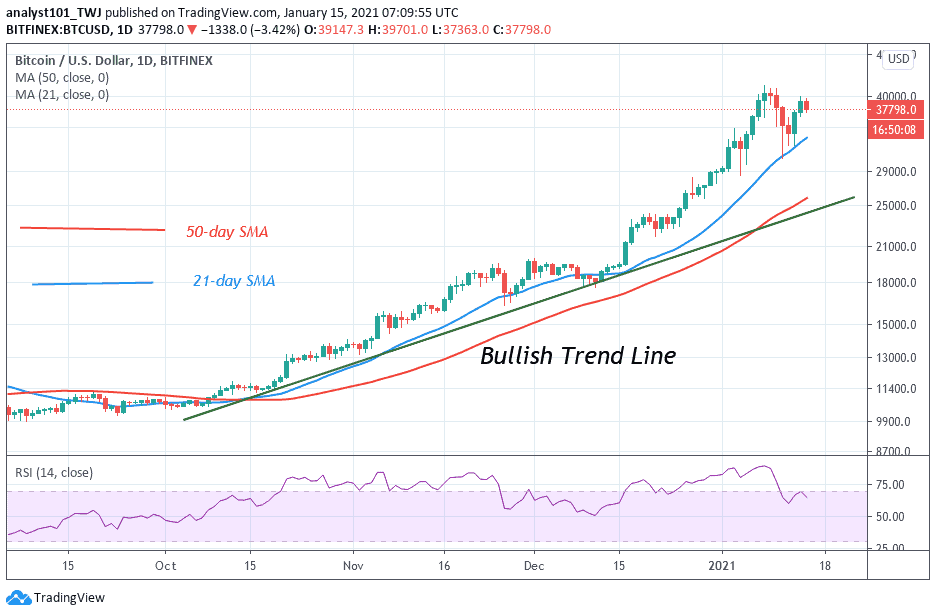 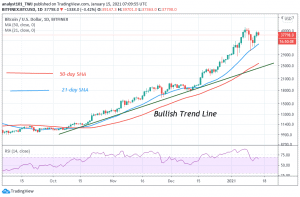 Bitcoin (BTC) Price Prediction – January 15, 2021
BTC/USD is facing another rejection at the psychological price level of $40,000. Today, the price is falling and approaching the low of $38,000. On January 8 and 10, when the peak price was first attained, the crypto crashed to $31,327 low. The bulls bought the dips as the BTC price moved up to reclaim the previous high.

On January 14, the Bitcoin price surged again and retested the $40,000 resistance zone. BTC price reached a high of $39,988 and was repelled. In the previous attempts, buyers pushed BTC above the psychological price level but could not sustain the upside momentum. Consequently, the crypto crashed to $31,327. The reason for the crash was as a result of Bitcoin trading in the overbought condition for several weeks. Analysts believe that vertical rallies increase the risks of a sharp decline.

Programmer Has Two Password Guesses Left Before Losing $266m in Bitcoin
A German-born programmer in San Francisco, Stefan Thomas may lose $266m in Bitcoin. According to the New York Times, Stefan Thomas used a hard drive called an IronKey but lost the paper on which he wrote down the password for the device. The bottom line is that if Thomas fails to remember the password after 10 failed guesses, it will result in the drive encrypting its contents forever.

He has tried eight guesses without any luck. He has two more password guesses to make before losing $266 in Bitcoin. Nonetheless, Thomas has held enough Bitcoin over the years to make a fortune. According to reports, he is wealthy and barely knows what to do with it. He also joined Ripple and acquired XRP, although the company’s legal issues may not affect him over the project’s prospects.

Bitcoin has resumed its upside momentum as it retests the $40,000 high on January 14. According to the Fibonacci tool analysis, Bitcoin is likely to move above the psychological price level. On January 8 uptrend; a retraced candle body tested the 78.6% Fibonacci retracement level. This implies that the coin will rise to level 1.272 Fibonacci extension. That is, Bitcoin will rise to a high of $48,371.10. 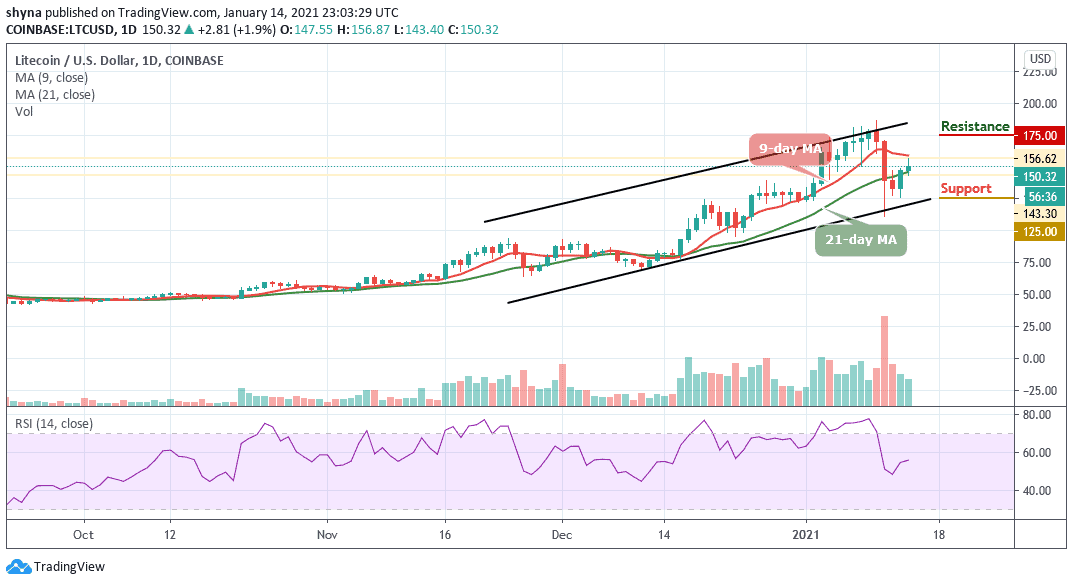 LTC Price Prediction – January 14 LTC/USD manages to maintain its position above the ...