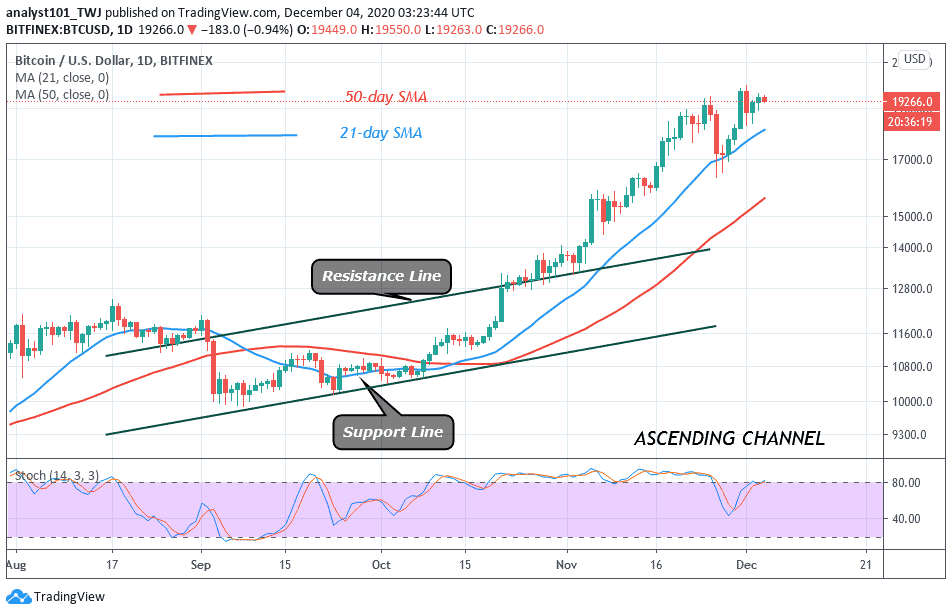 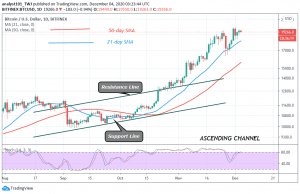 Buyers are attempting to push BTC above the $20,000 overhead resistance. From the price action, the BTC price has been moving upward after three days of correction at each resistance. Since November 30, buyers have been battling to penetrate the $19,740 resistance. A breakout at $19,740 will propel the price to rally above $22,000. Subsequently, the bullish momentum will on the upside. However, if a breakout fails to occur at the $19,740 resistance; the BTC price is expected to continue to consolidate below the overhead resistance. Meanwhile, BTC is above the 80% range of the daily stochastic. The coin is now in a strong bullish momentum. The prices are expected to rise in the overbought region.

Oldest Bitcoin Mining Pool “Immortalizes” Bullish Reuters Headline
Slush Pool is the world’s oldest mining pool. According to the news on Twitter, Slush Pool has earlier said that the pool’s miners wanted to “immortalize” the bullish Bitcoin headline from mainstream media. This will enable it to remain forever on the Bitcoin blockchain. Meanwhile, Reuters has published an article about the weakening U.S. dollar while Bitcoin was hitting all-time highs on Dec. 1. In the article, columnist Gertrude Chavez-Dreyfuss noted that the U.S. dollar’s drop came at a time when the news of a second COVID-19 relief bill was discussed in the United States Congress.

Meanwhile, Bitcoin is trading below the recent high after failing to break the resistance at $19,740. The Fibonacci tool has indicated an upward movement of the coin. On November 30 uptrend, the bulls retested the recent high twice but were repelled. However, on December 2, the retraced candle body tested the 61.8% Fibonacci retracement level. This retracement indicates that BTC will rise to level 1.618 Fibonacci extensions. That is, Bitcoin will reach a high of $22,112.90. 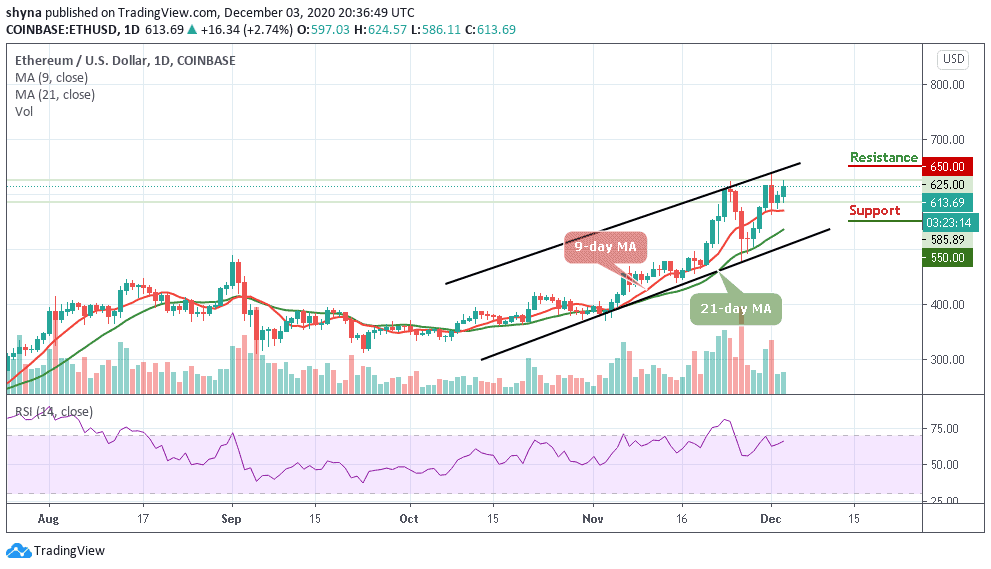 Ethereum Price Prediction: ETH/USD May Push the Market Price above $650 as Bulls Set Target at $700