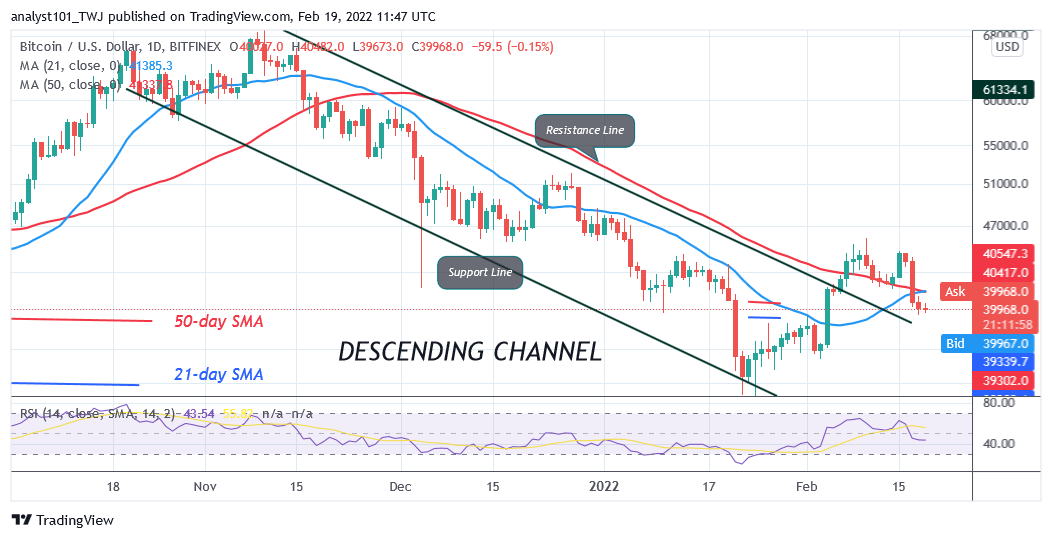 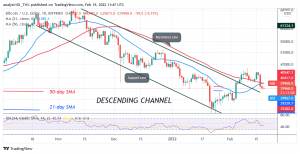 On February 17, the bears succeeded in breaking below the $41,800 support as BTC price attempts a rebound. The breakdown signals the resumption of a downtrend. In retrospect, the largest cryptocurrency has been range-bound between $41,800 and $45,000 price levels. The bulls made several attempts but failed to break the $45,000 overhead resistance. Sellers have regained temporal control of prices as BTC/USD declines.

Following the rejection at the $45,000 overhead resistance, Bitcoin’s (BTC) price has resumed selling pressure. The bears succeeded in breaking below the $41,800 support which resulted in the current downtrend. On the daily chart, the BTC price drops sharply below the moving averages, signaling the resumption of the downtrend. Today, the largest cryptocurrency has fallen to the low the $39,686. This is an important crucial support level to watch. The bears will attempt to break below the $39,000 support. On the other hand, the bulls will attempt to defend the current support to regain bullish momentum. On the downside, if the bears succeed in breaking below the $39,000 support BTC’s price will drop to $36,000 low. Similarly, if the support holds, buyers will attempt to push the crypto above the moving averages. If they succeed, Bitcoin could gradually rally toward $45,000 overhead resistance. Today, buyers and sellers are struggling above the $39,000 support as bulls push BTC price above the $40,000 psychological price level.

“Freedom Convoy,” is a series of ongoing protests against COVID-19 vaccine mandates and restrictions. According to reports, Canadian Prime Minister Justin Trudeau has exercised the Emergencies Act on Monday, enabling local regulators to freeze Freedom Convoy protesters’ bank accounts and monitor “large and suspicious transactions,” involving crypto. In a similar event, Ontario Superior Court Justice Calum MacLeod has issued an order freezing all the digital assets and bank accounts associated with “Freedom Convoy”. Consequently, global cryptocurrency enthusiasts have expressed concerns over Canadian authorities freezing bank accounts and crypto wallets involved in funding local COVID-19 protests. Kraken’s CEO has indicated that the Police are likely to freeze more wallets, advising to move crypto out of exchanges. Also, a report by the Toronto Star has shown that the amount of funds frozen so far in bank accounts and digital wallets with Bitcoin and other assets is more than $1 million.

Meanwhile, Bitcoin has fallen to the low of $39,686 as BTC price attempts a rebound. It is consolidating above the current support for a possible upward. Buyers have already pushed the crypto above the $40,000 price level. The king coin is capable of revisiting the previous high if it overcomes the initial resistance at $42,000. 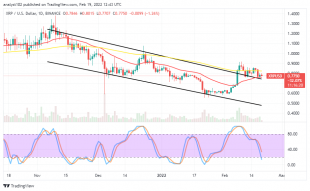 Join Our Telegram channel to stay up to date on breaking news coverage XRP/USD ...