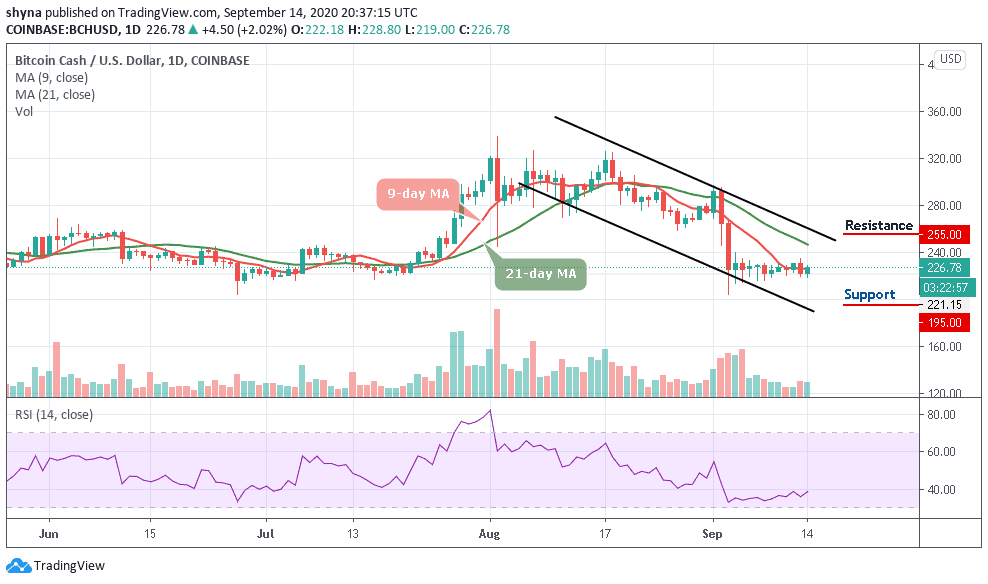 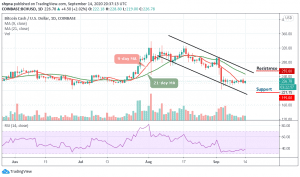 Bitcoin Cash has recovered from the intraday low as the price is moving within the short-term bullish trend.

BCH/USD is recovering from the intraday low of $219 and hit $228 during early Asian hours. At the time of writing, BCH/USD is changing hands at $226.78, having gained over 2% since the beginning of the day and 4.50$ on a day-to-day basis. Despite the recovery, the eighth-largest digital asset with the current market value of $4.2 billion and $2.5 million trading volume.

What to Expect from Bitcoin Cash (BCH)

BCH/USD hit the recent bottom at $219 and has been growing slowly ever since. However, if the bulls maintain the upward trend, it may likely cross above the 21-day moving average which could push the market price to the resistance levels of $255, $265, and $275, taking the price to cross above the channel. Meanwhile, strong selling pressure may drag the price below the 9-day moving average.

However, while trading below this level, a bearish continuation may likely bring the price to the supports of $195, $185, and $175. Meanwhile, the technical indicator RSI (14) is seen moving below the 40-level, indicating that possible bearish movement may come into play.

With Bitcoin comparisons, the market has evolved for a while in a very different way. But currently, the sellers are gaining the market as they are moving under the 9-day and 21-day moving averages around the lower boundary of the channel while the RSI (14) moves towards the oversold region.

However, the downtrend is seen giving the sellers the confidence to increase their entries. More so, if the bears succeeded in the broken price, one would expect the market to fall to the support level of 0.020 BTC and below. Meanwhile, a rebound could increase it to the resistance level of 0.023 BTC and above. 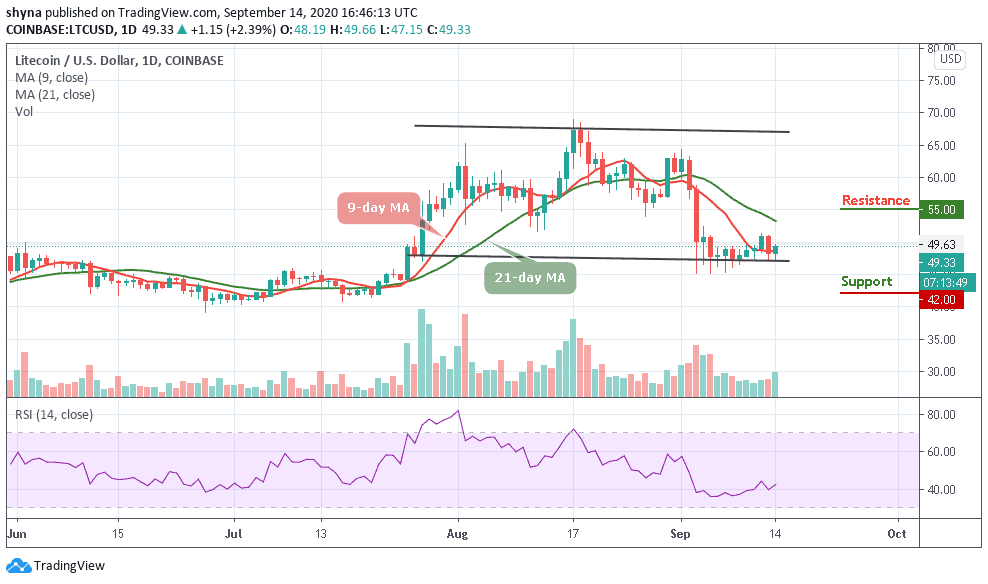