Homenewsbank of russia plans to use cryptocurrencies for international trade

A senior official from the Bank of Russia has revealed that the institution was open to using cryptocurrencies to facilitate international trade.

On May 31, the First Deputy Governor of the Bank of Russia, Ksenia Yudaeva, said that the country did not “object to the use of cryptocurrency in international transactions.” However, like other central banks worldwide, the institution was opposed to Russian citizens engaging in cryptocurrencies because they threatened the financial sector.

According to Yudaeva, the use of cryptocurrencies by citizens posed a great risk to the country. The official also added that the risks caused by crypto activities could be especially large for the country, given that the economy has already been disrupted by sanctions.

“We still believe that the active use of cryptocurrency within the country, especially within Russia’s financial infrastructure, creates great risks for citizens and users. We believe that in our country, those risks could be reasonably large,” Yudaeva added.

Yudaeva further added that the risks to financial stability posed by the sanctions imposed against Russia had dropped significantly. Banks in the country now had enough liquidity in foreign currency.

Possible use of crypto in Russia

Cryptocurrency usage in Russia has increased significantly over the past year. During the onset of the invasion of Ukraine, crypto trading volumes spiked significantly, but they later dropped. 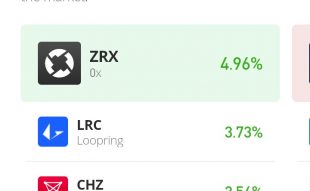