BabyDoge came into the limelight in 2021 after it was mentioned by Elon Musk in a tweet. The meme coin has since acquired a significant community following, and it is still making developments to seek further growth.

BabyDoge to launch a DEX

Baby Dogecoin announced the launch of its own decentralized exchange (DEX) dubbed “BabyDoge Swap.” In a tweet talking about an NFT launch on April 20, BabyDoge talked about the unique features of this DEX.

The DEX will have a high level of utility and introduce a burn feature into BabyDoge’s ecosystem. The details about the operations of this DEX are still scant, and additional details are yet to be revealed.

“After NFTs, we will be dropping #BABYDOGESWAP. It has unique features we will be announcing shortly that support the use and increase burn of #BABYDOGECOIN,” the tweet said.

BabyDoge also shared a 58-seconds video demonstrating how the DEX will function. The video included details of how the BabyDoge Swap would look and how its features will work. Users on this DEX will not be required to register, and it will promote easy trading by simply linking wallets to BNB Chain.

The demo video on the launch of this DEX was used to illustrate to the community that BabyDoge Swap is fully ready and will be released after the minting of a public NFT.

BabyDoge is currently the third most popular meme coin in the cryptocurrency market. The meme coin boasts 1.1 million followers. The token peaked at 1.50 million holders, showing that it is more attractive to retail investors than the leading meme coins, Dogecoin and Shiba Inu.

Since the beginning of 2022, BabyDoge has burned around 17 quadrillion tokens valued at more than $54.3 million. The wallets are burned by sending them to a dead cryptocurrency wallet. 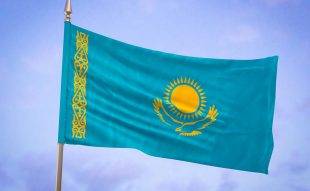 Kazakhstan Bitcoin miners could be subject to increased taxes