AR, the token that Arweave’s decentralized data storage network, is an outperformer in the cryptocurrency space this Tuesday. According to CoinMarketCap, the cryptocurrency was last trading higher by about 4.5% in the last 24 hours, meaning it is the second-best performing cryptocurrency in the top 100 by market capitalization over this time period. According to TradingView citing Binance data, AR/USD was last up just over 3.0% on Tuesday, having rallied back above its 21-Day Moving Average at $9.45 to the $9.70 area.

Price Prediction – AR Headed Back Above $10?

Arweave price predictions have become more bullish on Tuesday, despite the fact that the cryptocurrency has for now found resistance just under $10 in the form of recent highs and its 100DMA. That because AR has formed an ascending triangle, a technical pattern that often forms as price pressure builds ahead of a bullish breakout.

If AR/USD can muster a meaningful push above the $10 level and get above its 100 and 50 DMAs (at $10.00 and $10.27 respectively), then the cryptocurrency could be in for a quick run towards the next key area of resistance in the low $11.0s per token in the form of the 20th of November high and the 200DMA. Whether Arweave could then make a push all the way back to its H2 2022 highs in the $17s per token is another thing.

One potential source of upside for the AR token is if its network continues to experience exponential growth. According to Warp Contracts, who build smart contracts on top of the Arweave blockchain, November was one of the best months for the network.

1/ 🍂 November was one of the best months for the network.

The amount of data uploaded, as well as the number of individual uploaders, continued to grow, while storage remained extremely affordable.

Instagram users are now able to issue digital collectables for their posts, stored on Arweave.

Cryptocurrency networks that experience rapid sustained growth over a sustained period of time tend to see outsized gains in the price of their cryptocurrency in the long term. AR investors will be hoping that Arweave’s positive growth can eventually translate into a price rally.

November’s price spike on the Meta partnership news ended up as a false breakout from the cryptocurrency’s long-term downtrend. A sustained pushback above AR’s 200DMA at $11.30 could herald more than just a recovery to H2 2022 highs in the $17.0s. It could be the beginning of a bull market that might see AR go all the way back to its late 2021 record highs in the $90s.

Dash 2 Trade is currently conducting a token pre-sale at highly discounted rates. D2T token sales recently surpassed $8.7 million. The sale is very close to entering its fourth phase, with over 99.8% of stage 3 tokens now sold. When the sale enters its next stage, prices per token will be lifted to $0.0533 from $0.0513. 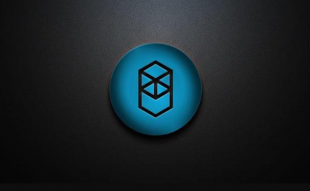