APT, the native token that powers the Aptos blockchain, has been surging in the last two days. Since the beginning of the week, APT/USD has surged more than 40%, taking its gains since the late December record lows just above $3.0 per token to over 80%. Price predictions are thus bullish.

Price Prediction – Where Next For APT?

APT’s recent upside was seemingly triggered by a breakout above a downtrend that had been suppressing the price action going all the way back to when the token first began trading on exchanges back in October. This breakout began earlier this month, but only really gained traction in the last two days amid a broader uptick in cryptocurrency market sentiment, perhaps as traders bet that a weakening US economic outlook will deter the US Federal Reserve from getting too aggressive with its monetary tightening in 2023.

Either way, APT has been able to hit its first bullish target, the early December high in the $5.50 area. If it can muster a sustained break above this level, which it hasn’t been able to just yet, then that could open the door to a test of resistance at $6.70 then of the record highs in the $10.30 area. That would mark a further 85% rally from current levels.

APT’s rally comes one day ahead of a major token unlock, which some traders think could be a near-term headwind to further price appreciation. According to TokenUnlocks, only just over 139 million of the total supply of 1 billion APT tokens are currently unlocked, or close to 14%.

In terms of the Aptos token vesting schedule, APT will be gradual released for most of the rest of the year. But the speed of APT “inflation” will increase rapidly in November, when investors and core contributors also start getting their hands on locked tokens.

With cryptocurrency markets generally having performed poorly in recent weeks, investors might be looking to diversify their holdings with the discounted presale tokens of some promising, up-and-coming crypto projects. Here is a list of a few that analysts at InsideBitcoins think have the potential to perform well.

FGHT can also be used in peer-to-peer fitness wagers. FightOut’s FGHT tokens are currently selling for 60.06 per 1 USDT, and interested investors are encouraged to move fast to secure their tokens, with the pre-sale having already raised over $2.8 million in just a few weeks. FGHT is the token that will power the FightOut crypto ecosystem.

Those interested in investing in a promising crypto trading platform start-up should look no further than Dash 2 Trade. The up-and-coming analytics and social trading platform hopes to take the crypto trading space by storm with a host of unique features. These include trading signals, social sentiment and on-chain indicators, a pre-sale token scoring system, a token listing alert system and a strategy back-testing tool.

Dash 2 Trade’s ecosystem will be powered by the D2T token, which users will need to buy and hold in order to access the platform’s features. Dash 2 Trade is currently conducting a token presale that was originally supposed to have ended a few days ago, but has been continued due to massive token demand.

The raise total recently surpassed a massive $14.2 million, with the token set to be listed on its first centralized cryptocurrency exchange, Gate.io, in just one day. Investors should thus move quickly to secure tokens before the volatility begins. Tokens are currently selling for $0.0533 each. 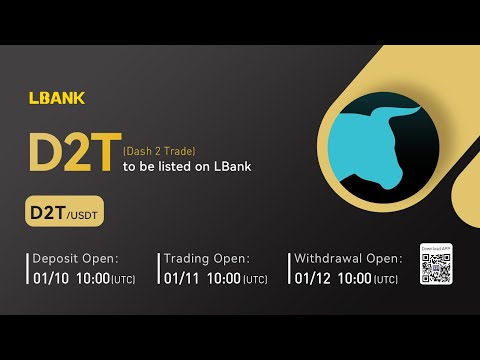 Investors should also note that Gate.io will also be conducting a D2T token airdrop worth $120,000. Users can sign up for the airdrop here.

C+Charge has just started its pre-sale of the CCHG token that its platform will use to pay at EV charging stations. Tokens are currently selling for $0.013 each, though by the end of the presale this will have risen by 80%. Investors interested in getting in early on a promising environmentally friendly cryptocurrency project should move fast, with the project having already raised nearly $240,000 in just a few weeks since the presale launch.

Investors should note that remaining tokens could be scooped up quickly. A crypto whale recently scooped up over $99 worth of CCHG in one transaction, as can be verified here on BscScan. 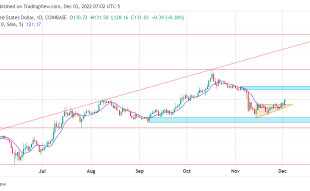