One of the most exciting gaming developments on the blockchain horizon is the non-fungible token, which promises a new and exciting order. Top NFT games have begun to take shape powered by the transparency, security, and speed of blockchain technology, giving gamers a chance to be even more immersed in never-before experiences. In this article, we’ll go over some of the top NFT games available today.

But first, it’s time to learn about what NFTs are and what these special tokens can do for your favourite games.

NFT games let players do more than just stand back and watch the show, by allowing them to play an active role in its narrative and events. These games offer a great opportunity to kick-start game development on blockchain networks by anchoring game assets to decentralized economies. This is made possible because games can now be launched on blockchains and residents will be encouraged to play.

These tokens are distinguishable and tamper-proof while preserving the rarity and uniqueness of some in-game items so that they can be valued at a higher price than other less rare token items.

Players now own their game assets as a result of changing the gaming model from “pay-to-win” to “play-to-earn”. The players now pick between one of three strategies for successfully owning their game assets: to create NFTs and/or breed new characters, purchase digital items on native markets, or unlock and earn and new and special items.

Integrating NFTs with popular game themes, these titles are leading the charge on the global scene. Here are some must-play games that implement NFT integration to elevate play.

Axie is a game that brings us all of the nostalgic feels of Pokémon while adding blockchain twists to make gameplay more challenging & exciting. Players collect virtual pets, called Axies, with their own genetic imprint for competitive battles with other players, where the weakness and strength of Axies is passed down to offspring. To cash in on these battles cost a certain amount, which can be paid with a token that the developer has issued called Axis Infinity Shard (AXS).

Playing Axie Infinity is easy, you just have to purchase 3 Axies, assign one as your Stable Master for breeding, one as Champion to defend your Stable Master, and one as Scrounger to collect Jewels. However, this game is Ethereum-based, so there are many hoops through which you would need to jump before actually beginning playing.

The game of Alien Worlds is a team-based multiplayer space exploration game. Teams are responsible for exploring unknown planets using complex algorithms to discover workable planets with the best opportunity of survival. Unlike other games, this one give players something they can do more of or find ways of increasing the number of Trilium they have available, by spending less time competing against each other.

Players of the game Alien Worlds will find augmented reality, where they complete in-game quests by building and assembling NFTs of individual gameplay. By electing for their six counselors, players of the game can make key decisions on how the game is developed.

Sorare is a Blockchain-based trading card game that has players collecting or buying cards to compete in competitions. As of October, almost 200 clubs have been officially licensed as Sorare users as the timeline goes on. To name a few renowned names Paris Saint-Germain, Liverpool, Real Madrid, and Bayern Munich are included.

The four rarity categories for cards are commons, rare, super-rare and unique. You start with a deck of random commons but complete certain onboarding tasks to receive a deck of rare cards. Purchasing a deck at the very least is necessary to progress up their division leagues and attain a prize.

Sandbox 3D is an open NFT game platform to trade your specific voxel objects. The Sandbox toolkit sets you up with building pieces, biome settings, landscapes, textures and music, so you can get designing without needing to worry about the complexities of coding.

Sandbox 3D is an open-world game where you can manipulate various objects by calculating how they interact. Sandbox also has extensive tools for designing the models and selling the models for a profit on different markets. It also allows players to create their own games.

Sandbox 3D creates a lush virtual world for gamers to use SAND tokens as the native currency. With this ERC-20 coin you can buy a number of products on the Sandbox3D marketplace – from stunning in-game assets to physical cards. In addition, you can earn LAND tokens, Sandbox 3D’s NFT token which has high value.

The Battle of Guardian intends to foster a fun, entertaining gaming environment with long-term potential. A future of virtual reality has yet to be born, but each new game released is backed by the Battle of Guardian. All are based on the blockchain, enabling customization with non-fungible tokens, unique graphics, and an economy full of rewards.

Not all gamers like to purchase gameplay with money. Games like Guardian, which contribute less than 10% of the global gaming market are popular because of their reliance on sociality, collectiveness, and the community.

The game blockchain-fied cats, allowing users to buy, trade, and breed these felines. The game is built on the Ethereum network and was published by Dapper Labs in November 2017. It’s indisputable that CryptoKitties brought developers over $120 million in the games first two months, but its success will depend on expanding user base after all.

Collecting digital cats has captivated many people in the past year, due to the game flooding on the Ethereum network. In CryptoKitty, players can buy a new one in the marketplace or combine two existing ones to make a new, unique one. If you’re not sure what kind of cat you want, you could try looking at completed breeding in the Marketplace to see how that will turn out.

Breeding unlocks rare attributes and allows you to earn rewards through your collection of digital cats. You can also collect them on KittyVerse, where they participate in catfights. You can even do puzzles with other players on this platform.

The worlds of online gaming and NFTs have merged to the point where they are currently strongly intertwined within the gaming industry. People are not just enjoying the all-new gaming universes thoroughly, but also concurrently participating in its growth and development ahead.

With the impressive increase in the adoption of cryptocurrency, more than 300 million people are already using these digital currencies and the numbers are only growing.

A study suggests that millennials are the biggest blog post audience, with 38% of them being between 21-38 years old. Interestingly, education has not been found to be a significant predictor of whether people blog or not.

These NFT games are becoming increasingly popular, due to their ability to provide monetary benefits. As the gaming industry become increasingly commoditized, cryptocurrency may have a role to play.

It has the scarcity needed for investment, proven ownership rights, and the ability to transfer gaming items or assets between players that would otherwise be unavailable. With the growing interest from billionaire investors and retail traders, cryptos have been taken more seriously by large media companies.

Most of these NFT games are being developed in 2021 and a few of them are already available to play. More immersive games will be out by 2022 when we can expect features such as “non-finite” resource models and augmented reality. Developers who start sooner will have the means to acquire an early edge. They can remove middlemen and “seamlessly” integrate into the future we never thought we could become accustomed to! So, get ready for NFT games and start funding your NFT wallets. 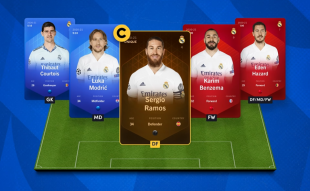