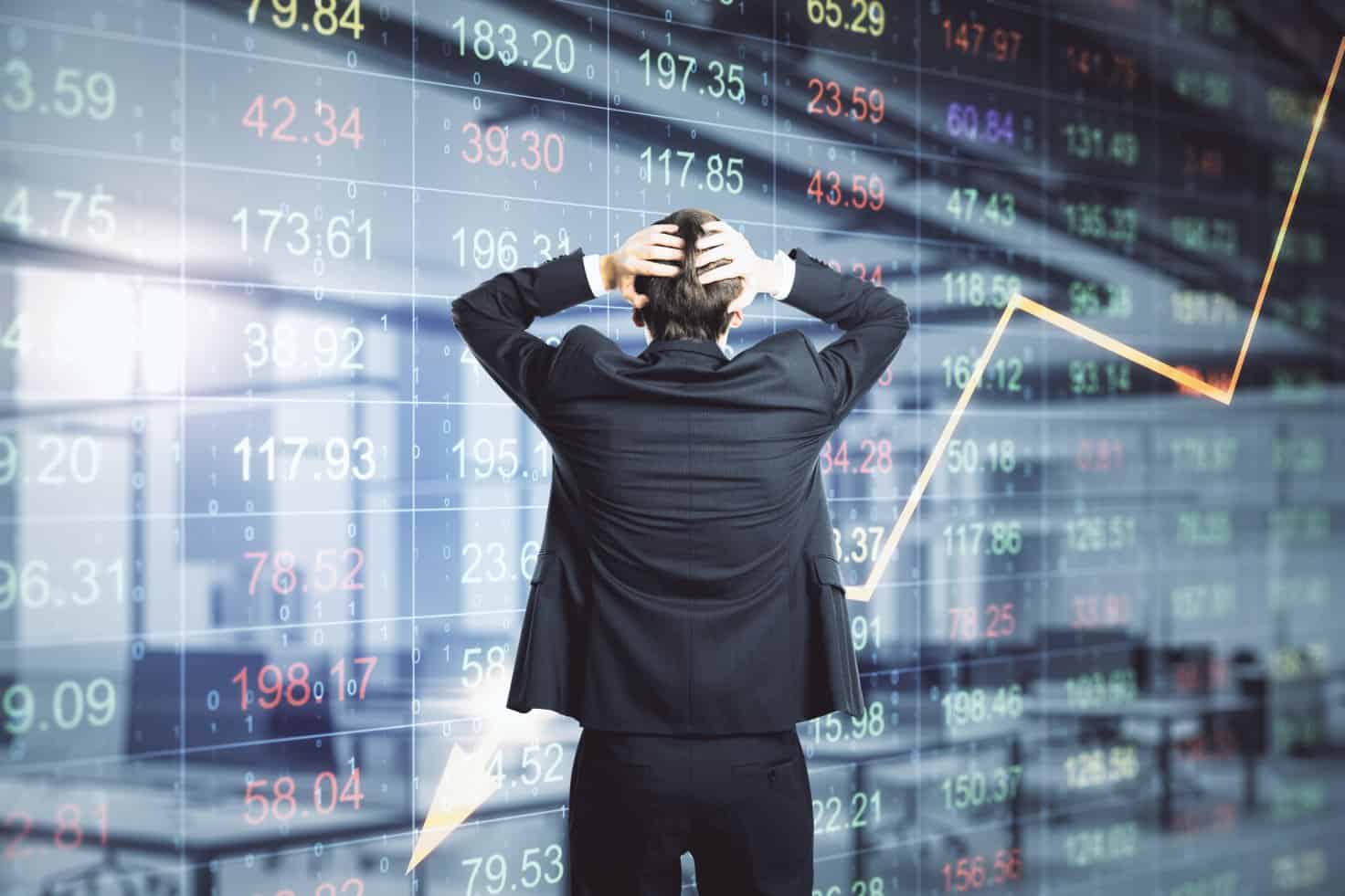 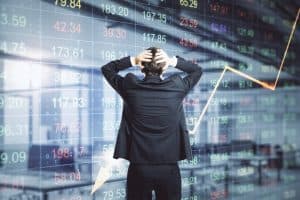 Crypto prices are off to a weak start this week, with Bitcoin and Ethereum losing psychological support levels as the market traded in the red. According to data compiled by Coinmarketcap.com, the total value of all cryptocurrencies has dropped by 1.46% to $1.04 trillion, while trading volume has decreased by 0.47% to $70.04 billion.

Let’s investigate the 5 reasons why cryptocurrency markets have started on a low note since the start of the week.

One of the first reasons why the crypto market took a hit is due to the consequences of the ongoing Twitter feud between SBF and CZ, with major currencies such as Bitcoin dropping below $21,000 support and now hovering around the $20k region and Ethereum dropping below its $1600 support.

It happened soon after CZ Binance tweeted that they would be liquidating their FTT holdings of 22 billion FTT tokens. This was done in response to a leaked document that hinted that FTT might be going insolvent soon. The news led to massive FTT sell-offs, and the token’s price dropped by 21% in the last 24 hours.

I'll be patient for at least another week, likely more.
Don't see a good technical reason to get involved.

PA & TA looks shit, the world burns, and on top of all that CZ has a public petty squabble with Sam on Twitter making them both look like pre-teens. pic.twitter.com/gCAERZaZBY

CPI data to be released on Thursday

Secondly, the Federal Reserve dominated the performance of crypto-assets in the final week of October post its decision to hike up interest rates by another 0.75 percentage points.

The Consumer Price Index data is one of this week’s most important components, with most investors anticipating its arrival in hopes of seeing its impact on the crypto market.

Experts polled by Bloomberg predict annual inflation of 7.9%, down 0.3% from September’s estimate.

If the CPI report comes in lower than expected, it might be good news for cryptocurrencies and risky assets since the Fed may be more likely to slow the pace of rate hikes.

Coupled with the above two reasons, the upcoming U.S. midterm elections are a more pressing matter than the usual releases of inflation data and unemployment claims and might serve as a cause of volatility in their own right.

Popular social media influencer @CryptoGodJohn reportedly informed his fans that he does not need to rush to acquire cryptocurrency right now but is still ready to wait.

Personally, I am in no rush just yet to start buying

He continues by saying that this week will be the most important for cryptocurrency because of the upcoming midterm elections on Tuesday, the CZ vs. SBF controversy on Wednesday, and the CPI on Thursday.

After initial volatility caused by the rate rise announcement quickly disappeared a few days later, it became clear that the move had been more of a misleading tone-setter than anything more.

Meanwhile, Capital Hungry, another pundit, warned of the impact of increased CPI inflation, saying that if US CPI this week is still high, there is a potential that it would see an upside on gold reversed, USD strength returned, and Equities bears back in action.

At the time of writing, the U.S. dollar index (DXY) was going to make up for its significant 2% daily fall on November 4.

The fourth reason which caused the crypto market to start slow this week is because of Elon Musk (who recently became CEO of Twitter) getting sued by Twitter employees in a class-action lawsuit in response to the company’s announcement of widespread layoffs.

Multiple reports claim that on November 4, Musk initiated huge layoffs at Twitter, resulting in a reduction of the company’s 7,500-person staff. After purchasing Twitter on October 27 for $44 billion, the CEO was rumored to lay off as many as half of the 3,500 employees working there within days.

Numerous organizations throughout the world, not just Twitter, have laid off large numbers of employees recently due to the continuous slump in the technology industry.

Twitter workers have launched a lawsuit against Musk in federal court in San Francisco as a result of the layoffs. The lawsuit claims that Twitter’s practice of firing workers without proper notice violates state and federal regulations.

The federal Worker Adjustment and Retraining Notification Act prohibits mass layoffs by major corporations without 60 days’ notice. Attorney for civil rights Lisa Bloom said that Musk disregarded the law, which requires any California business with more than 75 workers to comply.

All Twitter employees, according to the lawyer who filed the class-action complaint on Nov. 3, Shannon Liss-Riordan, should be informed of their rights. Employees should be aware that they are not giving up any rights by signing any documents and that they do have a means of enforcing their rights.

Similarly, she is well-known for having sued Tesla in June 2022 after Musk had laid off around 10% of the company’s staff on the same grounds. Despite Musk’s characterization of Tesla’s lawsuit as “trivial,” Tesla prevailed in a private arbitration hearing instead of a public trial.

Staff reductions are only one of several changes being made at Twitter since Musk’s takeover, which also includes the introduction of paid account verification.

The last but not least reason for crypto to have a slow this week is due to Musk’s conflicting feelings about cryptocurrencies, praising it one minute and ridiculing it the next. Despite this, many people who think blockchain might change the world have fantasized about how Twitter could expand its blockchain capabilities under his guidance.

Dogecoin, a joke cryptocurrency, has seen its popularity soar in the days running up to the deal’s finalization thanks to Musk’s encouragement.

Twitter has also taken action in the cryptocurrency space. Co-founder and ex-CEO Jack Dorsey is a vocal proponent of the cryptocurrency Bitcoin. During his time at the helm, the firm introduced a way for users to collect tips in Bitcoin, formed the Twitter Crypto division, and founded Bluesky, a separate initiative focused on the creation of a decentralized social media platform.

After Jack Dorsey’ walked out in November, the social media platform introduced many changes, including the ability to tip using Ether, the use of nonfungible token profile photos, and the acceptance of USD Coin stablecoin payments.

What will happen to these endeavors under Musk’s leadership is unclear, given his crypto-ambivalence in the past and the chance that he may eliminate the platform’s digital-asset employees along with other high-profile executives.

In 2021, he accepted Bitcoin as payment for Tesla’s electric vehicles, but he ceased doing so less than two months later due to environmental concerns.

Musk’s commitment to cryptocurrencies seemed to have diminished while he worked on acquiring Twitter. In May, Binance Holdings Ltd., the popular crypto exchange, provided $500 million in funding for Musk’s deal and is rumored to be putting up a team to explore the prospective benefits of cryptocurrencies for the social media behemoth.

Twitter’s decision to add more crypto features might boost digital asset usage, but it would also give Musk more power in a space where many people want to see more decentralization instead.

Previously, Musk has expressed a desire to turn Twitter into a “super app,” and has spoken greatly of WeChat, which enables users to engage in instant messaging, games, financial transactions, and even watch videos.

With other creators like Revolut Ltd. entering the crypto space, it is an obvious step for Elon Musk to include digital assets. Dogecoin is a possible candidate for inclusion in a larger range of cryptocurrency tipping alternatives due to Musk’s apparent enthusiasm for the token.

Popular photo-sharing app Instagram is likewise increasing its NFT usage. Despite Musk’s making fun of these very assets in the past, which also includes Twitter’s decision when they announced that they would be allowing authenticated NFT profile pictures, there are chances of him introducing a plethora of NFT features.

For example, there’s the possibility of allowing users to create a profile using an NFT profile picture, making them responsible for their content, something that Lens Protocol is already doing.

Twitter’s embrace of cryptocurrencies has lagged behind that of Facebook and Google, but these measures may help close that gap.

Keeping in mind that when these features are implemented, and it would be heavily monitored for Twitter, it is all at an arm’s-length under Musk’s leadership.

Looking For a Hidden Opportunity?

Investors are leaning more toward digital assets that have not yet made it to a crypto exchange due to the present market uncertainty. Tokens that have not started trading publicly yet can provide significant profits. 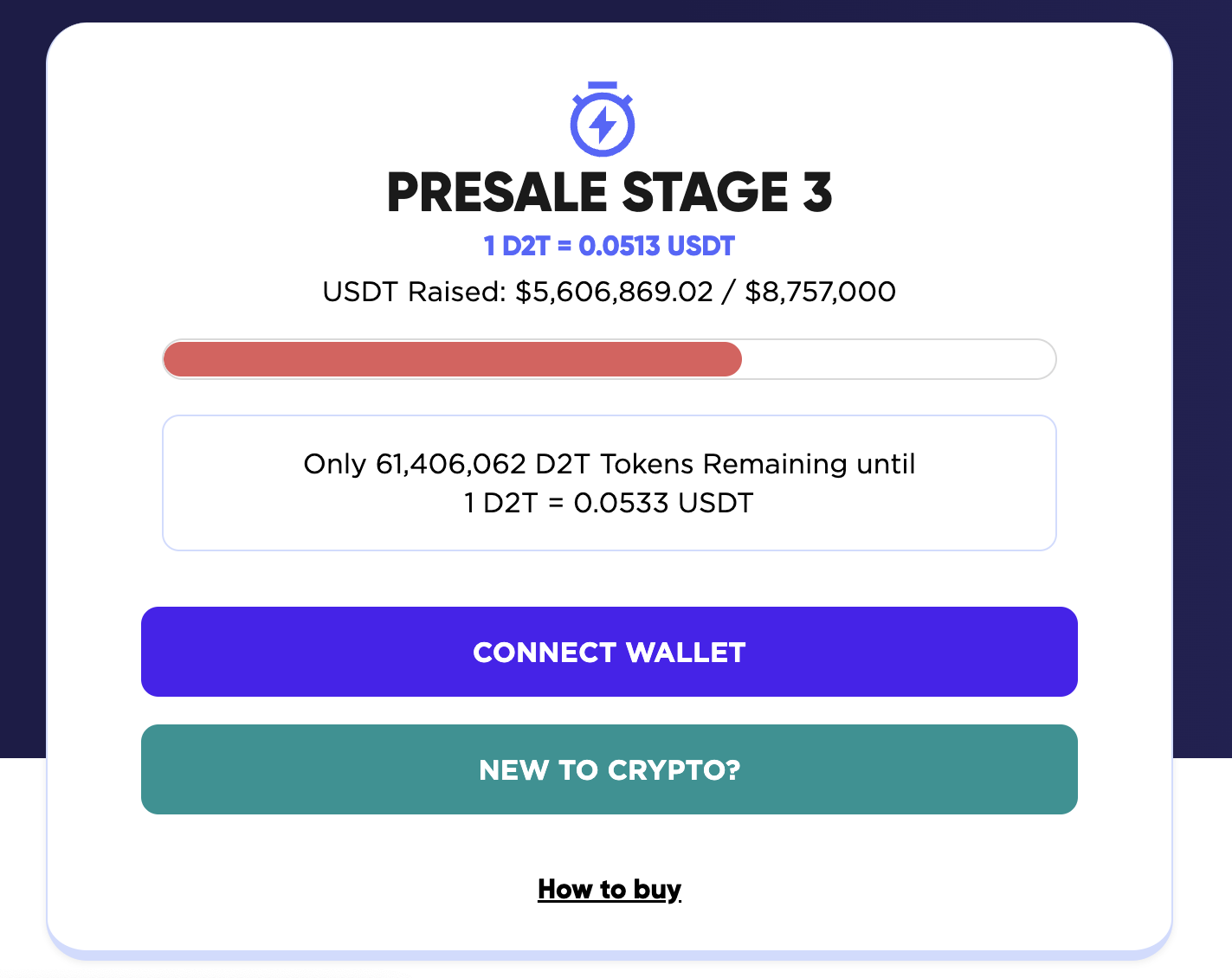 Dash 2 Trade, now in its presale phase, is a native cryptocurrency of all-inclusive crypto analytics and research platform that democratizes access to powerful crypto investing tools for retail traders.

The genre-defining utilities of Dash 2 Trade, such as social analytics and presale crypto appraisal, bode well for its future success in 2022 as a presale offering.

Dash 2 Trade is currently in the third round of its presale, having raised $5.6 million of its $8.7 million goal, providing an opportunity of a lifetime for those who want to get in early and wish to purchase this cryptocurrency at a discount price of 0.0513 USDT. 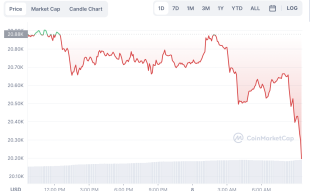 Bitcoin Price Prediction: Why BTC Has Slipped Back Below $21K, Where Next?