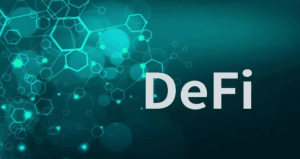 With the decentralized finance (DeFi) space on a rebound, the time is perfect to buy DeFi coins. Data from DeFi Pulse shows that assets locked in DeFi protocols could cross the $80 billion mark again. Now that investors understand the value of DeFi coins, there is an understandable hunger for them. Below, we’ll look at 10 of the best DeFi coins available. 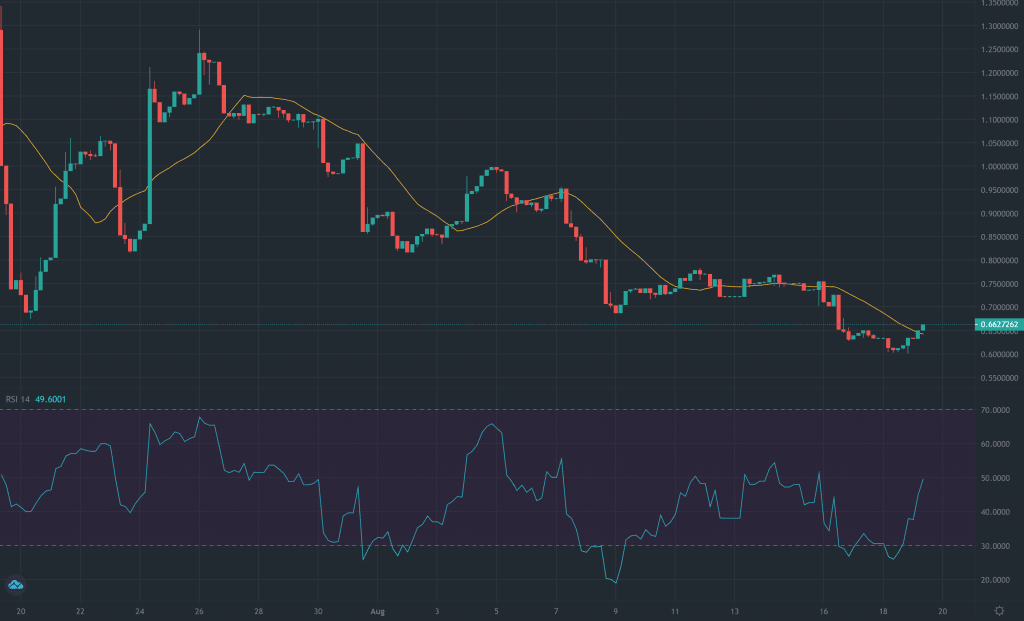 Kicking off our list of great DeFi coins is DeFi Coins. Its name might sound a bit cliche, but DEFC is an incredible cryptocurrency. Launched just a few weeks ago, this asset is the token for DeFiCoinSwap – a decentralized exchange built on the Binance Smart Chain.

DeFiCoinSwap is gearing up for a testnet launch in early September, allowing some users to see just how amazing it is. The exchange will feature several impressive components, including swaps, a staking pool, yield farming, and user analytics. It is an all-in-one platform for DeFi fans.

The team consists of several executives with a wealth of crypto knowledge and business acumen. They will also be seeking out new partnerships with mainstream crypto companies where they can stake, pool, and earn tokens on DeFiCoinSwap.

If you’re a value investor who loves to get in on projects before they get off the ground, DEFC is definitely something you’ll want to see.

DEFC’s price is still seeing swings, but this isn’t a new thing considering that it is a new coin. The asset is trading at $0.675, which is up 8 percent in the past 24 hours. 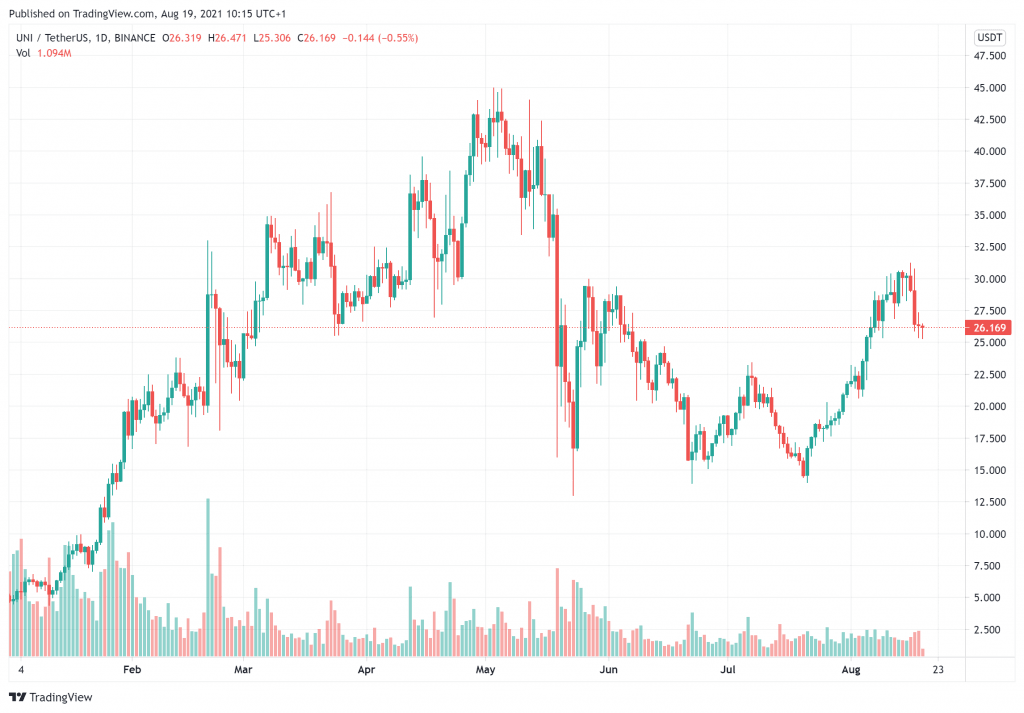 UNI is the token for Uniswap – one of the largest decentralized exchanges in the world. As it stands, UNI is the only DeFi-native coin that is among the top 20 on the CoinMarketCap rankings. UNI also has a lot going for it, thanks primarily to its links with Uniswap. Earlier this month, sources confirmed that the exchange is now the first protocol to cross $1 billion in fees for liquidity providers. As the coin’s chart shows, UNI has also done pretty well this month. After hitting a bottom on July 2, UNI has jumped 86 percent. The coin currently sits at $26.142. 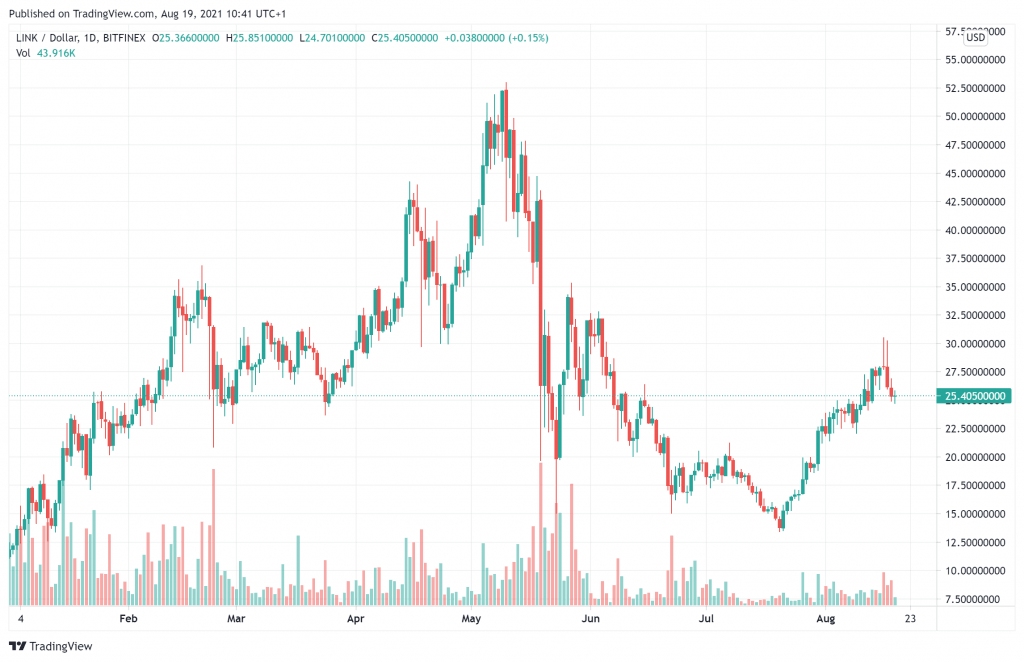 Chainlink is perhaps the most popular blockchain oracle in the DeFi market. It offers real-world data to the blockchains, allowing protocols to get real-time changes in things like prices and more. LINK is Chainlink’s token, primarily used to pay for the oracle’s services. It has also grown to become one of the most valuable cryptocurrencies in the market. As it is with other large-cap coins, LINK is currently in a rebound phase. Its current price of $25.4 is a 90 percent jump from its bottom in July, although it still has a long way to go to hit its high of $53.

In terms of developments, Chainlink recently launched on Arbitrum One – a beta mainnet deployment for Ethereum scaling solution Arbitrum. The launch will allow developers on Arbitrum One to access financial market data and improve the performances of DEXs, stablecoin, and other advanced DeFi protocols. 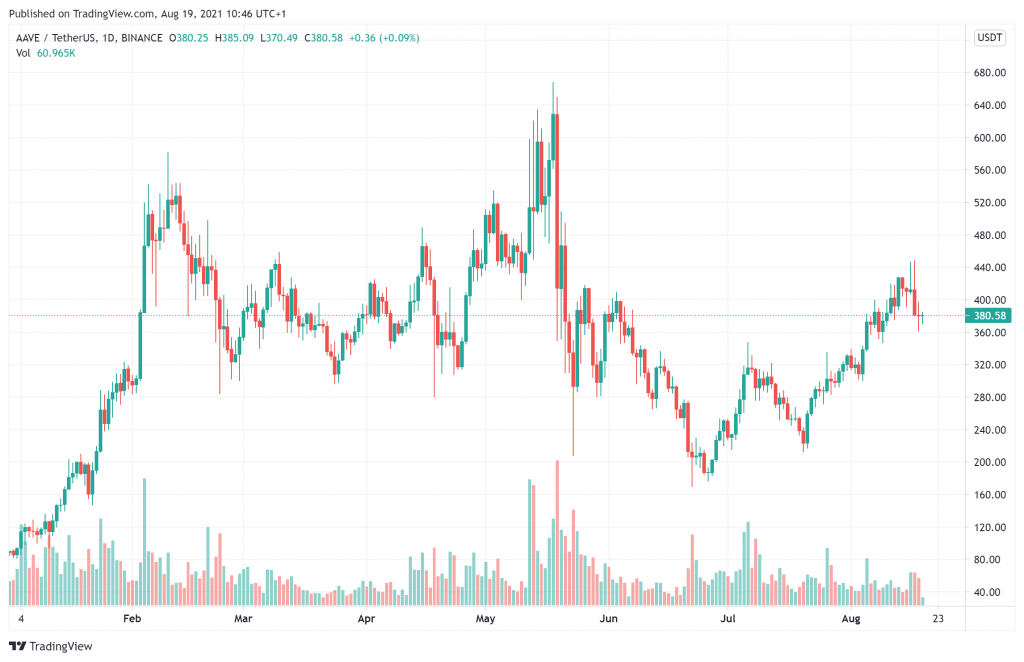 Aave is the largest Defi protocol available. With $14.29 billion in assets locked at press time, Aave comfortably beats out the competition. If you’re looking for the best DeFi coins, it doesn’t get any better than AAVE. There is a lot to say about AAVE. However, the most significant is the fact that the coin’s price is holding very strong. AAVE has been on an uptrend since late June and barring a little dip in July, this is expected to continue.

July’s dip dragged AAVE down by 39 percent, moving from $348.78 to $212.24. But, the coin has since shrugged the loss off and is now trading at $380.58. AAVe’s all-time high is $669.21, so there’s still a lot of upside for the coin. The asset is also getting a lot of attention, with Bitwise Asset Management recently launching its Bitwise Aave Fund. 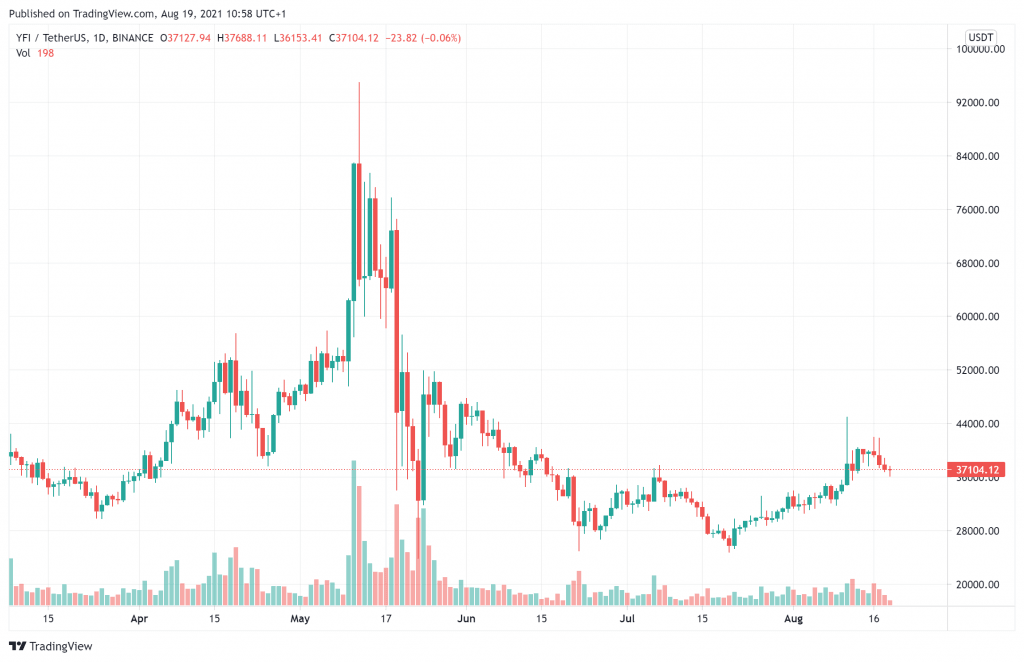 Yearn Finance was the biggest star of the DeFi space last year. The company’s YFI tokens became especially valuable due to their incredible scarcity – there are only 30,000 of these coins in circulation. While there’s not much news about Yearn Finance recently, the platform remains a shining star for DeFi. YFI is a blue-chip asset as well, and its price isn’t doing so bad. 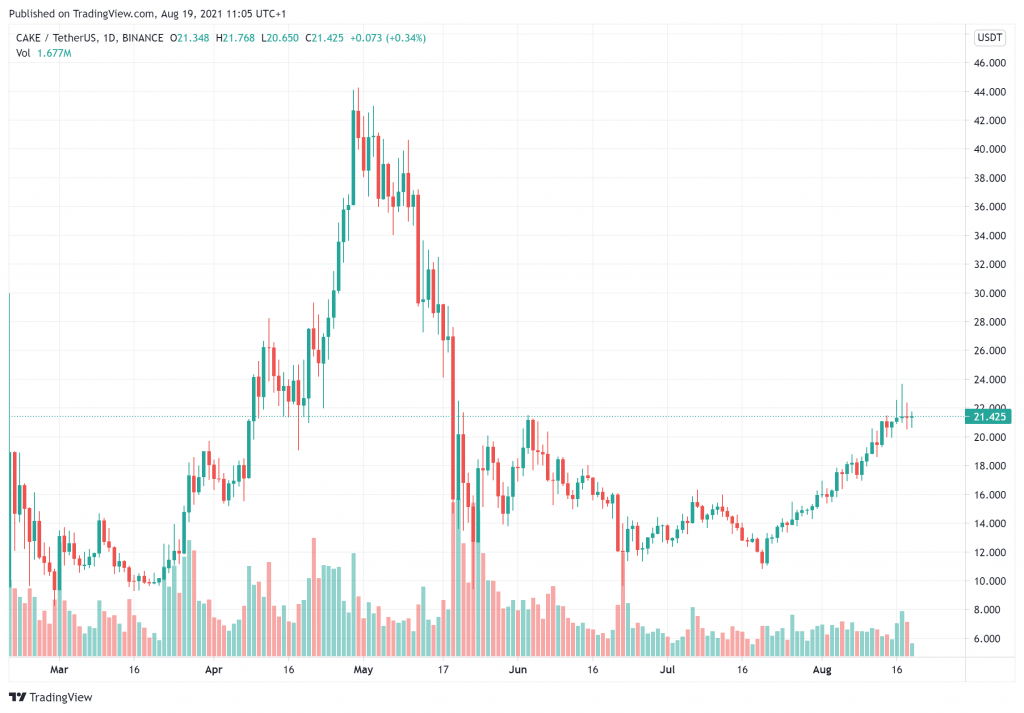 A spinoff of Uniswap, PancakeSwap is the largest DEX on the Binance Smart Chain. The service promises even faster and cheaper transactions than Uniswap, although that’s always open to debate.

As expected, CAKE is the naive token for PancakeSwap. The exchange itself has continued to grow, listing more tokens on its platform. Unlike most coins, CAKE wasn’t affected by July’s downturn. The asset has been on a lengthy uptrend, with its $21.43 price being a 94 percent jump from the $11.03 price it held last month. 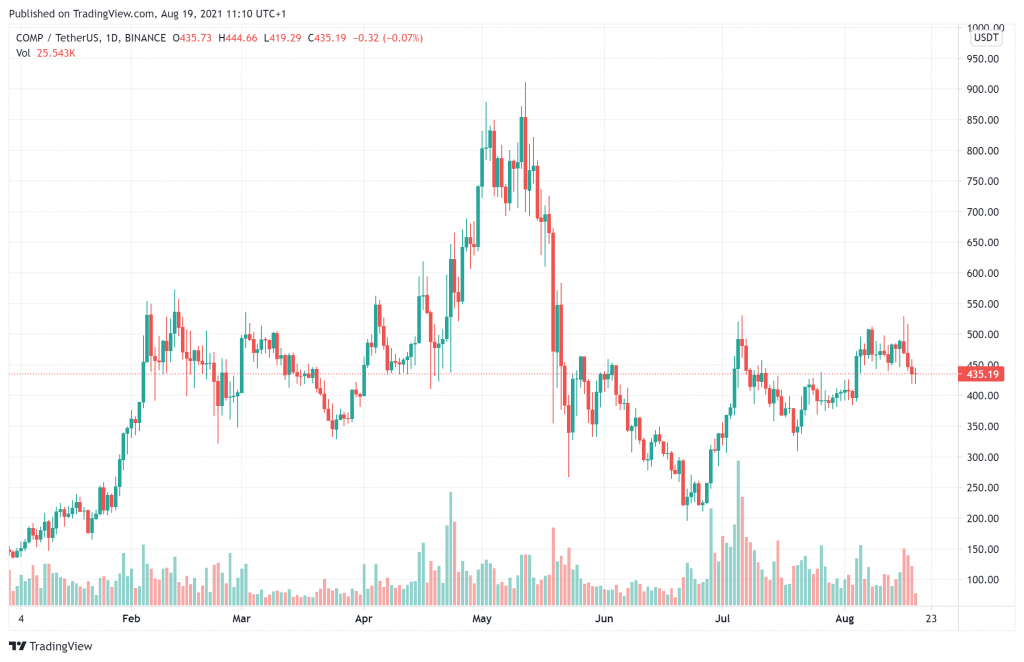 Compound Finance is one of the leading lending protocols in DeFi. the service ranks at #4 on the DeFi Pulse rankings, with $9.7 billion in assets locked.

Compound has gained a great deal of traction, translating to significant gains for its asset, COMP. With $2 billion in market cap, COMP is doing quite well in the market. The asset itself has had a bit of a wild ride, swinging significantly in June and July. but, stability is returning this month, much to investors’ pleasure. COMP dipped to the $310.71 point on July 20. But, after several swings, it managed to break through the $400 mark and never looked back. With a current price of $433.50, COMP is up 349.5 over the past month. 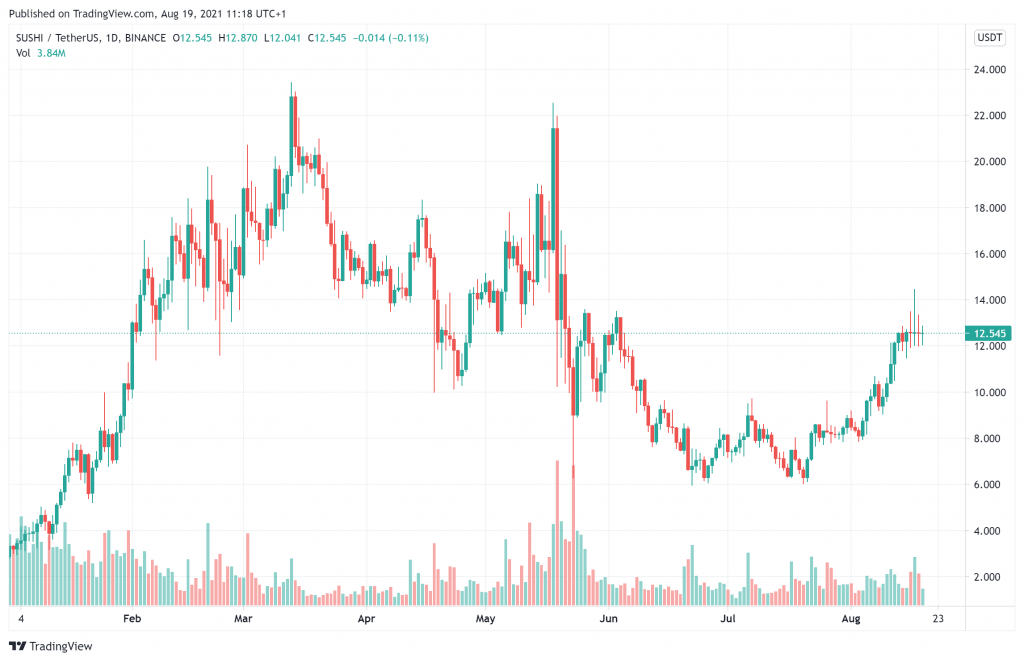 It is a good time to be a decentralized exchange. Funding is rolling in, and these exchanges are relatively safe to operate. SushiSwap is another of these exchanges, and it is already a top 10 DeFi protocol with$4.1 billion in assets locked.

SUSHI has grown as well in that time, jumping by 100 percent in the past month alone to hit $12.55 in price. This week, SushiSwap was saved after a whitehat hacker found a flaw in its code. As the hacker explained, the exploit would have cost SushiSwap $350 million. 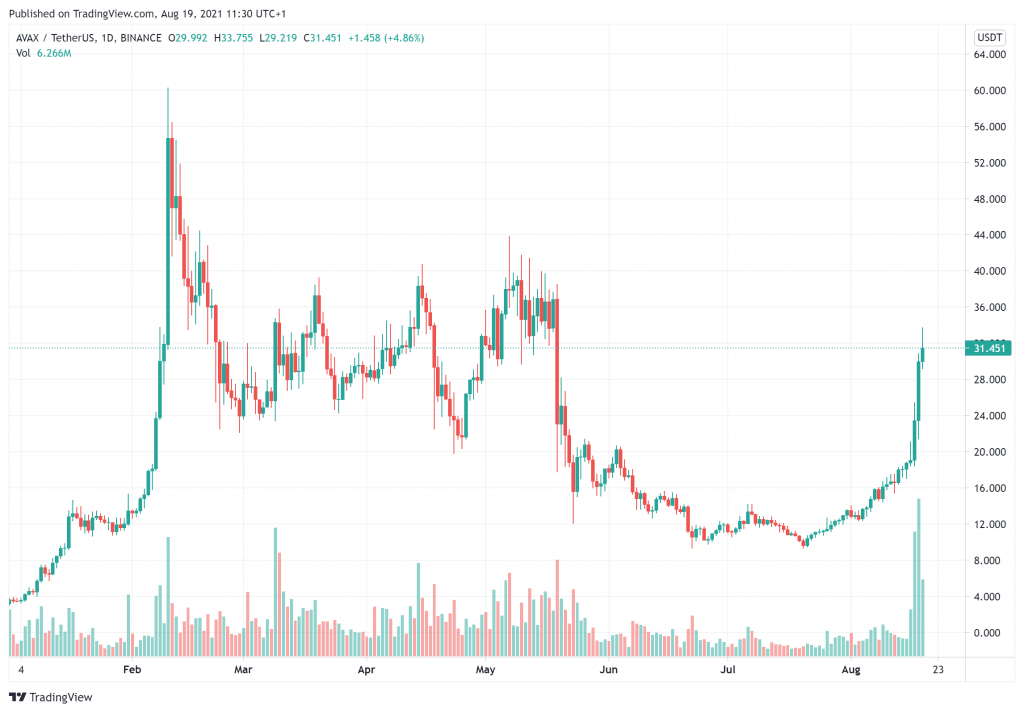 Avalanche acts as an umbrella platform that is used to launch DeFi protocols and decentralized apps. The platform also has a decentralized exchange, allowing users to trade. With AVAX as its native token, Avalanche has been able to surge in popularity since its September 2020 launch.

AVAX has gotten a $5.5 billion market cap, and the asset has performed especially well over the past week. In fact,m AVAX’s chart shows that the token has been on an upsurge for the past month. So much so that it has moved from $9.18 on July 19 to $31.5 at press time.

The spree of launches from Avalanche might have something with it. The platform launched its Avalanche Bridge last month, replacing its former AValanche-Ethereum Bridge. The bridge is five times cheaper and faster than the former, and it is set to act as a launchpad for future projects. 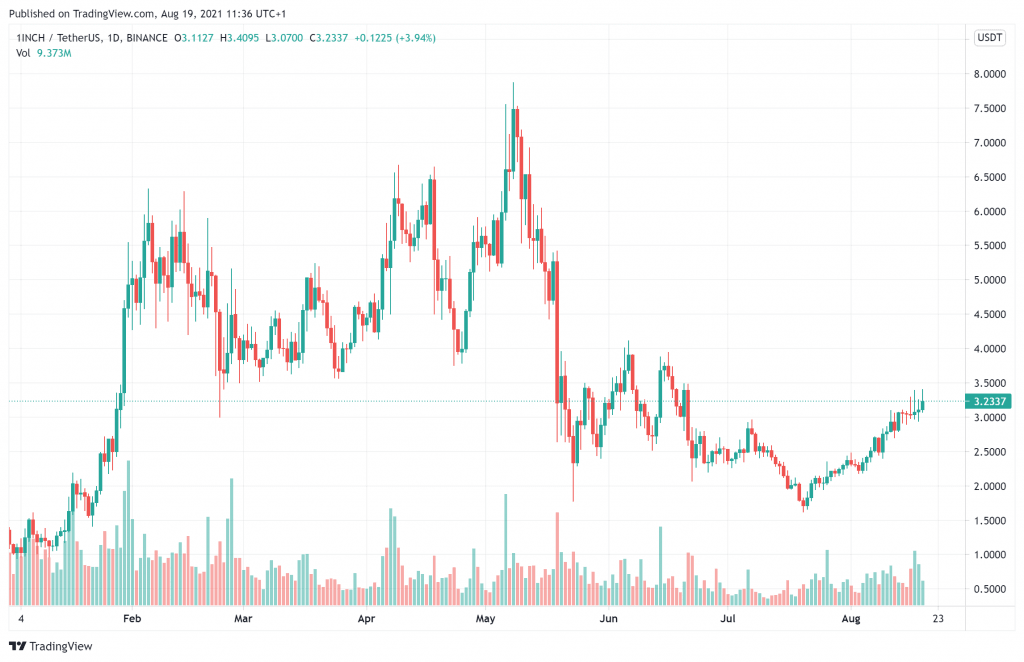 1Inch is an aggregator for decentralized exchanges, helping users to find the best cryptocurrency prices across different exchanges. It makes things more convenient for users, removing the need for them to manually check prices.

While it is not so popular, 1Inch has a great deal of growth on its way. Yesterday, the platform announced its launch on the Optimism Ethereum network, with its co-founder Sergej Kunz promising a significant jump in transaction speed and latency reduction. This should help to spur adoption for the aggregator going forward.

The Optimism launch is yet another fuel to the 1INCH movement, which has been consistently green for the past month. The asset is now up almost 100 percent in the past month, jumping from $1.64 on July 19 to $3.23 currently. 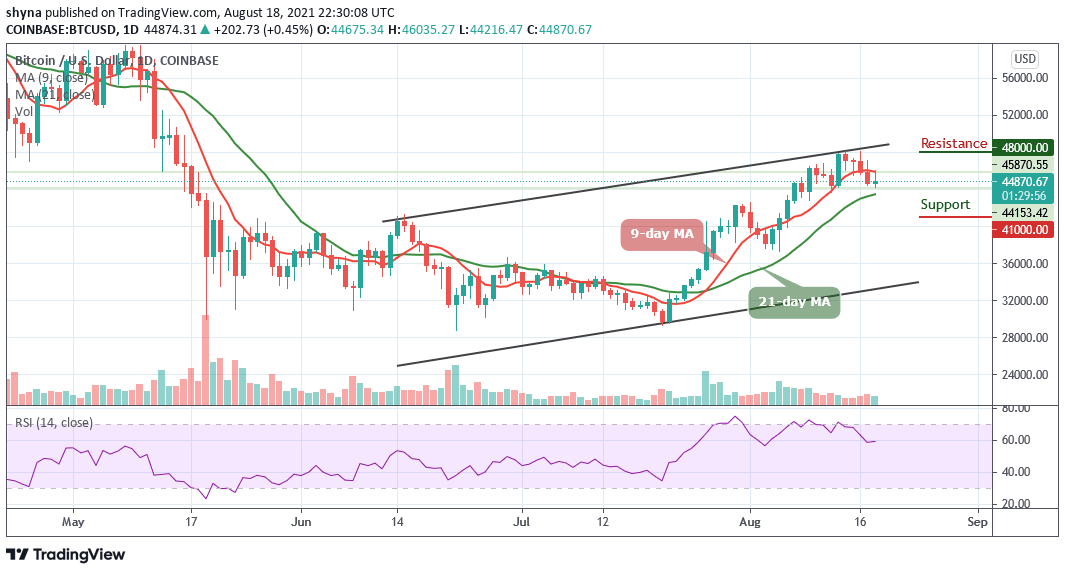