In a first for the international stage, the Western Districts in the West African nation of Sierra Leone participated in the country’s March 7th presidential elections via blockchain voting, courtesy of help from Swiss elections play Agora. In what seems to be an inaugural blink for a new age of transparency, anyone can now review the initiative’s results.

Also see: As Issues Arise, the MoneroV Fork Is Postponed for 6 Weeks

With the help of Agora’s permissioned Bulletin Board ledger, citizens in the Western Districts of Sierra Leona had their manually-selected presidential votes tallied onto the blockchain in a world first.

It’s a development that seemingly portends other nations the world over moving their elections “on-chain” in the months and years to come. But the most significant aspect of the initiative was the unprecedented, tangible auditability that it actualized — particularly in a nation like Sierra Leona, which has suffered greatly from corruption and chaotic elections in recent times.

The March 7th results tabulated from the blockchain.

Agora was ahead of the curve, “delivering results 2 hours before the official count” per the startup’s Twitter. That meant anyone — officials, citizens, and international observers — could see for themselves almost in real-time how the vote had gone down in the nation’s western locales.

The trial was a success, per Agora:

“Results of the West Districts were recorded on an unforgeable ledger and are displayed here publicly […] Safe storage of election data and public accessibility is opening a new age for voter confidence and democracy itself in Sierra Leone and in the rest of world.”

The notable test comes at an interesting time in the international West, with an election security zeitgeist currently seizing many political circles in the United States and Europe. Accordingly, blockchain voting could be one way to bypass the drama and prove to all parties involved that voting can be technologically secured.

In the future, Agora wants voters to be able to vote securely straight from their personal electronic devices. To actualize that goal, the company has built a “multi-layer architecture.”

As mentioned previously, the blockchain of this architecture is Bulletin Board. The project’s so-called Cotena layer cryptographically connects Bulletin Board with the Bitcoin blockchain. Lastly, there’s the Votapp — the app users can “run on low bandwidth devices.”

Cotena, as illustrated by Agora.

The result? A “high level of immutability and decentralization of our data,” as Agora says in their whitepaper.

What’s your take? Do you think blockchain voting is the future, or not quite? Sound off in the comments below.

Images via Agora, The Herald

The post You Can Now Audit Sierra Leone’s Blockchain Election Results for Yourself appeared first on Bitsonline. 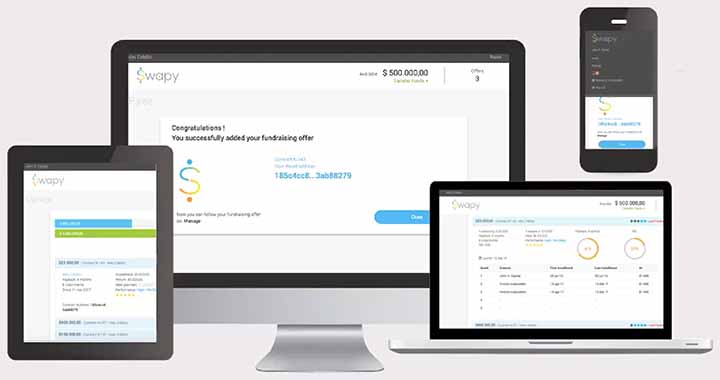