XRP, the third-largest cryptocurrency by market capitalization, has seen some dramatic price action recently. The asset, which traded at an all-time high of $3.80 back in 2017, experienced a massive price spike over a brief period on January 7, although only a few were able to get a glimpse of it.

In the early hours of the day, crypto trader Welson (@CryptoWelson) pointed out on Twitter that XRP held a price of $8,300 for about a minute on crypto exchange Coinbase, meaning that the asset held a value about 31,000 times higher than its standard value on the market.

And I thought the guy who market bought 5 LTC for 1 BTC when we were at 20k on Quadriga was crazy.

Any trader who sold the asset in that period would have made a killing, and while it’s impossible to know how much of the asset was purchased at the time, it was sure enough to buy through the order books and produce a green candlestick at the 1-minute timescale.

The announcement was immediately followed by speculations regarding what could have happened. Many people believed that it was a simple mistake, opining that a trader most likely tried to purchase Bitcoin at a premium at that time and made the wrong move to order XRP instead.

This argument does have a leg to stand on, but some have also been quick to point out that the same occurrence happened to the asset about three days before that, when it suddenly traded for $7,308 for a minute. That information was shared by XRP trader Larry Swanson (@AzAscend), who also implied that the XRP candle was leveled against that of Bitcoin on Coinbase at the time.

It’s also worth noting that these errors occurred on Coinbase. Frequent traders on the exchange know that it sends a prompt to a trader who places a suspiciously high price on an asset, thus providing them with the opportunity to fix a possible mistake they committed. If this prompt was raised and the trader who supposedly made the error disregarded it, then it speaks to a severe case of negligence.

The other possibility, of course, is a market manipulation play by hackers looking to transfer their funds and evade detection by trading from ow-liquidity trade pairs.

Investors in XRP had a rather frustrating year in 2019. While its developers Ripple Labs is a company ostensibly worth about $20 billion, the asset has still not seen the type of gains that would make investors want to stick around; it ended 2019 trading almost 50 percent less than it started the year, and performed even worse than it did in the crypto winter- a period where just about every digital asset lost a significant chunk of its value.

As the days go by, it almost seems like the hope of the asset returning to the lofty heights of late 2017 is eroding the more. 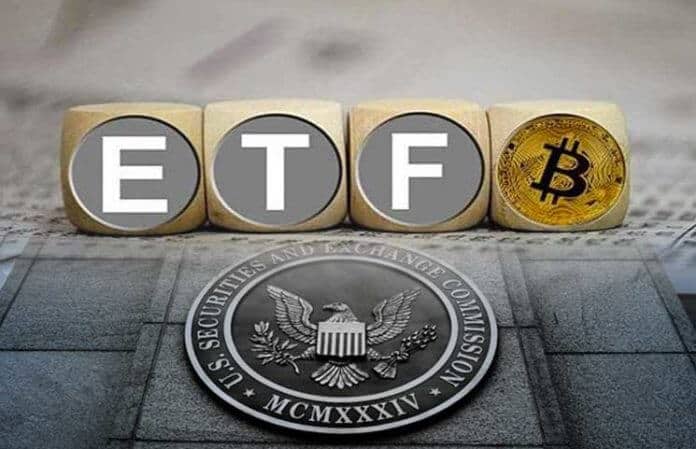 Exchange-traded funds (ETFs) have become something of a white whale when it comes to ...