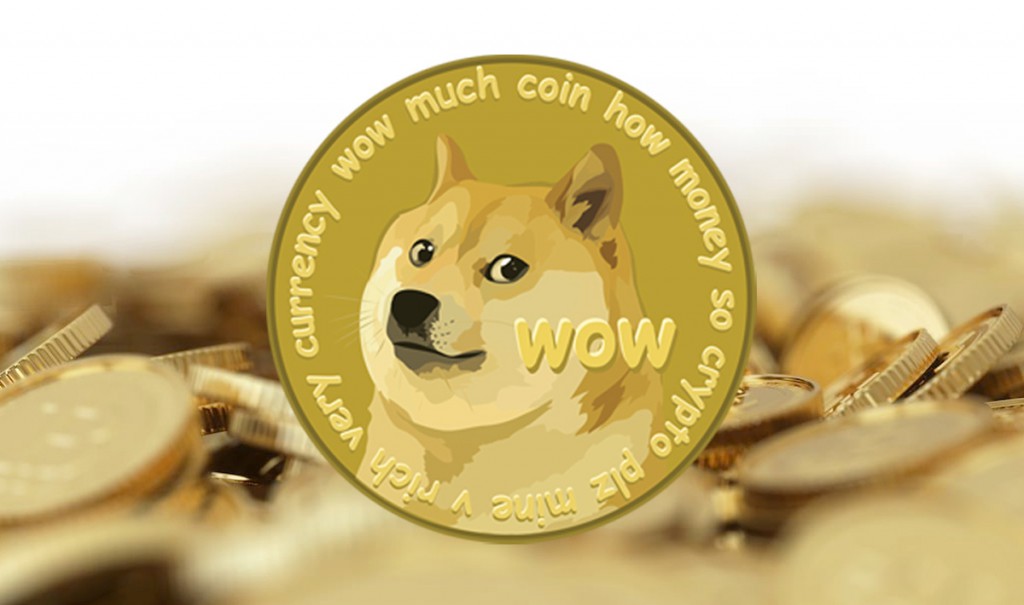 Dogecoin (DOGE) is one cryptocurrency that has a rather unusual origin story. The coin was created as a joke or parody for crypto fans but has gone on to take the world by storm with its sudden rise.

Dogecoin is no joke anymore. Its value has exploded in recent weeks reaching all-time highs.

Per data from Coinmarketcap, Dogecoin rose by over 200% last week. In the last 30 days, it has grown by 442%, while Bitcoin has fallen by almost 3% within the same period.

Many have attributed part of Dogecoin’s success to the CEO of Tesla, Elon Musk, who has tweeted about it quite often and is a popular supporter of the digital asset.

He once called Dogecoin his favorite cryptocurrency.

Dogecoin might be my fav cryptocurrency. It’s pretty cool.

Another significant push that has affected Dogecoin’s rise is a campaign that went viral last year on the social media platform TikTok, which encouraged users to pump the coin.

It’s logical to speculate that much of the success Dogecoin has attained is due to social media and the power of memes than from any technical advancements, as the altcoin has not seen any upgrades or developments since 2015.

The developers have been inactive for years, leaving the digital asset’s fate largely to its fans.

Like Bitcoin, Ethereum, and other cryptocurrencies, Dogecoin is a cryptocurrency built on the Blockchain network.

It was created in 2013 by software engineers Billy Markus and Jackson Palmer with a protocol following Luckycoin proof-of-work algorithm using Scrypt technology.

Luckycoin is a fork of Litecoin (LTC), which is also a fork of Bitcoin.

This is why Dogecoin has been referred to as a fork of a fork. It was easy for the developers to copy the Luckycoin software because it is an open-source protocol which means anyone is free to use, study, change and share it.

Dogecoin is a decentralized, open-source, peer-to-peer network that uses a proof-of-work consensus algorithm.

The network requires miners to validate transactions and secure the network from bad actors who would seek to manipulate the blockchain’s record of transactions.

There are already more than 128 billion Dogecoins in existence as the numbers do not have a maximum limit, unlike Bitcoins, whose maximum mineable coins are fixed at 21 million.

As the name implies, Dogecoin was created largely based on the Doge meme that trended on the Internet back in 2013.

It was founded on December 6th, 2013. The original image depicts a dog of the Shiba Inu breed, whose inner monologue is displayed in comic sans font.

It all started when Billy Markus sought to create different crypto from Bitcoin. He wanted to create a more fun and carefree cryptocurrency that would even attract more attention than Bitcoin.

The IBM programmer from Portland, Oregon, looked for help to make his idea a reality and found Jackson Palmer, who was working at Adobe at the time.

Palmer had already purchased the domain dogecoin.com and set up the website when Markus reached out to develop an open-source, peer-to-peer digital currency.

Before Markus reached out to Palmer, Palmer had already begun the work. It started as a joke he made when he combined two of the most trending topics: cryptocurrency and the Doge meme into a digital asset called Dogecoin.

Palmer mocked the crypto community and even went as far as making the Dogecoin website with the photoshopped dog meme on a coin. It was this website Markus saw that brought him into partnership with Palmer.

From 2020 to 2021, Dogecoin started attracting global attention, which affected its value, thanks to the efforts of the Doge community. In January 2021, Dogecoin briefly entered the top 10 cryptocurrencies by market capitalization for the first time since 2015.

The cryptocurrency space as a whole has grown significantly, with the total combined value of crypto market capitalization hitting $2 trillion in April.

Dogecoin has had an interesting week. The altcoin recently hit the number six spot on the list of coins by total market capitalization.

A few days ago, the Shiba Inu-themed meme coin surge also reportedly caused the Robinhood investment app to crash from an influx of investors looking to get their hands on the meme coin.

We’re currently experiencing issues with crypto trading due to unprecedented volumes and are working to resolve them as soon as possible. For the latest, please check our status page https://t.co/hS5J5eu1GV

Although the system went back up in an hour, further issues were seen on the platform, with Dogecoin surging to $0.50 on the app. This was not a good look for Robinhood, knowing they had been involved in the GameStop (GME) controversy earlier this year.

Dogecoin’s total market value is now about $50 billion, up from $7 billion. It has settled at $39 billion following an 18% correction.

The massive rally on Dogecoin is also tied up with the increasing institutional demand in recent times.

For instance, Shark Tank investor and owner of NBA team Dallas Mavericks, Mark Cuban, announced recently that his team would accept Dogecoin as payment for tickets and merchandise.

This was followed by other companies such as Canadian web provider easyDN and online retailer Newegg Inc. They have also joined the Dogecoin mania, with both companies now accepting the coin as payment.

Industry experts predict it would continue to rise as the fears of missing out and the generally bullish sentiment regarding cryptocurrencies will keep pushing the price up.

Dogecoin jumped as much as 35% to an all-time high above $0.41 before paring its gains last weekend. The meme cryptocurrency is down 14% over the 24 hours to stand at $0.309623 on Wednesday, having earlier hit a record high of $0.41878, according to CoinGecko. It has continued to drop ever since, providing opportunities for investors to buy more

Where To Buy Dogecoin

While there are so many crypto exchanges and trading platforms to buy Dogecoin at, a few stand out for a variety of factors such as fees, user interface, features, and customer reviews.

In this light, the best platforms to buy Dogecoin have been narrowed down to include Capital, Libertex, and Binance.

Capital.com offers a unique trading experience with no commission or hidden fees. It is ideal for both beginners and experts as it has lots of online courses and trading guides. This trading platform doesn’t only give you live updates on Dogecoin and other crypto assets but also gives you the latest news in the crypto industry.

Libertex is a trading platform and brokerage arm of Cyprus investment firm Indication Investments Ltd. It has been in operation for over 20 years and has customers from over 100 countries worldwide.

Short for Liberty exchange, Libertex is a perfect choice for both beginners and experts alike. For beginners, the platform offers trading courses for them to hone their trading capabilities.

Apart from Libertex, users can also conveniently buy Dogecoin and other cryptocurrencies from Binance. It is one of the largest cryptocurrency exchanges with customers in over 180 countries worldwide.

Founded in 2017, Binance has high standards for safety and security in trading. It delivers high processing throughput with the capacity to process around 1.4 million orders per second. More than 150 coins such as Bitcoin, Ethereum, Litecoin, Dogecoin, and its own native BNB tokens are available on the Binance platform.

Binance also offers the most liquidity out of the three exchanges. Binance’s prices are one of the best in the market, and it charges low trading fees making it easy for traders to gain more.

Research by Ark Invest and Square has been released arguing that Bitcoin mining can ...