Homenewsvenezuela petro cryptocurrency will be worth 5 9b says maduro 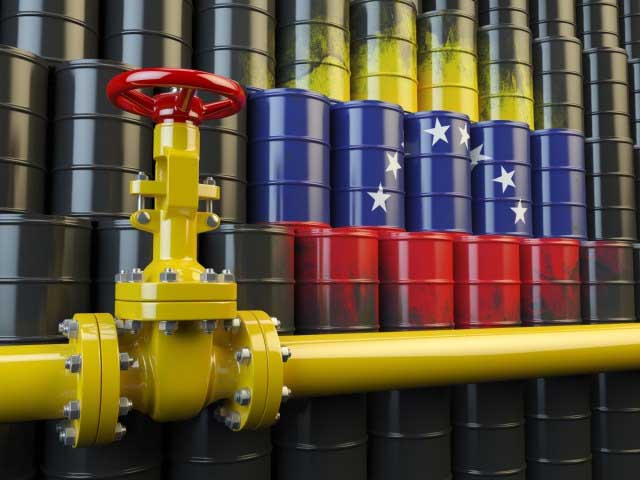 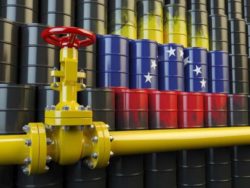 Crisis-hit Venezuela will issue its own oil-backed cryptocurrency, Petro, with an implied value of $5.9 billion as its economy continues to decay.

In what appears to be a last-ditch attempt to circumvent US sanctions and keep cash flowing into the country, President Nicolas Maduro announced 100 million units of its Petro cryptocurrency would enter the market.

The announcement, according to Reuters, came during the President’s appearance on national television yesterday.

I have ordered the emission of 100 million petros with the legal sustenance of Venezuela’s certified and legalized oil wealth.

Every petro will be equal in value to Venezuela’s oil barrel (around $59).

Despite being rich in oil resources, Venezuela’s ability to capitalize on its reserves has faltered due to sanctions imposed by the Trump administration. The extent of the financial difficulties frequently makes the country hit the headlines as ordinary citizens bear the brunt of government misdemeanors.

Bitcoin has made significant inroads in an unofficial capacity as desperate Venezuelans look for an alternative to the bolivar, which has become all but worthless.

Despite attempts by lawmakers to crack down on the use and mining of cryptocurrency, the practice appears to be continuing. Now, in a move similar in style to Russia’s attempts to bypass sanctions via its so-called CryptoRuble, Maduro is appealing to those investors still permitted to do business. He is even looking for miners to forge Petro, yet its ultimate availability, tradability, and control remain a mystery.

A dedicated “registry” for interested parties began operations December 22 and will remain open through January 21. Local news media reports that the registry has already received 860,000 signups.

Registration in the RUMD (Unique Registry of Digital Mining) will also guarantee those who are registered… to be able to acquire any other type of free-to-use cryptocurrency and demand in Venezuela, as long as they are duly authorized.

The publication added that central authorities under the direction of Carlos Vargas would oversee Petro’s rollout.

What do you think about Maduro’s plans for Petro? Let us know in the comments below!

The post Venezuela Petro Cryptocurrency ‘Will be Worth $5.9B’ Says Maduro appeared first on Bitcoinist.com.