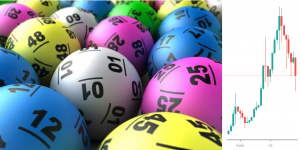 The winner of the National Lottery license bid in the UK will be announced soon. It’s a contest that has been surrounded by controversy for decades, including accusation of fraud and corruption, and this year is no exception.

A common saying is ‘Bitcoin fixes this‘ when news of issues with traditional financial systems comes to light. Is it time for a crypto lottery in the UK?

The National Lottery is the state-franchised lottery of the United Kingdom, founded in 1994 and regulated by the Gambling Commission (UKGC). They also launched the EuroMillions, and introduced Lotto and Thunderball games.

Camelot, acquired in 2010 by a wealthy Canadian investment fund, won the first three license competitions to operate the lottery in 1994, 2001 and 2007. They are bidding again to be granted the license in 2022. Running the National lottery is one of the biggest public contracts in the UK, worth £80 billion pounds (over $100 billion dollars).

Camelot’s first win saw Richard Branson file a lawsuit against them for libel, and win damages. They lost the second National Lottery license competition to Richard Branson’s Virgin Group but managed to have the result overturned on appeal in High Court. An Indian lottery operator that bid in 2007 contested Camelot’s win that year, wanting a judicial review but then dropping the case.

According to the Daily Mail UK, Camelot were set to lose in 2022 as well but are now the favorites, after ‘moves by officials put it back in prime position‘. Czech based Euro lottery provider Allwyn came out on top in the initial review rounds but fell back into second place after a ‘risk factor assessment was applied by the Gambling Commission‘.

Throughout Camelot’s operation of the National lottery, competitors have accused them of ‘milking profits at the expense of good causes‘ and many think ‘it could be time for change‘, according to the London Evening Standard. UK politicians raised concerns that too small a percentage of Camelot’s scratch card and instant-win online games goes to charity.

Rival lottery operators competing for the license – Allwyn, Flutter, Sisal and Northern & Shell – are planning a legal challenge if Camelot is awarded the contract for a fourth time, the Financial Times reports. They claim ‘the system unfairly benefits Camelot as the incumbent, and Tory MPs have commented the competition isn’t transparent, Camelot having a ‘head and shoulders‘ advantage over competitors.

Casino.org has reported that regulators like the UKGC now give ‘preferred bidder‘ status to the Camelot Group in the contest, which is ‘shrouded in secrecy‘. The UKGC is a successor of the National Lottery Commission which had once tried unsuccessfully to disqualify Camelot.

Camelot have had to apologise for glitches in its online lottery ticketing systems and other technical faults.

Time for a Crypto Lottery?

Lucky Block is a UK based crypto lottery project that aims to use blockchain technology including smart contracts to make a fairer lottery platform not affected by the bureaucracy, red tape and corruption traditional lotteries are.

I’ve been following the bidding round for the UK’s new lottery licence with interest. It looks like Camelot is going to win (again) and the competition is crying foul, according to numerous media reports.

As a crypto-based lottery that does not use Real Money Gaming, we are not direct competitors in the bidding to run the UK national lottery, but we are of course competitors in the wider sense of aiming to break open this monopoly.

Lucky Block’s mission is to make lotteries easier to win, easier to play and with more control for the players themselves by giving everyone a vote on the good causes they want to back. We also pay all our token holders a reward for just being a part of our family, so everyone’s a winner, not just the fat cats.

Our app is out on 21 March and we think you will agree that our vision of the future of lotteries is fairer for all – Lucky Block is the People’s Lottery.

Our $5 million lottery pool for prizes is growing fast and stands as a testament to the popularity of our product. Token holders are coming onboard in their thousands to be part of this exciting new approach to lotteries, where the players get to own a part of the platform.

My team is ramping up our development and marketing efforts across all channels. One of the centrepieces of our marketing will be a billboard poster in New York City’s Times Square.’

Lucky Block were also featured recently in UK media The Express. Traditional lotteries being tied to local government regulators, the traditional financial system, special interest groups and for-profit corporations, is not a recipe for success for the punters on the street.

Lucky Block aims to ‘develop further transparency and fairness in gaming, creating a lottery where every player has better win odds while providing a solid investment strategy for token holders while contributing to the community.’

Holders of their token, LBLOCK, will receive a percentage share of all jackpots as redistributed investment income, as an incentive to support the project. The first Lucky Block crypto lottery prize draw takes place on March 25th. 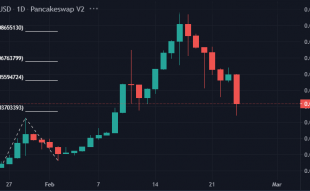