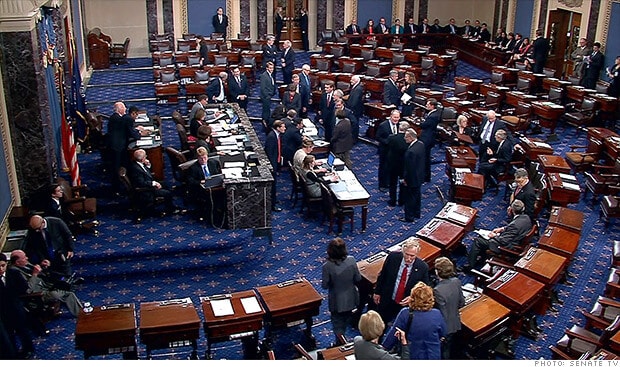 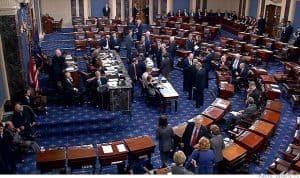 Following the fallout from the Jan.6 Capitol riot, members of the US Senate are looking into crypto’s role in financing domestic terrorism.

Members of Congress held a round-table discussion with experts in the transactions sector. The discussions centered more on the way cryptocurrencies are utilized and if they pose a threat to the government.

A hearing titled “Dollars Against Democracy: Domestic Terrorist Financing in the Aftermath of Insurrection” saw Congressmen seeking the input of crypto experts on domestic terrorism financing, which has defaced the national values of the United States earlier today.

Blockchain intelligence firm Chainalysis earlier pointed out that far-right extremists had received financial support from a French donor who transferred 28.15 BTC to aid their cause. This BTC transaction sent to various wallet addresses owned by organizers of the Capitol’s insurrection march was worth a staggering $522,000.

And the Senate wants to know whether crypto is a threat that needs to be quickly addressed. All the witnesses called to speak had a unifying response that the government’s mandate that crypto exchanges should be regulated was a good move.

Experts Wade Into The Crypto Question

The first question on cryptocurrencies was raised by Rep. Jim Himes, who wanted to know if crypto-assets aided anonymous transactions.

Daniel Rogers, CTO of the non-profit Global Disinformation Index, replied that there seems to be a connection between extremists’ activities and their use of cryptocurrencies for fundraising.

He pointed out that groups considered less extremist in their political views seem to favor traditional funding sources. But when they eventually evolve, they generally shifted to more harder-to-track payment platforms like cryptocurrencies.

But he was quick to point out that cryptocurrencies aiding private transactions do not necessarily mean it is minacious. Rather, to him, crypto-assets were pseudonymous and not anonymous as most blockchain transactions are available publicly. He said the real problem lay in assigning a wallet address to a particular owner.

Daniel Glaser, a former Assistant Secretary for Terrorist Financing and Financial Crimes, also delved into the discussion. Glaser said the need for extremist groups to exchange their digital assets for fiat currencies presents a unique opportunity for the Treasury. The Treasury could easily gather information on the transaction through the crypto exchanges they use.

Glaser also mentioned a recent crypto regulation proposal brought forward by the Financial Crimes Enforcement Network (FinCEN) which will see them de-platforming self-hosted wallets. This was a good move to arrest an industry that is getting misused by the day.

Rep. Stephen Lynch, chair of the Financial Technology Task Force, spoke on a growing aspect of crypto-assets that criminals prefer to use. Glaser was quick to point out that these digital coins are designed to work on the weaknesses, which bedevil anti-money laundering and combating terrorist financing (AML/CTF) system.

A great example of one of these darknet digital coins is Monero, a privacy coin that seeks to make blockchain transactions untraceable on the network. Glaser said that even though cryptocurrencies are generally open for public view, the right digital tools and skillset still need to be used to bring the burgeoning industry under control. 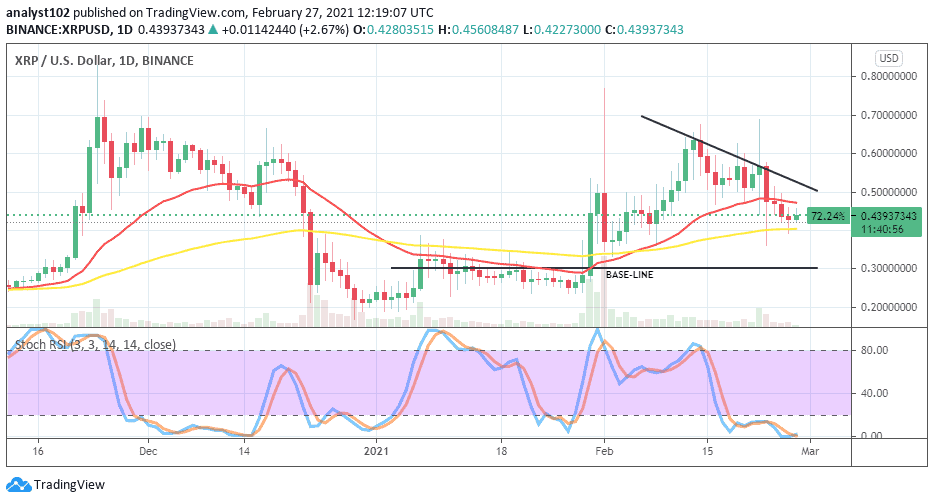 XRP Price Prediction: XRP/USD Dips a Bit Southward Further in a Correctional Manner to Revisit a Low-Value at $0.40