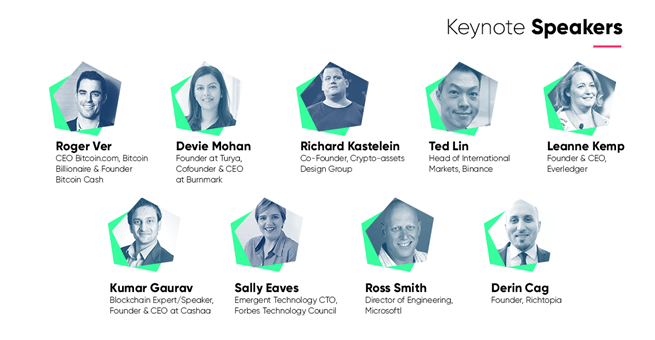 Vision Behind the Summit

Considering the huge financial disasters and scams plaguing our structured and so-called trusted financial systems we need to find an alternative route that is backed by technology that is not affected by human greed and corruption.

Such a revolutionary technology will not only make the system in developing countries corruption free but also highly efficient.

With this summit we plan to remove the information asymmetry in the blockchain space so that multiple parties and organisations are encouraged to explore and leverage blockchain use cases in their specific domains.

In the past, humanity has been reshaped by several industrial revolutions that forever changed the way humans lived and worked. After the inception of the internet about 30 years ago, it is now that we are witnessing the emergence of a groundbreaking technology which is brewing up another revolution – The Blockchain

You should attend the World Satoshi Summit 2018 if you want to be a part of the history in the emergent technological revolution.

Here’s what you can look forward to at the global conference of 3500+ attendees:

Network with global stakeholders of the Blockchain and crypto community; meet potential clientele Cross paths with CEOs of leading global corporates, startups and PSUs Pitch to VCs, Angels, HNIs, IBs through the Nova-Stride initiative; showcase your startup to the relevant audience Master crypto-trading skills by learning the tricks-of-the-trade at workshops by global traders Know how to integrate Blockchain for efficiency gains in your business and industry Learn the potential impact of Blockchain in government and public sector services Live airdrop of ICOs; opportunity to invest in startups with brilliant ideas Write your very first Smart Contract through live sessions from experienced Blockchain Developers Hear about women’s role in tech and contribute to the Women Economic Empowerment initiative

The World Satoshi Summit 2018 is conceptualised by, Harmeet Singh Monga and  Rajesh Dhuddu. Pioneers in the industry, both play an active role in the South-Asian Blockchain and crypto community. Earlier, they partnered for the founding of the Indian subcontinent’s foremost Blockchain Special Interest Group under NASSCOM.

Harmeet is also the CBO at BlockSmiths, which enables businesses and governments with Blockchain Applications for businesses and PSUs. Rajesh is a TEDx Speaker and the SVP at Quatrro: a multinational company helping its clients adapt to latest technologies.

Who are the Keynote Speakers?

At the 2018 WSS, we are bringing together some of the most well-known Blockchain Influencers on the planet to give inspirational Keynotes on the role of the radical technology in rewiring the world economy in the capital of world’s largest democracy, New Delhi.

CEO at Bitcoin.com, the Bitcoin Billionaire, Roger Ver started investing in the cryptocurrency at an early stage. He has invested in noteworthy startups like Blockchain.info, BitPay.com.

World’s top 10 Global FinTech influencers, Devie Mohan is the Founder of Turya, and Co-founder and CEO at Burnmark. The Indian-origin entrepreneur is a role model for women in the male-dominated finance industry.

Richard Kastelein is an award-winning entrepreneur who founded the acclaimed industry news publication, Blockchain News. He regularly writes on the emergent technology for various publications such as the Harvard Business Review and Guardian.

An alumni of Cornell University, Ted is the Head of International Markets at Binance and has been instrumental in growth of the platform which is

The Much Awaited TGE of TriForce Token Has Begun

This is a submitted sponsored story. CCN urges readers to conduct their own research with ...