Homenewsthe kimchi premium over for cryptocurrency prices in south korea 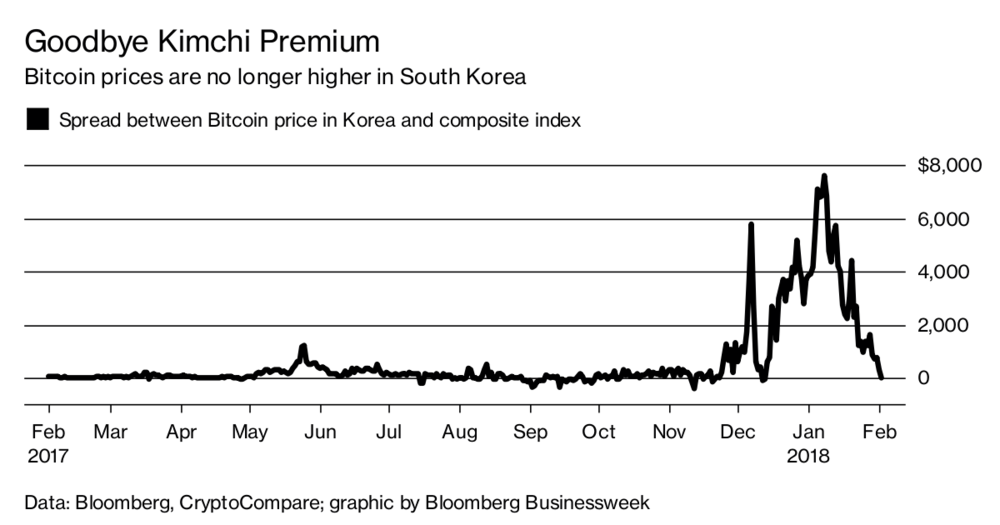 For the first time in nearly two months, cryptocurrency prices in South Korea have fallen back down to the rest of the world. During the peak of the cryptoeconomy’s recent bull run, South Korean traders paid more than 50 percent in some cases to buy the same cryptocurrencies that westerners were buying for half the price.

That led to a situation in January 2018 where the Korean bitcoin price was nearly $8,000 USD higher than the bitcoin price averaged among the top international exchanges.

That doesn’t mean traders were exploiting the arbitrage possibilities, as the South Korea cryptoeconomy has been more or less isolated from the West by design.

Now that such a premium has evaporated, though, there’s seemingly no reason to maintain the exclusion any longer

We’ll have to watch and see how CoinMarketCap reacts in the coming days.

What’s your take? Do you think it’s good that South Korean cryptocurrency prices have come back down to earth as compared to the rest of the world? Let us know where you stand in the comments below.

The post The “Kimchi Premium” Over for Cryptocurrency Prices in South Korea appeared first on Bitsonline.

The Future of Copyright: The Global Copyright Register Explained

The post The Future of Copyright: The Global Copyright Register Explained appeared first on ...