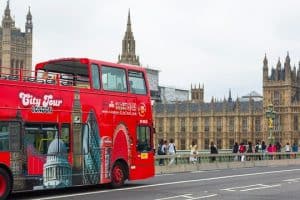 The cryptocurrency market in the United Kingdom has always been a somewhat murky area. Just like the United States, there are no clear laws that define cryptocurrency use and operation in the country. Several companies have tried to make their presence known, but the consensus is that the introduction of rules governing the space would benefit just about everyone.

However, a new report has shed some light on the reception of bitcoin among Brits and it doesn’t look pleasant. A survey conducted by industry news medium Crypto Radar revealed that only 2 percent of Bitcoin owners in the country would be willing to purchase more of the fledgling asset.

No love for Bitcoin in the U.K

According to the release, the survey effort took responses from 2,500 U.K. citizens between the ages of 18 and 65. This data showed a worrisome 20percent of Brits have never even heard of crypto. In addition to that, it was found that a staggering 67.5 percent don’t own Bitcoin, with no interest in owning the asset in the future. When taking just men aged 65 are taken into account, the percentage surges significantly to 77.9 percent of respondents.

Damaging to the prospect of regulations

These trends are a cause of worry. The battle for cryptocurrency regulations has been going on since the asset class got mainstream attention, but if the government begins to see that people aren’t so interested in the asset class anymore, then they would become even more reluctant in getting guidelines out.

Take Russia, for example. The country also doesn’t have any cryptocurrency regulations as of now, but earlier this year, the prospects of regulation almost went up in smoke after a top government official claimed that the loss of cryptocurrencies popularity in the nation had made it particularly necessary to develop rules to govern the space.

According to a May 16 report from local news medium Fontanka, Dmitry Medvedev, the Prime Minister of Russia, made the comments while speaking at a legal conference in St. Petersburg. Per the news report, Medvedev opined that cryptocurrencies had lost their appeal, not just in the country, but across the world. To drive is point home, he simply cited the fact that crypto assets had lost a significant chunk of their value, and the market had continued to plunge.

According to him, all of that signified a lack of interest from investors, meaning that the government didn’t need to enforce regulations. In part, he said, “Nowadays, the popularity of cryptocurrency has decreased, and regulatory issues may not be so relevant.”

The case scenarios might differ, but the concerns are the same. If most people don’t care much about crypto, the government might not see regulations as urgency, and the market would continue to wallow in a state of uncertainty. Lose-lose

Token offering platform CoinList is flexing some newfound cash, and is reportedly working on ...