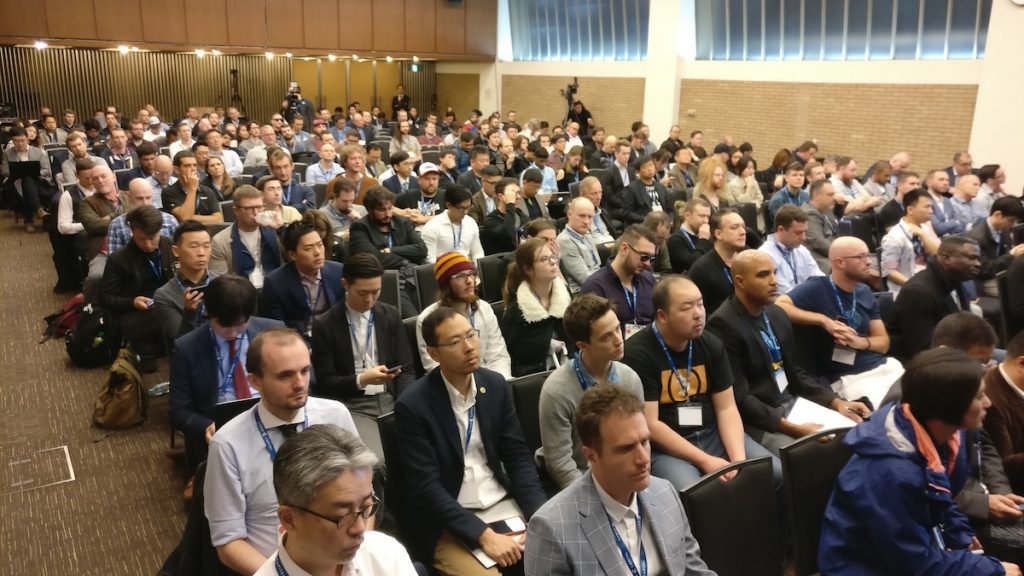 Is it possible to make Bitcoin a global currency and payments network, while staying true to the original late-00s “vision” of its creator/s, Satoshi Nakamoto? That’s the theme of the first “Satoshi’s Vision” conference kicked off in Tokyo today, with presentations by several well-known Bitcoin and blockchain community personalities.

While the event is associated with Bitcoin Cash (BCH) supporters and the various teams developing that project, many presenters spoke generally about what cryptocurrencies may look like in the near future. To invent new and open monetary systems also prompts conversations on new ways that money could be used.

It’s the first conference dedicated to the scaling theme since the Future of Bitcoin event in the Netherlands almost a year ago — and the first since the rival camps officially parted ways in August 2017, giving us Bitcoin (BTC) and Bitcoin Cash (BCH).

Tokyo’s event was a sell-out, with hundreds packing into the conference hall just across the moat from Japan’s Imperial Palace, right as winter ended and the cherry blossoms were beginning to bloom. Even local cross-dressing heavy metal legend Ladybeard was in attendance, determined to learn more about cryptocurrency (and likely launch some kind of token sale).

“I can’t see us ever going back to Bitcoin (BTC),” Charles said — Yours famously switched to BCH when BTC transaction fees hit ridiculous highs around the start of 2018, after briefly toying with the idea of Litecoin.

“If you ask me which coin is the one that acts like the Bitcoin I came to in 2013, it’s Bitcoin Cash,” said Chan. SBI Bits is working on its own cryptocurrency exchange to join Japan’s growing field, but was non-committal on whether it would show any preference for BCH.

Sirer spoke of the ways to scale Bitcoin (and other cryptocurrencies) at all network layers — an eye-opener for the Satoshi’s Vision crowd who came expecting mainly on-chain, network-level scaling and a good panning of Lightning Network. There are still ways to do this well and in a trustless manner, Sirer said.

Meanwhile, Bitcoin.com’s Emil Oldenburg spoke of BCH colored coins, and entrepreneur and developer Joannes Vermorel blew the notion of transaction block data limits out of the water. “Terabyte blocks” were entirely feasible, he said. “Just do it,” said one of the developers in the audience.

Tom Harding of Bitcoin XT spoke on how Bitcoin Cash can nix double-spend attempts without using SegWit, which some erroneously believe is the only solution to transaction malleability issue. The “First-seen” technique effectively splits the network to create double spend-resistant transactions, allowing for instant confirmations for BCH-accepting merchants.

Stay tuned for Bitsonline‘s series of video interviews from conference presenters over the coming days, and their visions for blockchain development.

Are you following any of the presenters at Satoshi’s Vision? Lets hear your thoughts in the comments.

Bitsonline is an official Media Partner for the Satoshi’s Vision Conference.

Join Our Telegram channel to stay up to date on breaking news coverage Faceter ...