On July 18th, Solana’s price closed at $41.98 after setting a high of $42.63 and a low of $38.58. The coin price seems to have followed an uptrend from yesterday’s price, which closed at $38.56. The current Solana price has experienced a 19.06% positive change in 7 days and is increasing by a 6.47% margin today. Regardless of the drop in Solana’s transaction volume, its number of daily active addresses increased by 20.4%. It seems like the increased active addresses are helping the prices of SOL/USD move upward on the day.

Charles Hoskinson Shares his Opinion on Solana and Cardano’s Collaboration

Recently, Charles Hoskinson, Cardano’s founder, and CEO, scorned Solana when he was asked to share his opinion about Solana and Cardano’s collaboration. He mocked the platform by telling a story about his brother repairing Nintendo consoles as a reply. This is a reference to earlier this year when there was yet another breakdown on the Solana Network. He shared a video link to Solana’s developers with the intent to mock them, with the side note, “Maybe this will help.” The video discussed fixing a Nintendo console, referring to SOL’s recent outage.

The Solana blockchain was then humorously referred to as a Nintendo console by Hoskinson, who said that a partnership between Solana and Cardano would “make a lot of sense” as his family has prior experience in fixing Nintendo consoles. This news harmed the SOL price, which went down by 0.70% on July 16th. However, the damage caused by the news is being recovered as SOL/USD is moving upside down today.

On July 13th, Magic Eden, Solana’s leading NFT marketplace, announced its expansion into the Web3 space by introducing Magic Venture, a new investment division mainly targeting Web3 gaming. This news appealed to the gaming industry and positively influenced SOL’s value today. Furthermore, last week, the US Securities and Exchange Commission (SEC) filed a class-action lawsuit against Solana Labs in California federal court. The lawsuit accuses Solana Labs of making illegal profits and promoting its token, SOL, as an unregistered security. This news has not blown to the level to cause damage to Sol’s image, but it can potentially tear down the coin’s reputation. As for today, the SOL price is moving under consolidation.

Moreover, on July 8th, a North California resident filed a lawsuit against Solana for the unregulated sale of the SOL tokens. The plaintiff claims Solana made money from selling SOL tokens while regular traders lost money. Solana announced its biggest event of 2022, the Solana Breakpoint Conference for 2022, despite being hit by the lawsuit. It looks like this news neither played a part in increasing the coin’s value nor decreasing it and had a null effect on the coin’s value.

The SOL/USDT coin is trading slightly higher, having recovered more than 6% to trade near $41.90. On the 4-hour timeframe, the SOL/USDT coin has broken through the major resistance level of $40, allowing for more buying until $43.

A surge in Solana demand could push the SOL/USDT coin price above the $43 resistance level and expose it to the $44.80 level. Leading technical indicators, such as RSI and MACD, are pointing to a buying trend. Similarly, the 50-day EMA (exponential moving average) supports buying above $40.50. As a result, bulls are expected to remain bullish above the $40.50 support level.

Alternatively, a break below the $40.50 support level may expose the Solana price to the $38 and $36 range. Keep an eye on $40 to remain bullish above it and vice versa. Good luck! 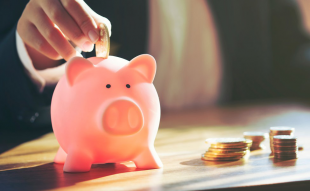 The cryptocurrency market has been in a free-fall since the beginning of the year. ...