Following the latest hack on Slope, its team has placed a 10% bounty for the hackers if they refund the stolen funds. Recall that the recent hack resulted in the loss of Solana and SOL-based tokens belonging to users of the Slope wallet. At first, it took a while for the Slope team to determine the cause of the attack.

As revealed, the hack claimed about $4 million from users, a development that didn’t sit well with Slope. Ever since the firm has initiated a series of mechanisms to ensure the recovery of the stolen funds—one of those attempts is the bounty placed before the hackers.

Additionally, the firm has vowed not to instigate or take legal action against the hackers. The vow is subjected to the refund of the funds back to the user’s wallet within 48 hours. The firm also released a wallet address in case the hacker intends to return the fund. Consequently, Slope divulged that it wouldn’t embark on the further investigation if the hackers initiated the refund.

Other plans to recover the funds include a partnership with TRM labs, the organization behind the Chainabuse, a platform that tracks hackers. The partnership aims to help track down the hacker. Also, a blockchain audit company identified as Ottersec has also offered to assist. The company is an independent team of security experts that will help slope collect necessary details about the hack. It will as well help fish out the hackers.

Additionally, the Slope revealed that with the assistance of TRM, it has been tracking the on-chain activity of the hackers. The bounty offered to the hacker is more like an olive branch. The activity of Slope so far has indicated its closing on the hacker lately.

Slope revealed via a Tweet that about 9223 wallets suffered from the exploitation. The affected wallets are Phantom, Slope, Solfare, and Trustware. As indicated,  the hacker attacked, gaining access to users’ private keys.

Consequently, Slope implored users to create a unique seed phrase wallet via a blog post. So, they should transfer their assets to the new wallet. The firm further beseeches users to avoid using the exact seed phrase on the new wallet and the one with Slope. 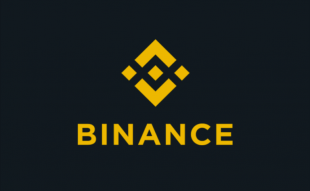