Robo-advisors are set to become more and more important in Germany, and by 2022, it is estimated that these will manage as much as US$14 billion in assets under management (AUM) at a annual growth rate of 42.2%, according to Statista.

This year, robo-advisors in Germany are expected to manage more than US$3 billion AUM, making the country the world’s fourth largest market, behind the US, the top leader with an estimated US$266 billion AUM, China with US$81 billion AUM, and the UK with US$6 billion AUM.

In particular, Germany’s banks will keep on driving the trend, having widely recognized the potential of robo-advisors. According to the study “Die Zukunft des Privatkundengeschäfts von Banken” by consultancy group Horváth & Partners, 85% of the 50 decision makers from banks in Germany, Austria and Switzerland surveyed said that robo-advisors will become increasingly important in the future.

The German robo-advisory industry is growing rapidly, and is by far the largest market in Europe with the highest number of robo-advisors, according to TechFluence. 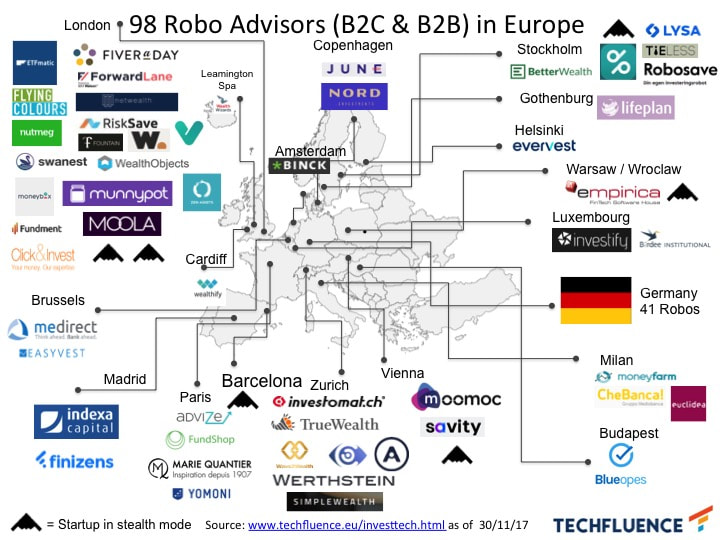 As of December 2017, 41 robo-advisors were serving the German market in the retail and B2B space. Frankfurt hosts the biggest number of robo-advisors with 13 providers, followed by Munich with five and Berlin with four.

Between December 2016 and mid-2017, no less than eight robo-advisors were launched in Germany, including Bevestor, Deutsche Wertpapiertreuhand, Elinvar, Monviso or Solidvest. One thing these new entrants have in common is that they all have a corporate background and are either owned or run by a bank, insurance or a wealth management firm. 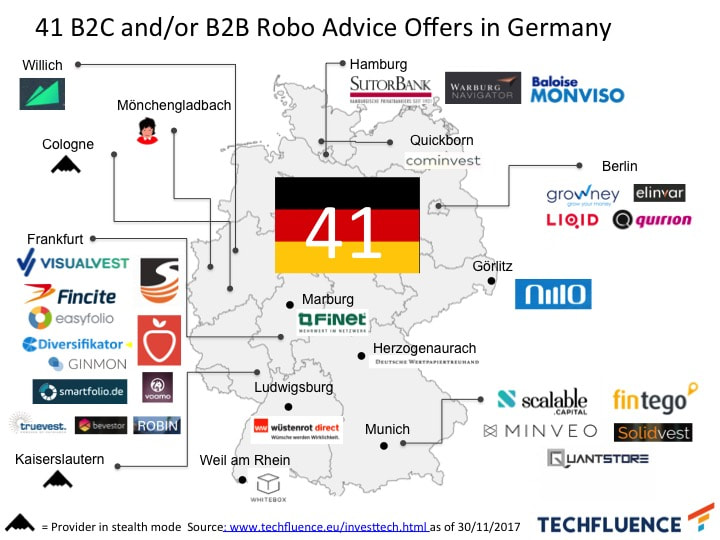 Some of the latest platforms to enter the German market include Cominvest, by listed Commerzbank subsidiary Comdirect, Werthstein, a Swiss startup that has partnered with Baader Bank, Robin, a robo-advisor for the retail market by Deutsche Bank, and WeltInvest, a platform by WeltSparen, the German portal of Europe’s leading online marketplace for savings products Raisin.

In terms of AUM, the market leader in Germany is Scalable Capital, which as of the end of 2017, accumulated more than €600 million, thanks to the recent partnership signed with ING Bank. This makes Scalable Capital the second largest player in Europe behind UK-based Nutmeg with and in front of Italy’s robo-advisor Moneyfarm. The second largest robo-advisor in Germany is Liqid, followed by Cominvest.

But while robo-advisors have convinced the traditional banking industry, German investors are still reluctant to the idea of relying a fully digital service to invest their money.

A YouGov research found that out of the 2,000 respondents surveyed, 60% said they could not imagine investing money digitally on the recommendation of a robo-advisor, and only 1.1% had used a robo-advisor in the past.

Despite the reluctance, the number of robo-advisors in Germany is expected to grow considerably in the near future, in addition to the number of partnerships between startups and banks, according to TechFluence. 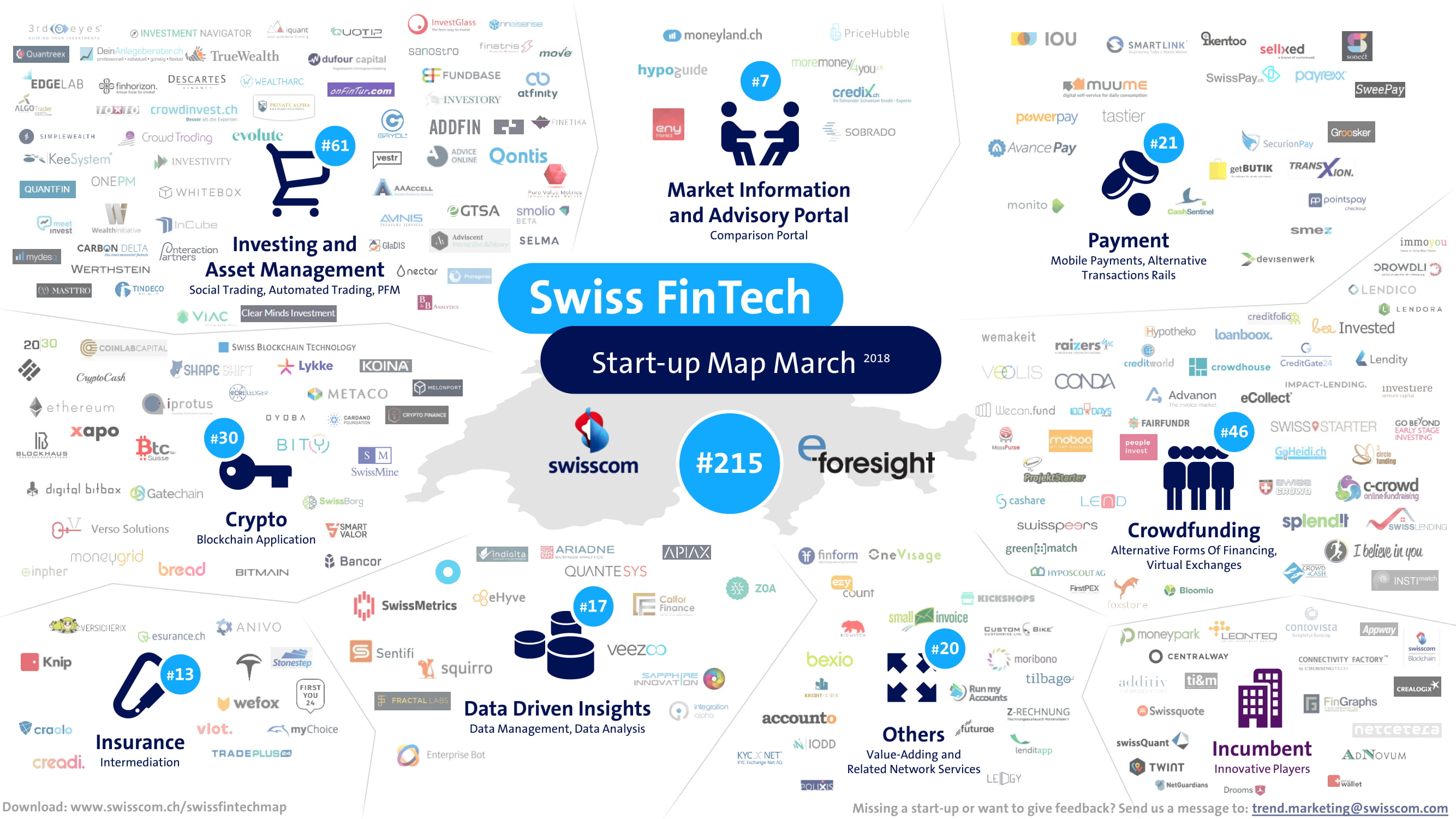