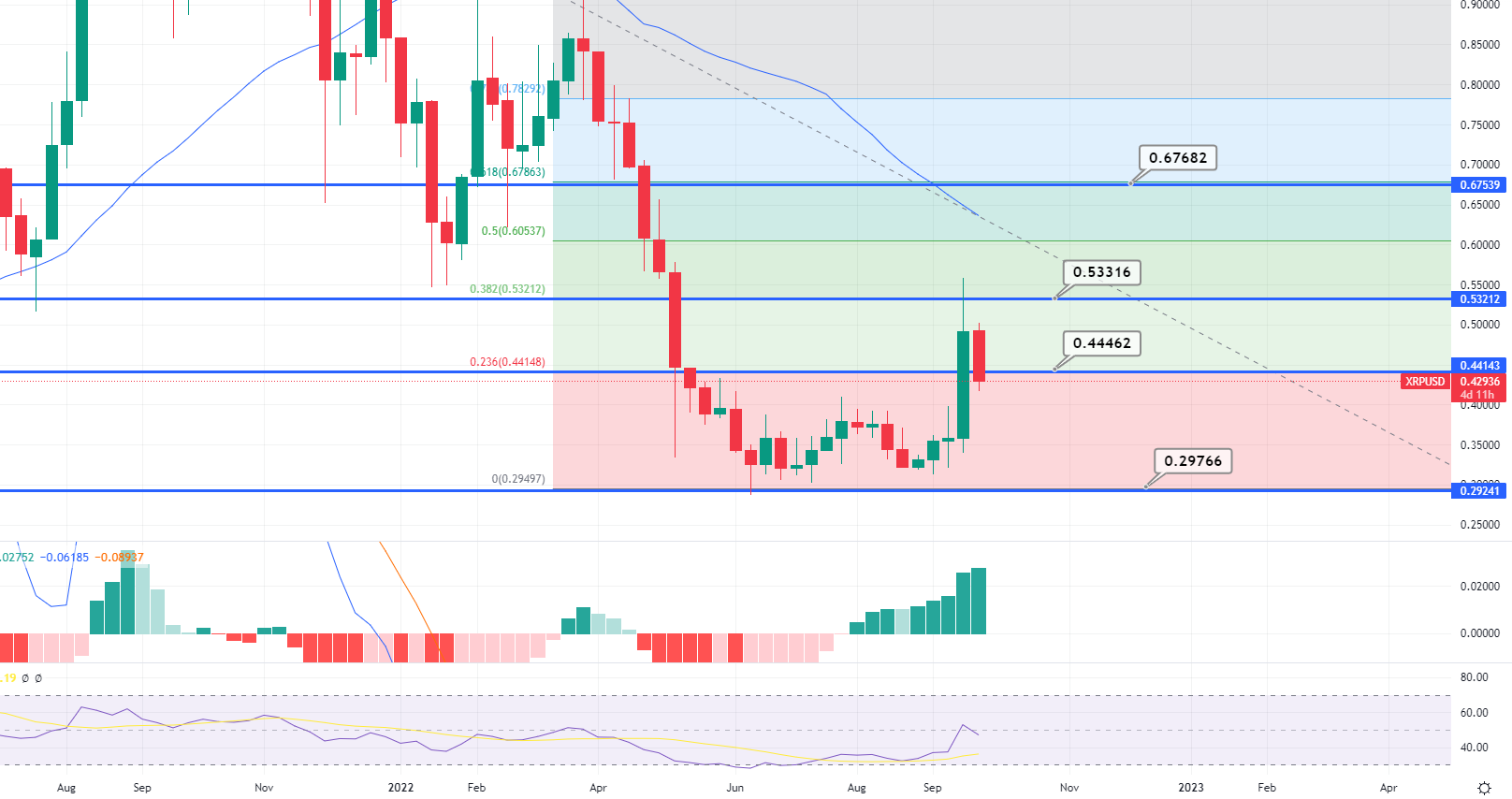 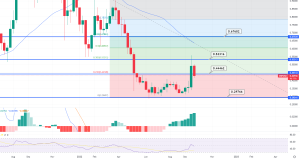 The Ripple (XRP) coin continued its long winning streak, reaching a high of $0.5582 before falling to $0.4274. Last week, the price of Ripple (XRP) skyrocketed, making it the fastest growing of the top ten currencies. The reason for its upward rally could be attributed to investors’ hopes that the SEC’s lawsuit against Ripple will be resolved.

However, the XRP/USD pair has given up all of its gains due to a bearish bias in the cryptocurrency market. Furthermore, the fear & greed index indicates Extreme Fear, indicating that the market is exhibiting risk-off sentiment and is attempting to keep investment in safe-haven assets.

As a result, this was regarded as one of the primary factors influencing Ripple pricing. Meanwhile, the US dollar’s decline in value aided the gains.

The current downtrend in XRP price seems merely a bearish correction as fundamentals support buying. During the last week, Ripple (XRP) coin prices have risen 44% due to investors’ optimism that the SEC’s litigation against Ripple may be over. The XRP price increase follows news that both Ripple and the SEC filed petitions for summary judgment in the $1.3 billion case, requesting that the action be dismissed before trial and a favorable ruling from the judge.

The SEC charged Ripple with conducting an unregistered securities transaction when it sold XRP in December 2020. Ripple stated in a brief accompanying its petition that it gave no rights to XRP investors during its token sale and that the company was under no obligation to act in its best interests. The SEC is attempting to change the law rather than applying it to expand its authority illegally. The crypto community appears to be optimistic about the case at the time. If an agreement is reached, Ripple’s price will almost certainly exceed $0.50.

Similarly, they are optimistic about reaching an agreement because Ripple Labs claims no investment contract exists. As a result, the summary judgment motion is considered a prudent strategy that may result in a settlement with the SEC. As a result, the payments-oriented cryptocurrency XRP has outperformed larger cryptocurrencies. 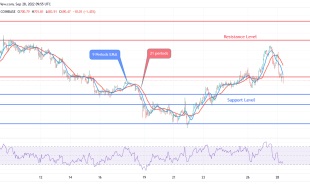 Join Our Telegram channel to stay up to date on breaking news coverage Further ...