YouTube appears to be continuing its trend of censoring crypto-related accounts once more. This time, it’s the account of popular industry news site Bitcoin.com. Earlier today, Bitcoin.com chief executive Roger Ver, confirmed on Reddit that the video streaming platform had shut his news service down. He explained that YouTube took the action for no apparent reason, although they told him that it was due to violations of their terms of service.

Despite the apparent arbitrary action, Ver explained that he suspects this to be the handiwork of some Bitcoin maximalists. He has built a reputation for touting Bitcoin Cash at the expense of Bitcoin over the years, and he believes that some people on the other side of the aisle were looking to strike against him through his business.

“I suspect probably a bunch of these Bitcoin Core anti-competition maximalists falsely reported the video saying ‘It’s a Bit[coin] Cash scam!’ or some nonsense like that,” he said.

Ver added that he would be exploring some other options while also pending whether or not his company’s account will be reinstated. While Ver did posit that Bitcoin maximalists targeted his company, he didn’t provide much proof of his allegations. However, it’s quite easy to see why anyone trying to mess with him would go to YouTube.

Last month, the service pulled Cointelegraph’s live coverage of the Bitcoin halving unexpectedly, according to a report from the news medium. Cointelegraph had built a full day of programming around the halving event, with names like Tim Draper, Meltem Demirors, and Ver himself sharing their take on the event. However, YouTube suddenly blocked the stream and shut it down.

Last December, YouTube caused an uproar amongst crypto content creators after several of them suddenly saw their content pulled from its platform. On December 23, Chris Dunn, a YouTuber with over 210,000 subscribers, took to Twitter to vent his frustrations over the development. In his tweet, he explained that YouTube had cited several of his videos for selling “harmful content” and “unregulated goods.”

On Christmas Eve, Robert Beadles, host of YouTube channel Crypto Beadles with over 89.3 thousand subscribers, tweeted the same thing as well.YouTube eventually came out and admitted to the “mistake,” explaining that their review process had been faulty. While some videos got reinstated, not all were restored.

Hey there, this was an error on our side during the review process – your video should be reinstated and strikes resolved. Let us know if you're seeing otherwise!

No Solution in Sight For Now

To that end, a lot of crypto influencers have been trying to move to decentralized video platforms. One of the most popular is DLive, which the TRON Foundation acquired and merged with its smaller video streaming platform – BLive. DLive got a significant amount of buzz earlier this year, when Felix Kjellberg, the man behind popular YouTube channel PewDiePie, endorsed it in a viral video. The endorsement was a big deal on several fronts, especially since PewDiePie is the most popular YouTube channel. 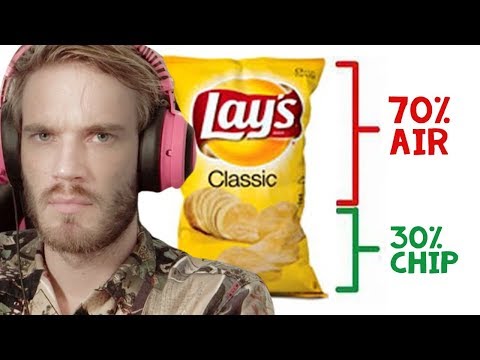 However, despite all their best efforts, the truth remains that YouTube is still an essential tool for crypto content creators. None of the decentralized options has been able to amass an audience and user base like YouTube.

So, while these content creators hate the fact that YouTube bosses them around, their audience’s chances of making the switch to any of the decentralized versions are slim to none.