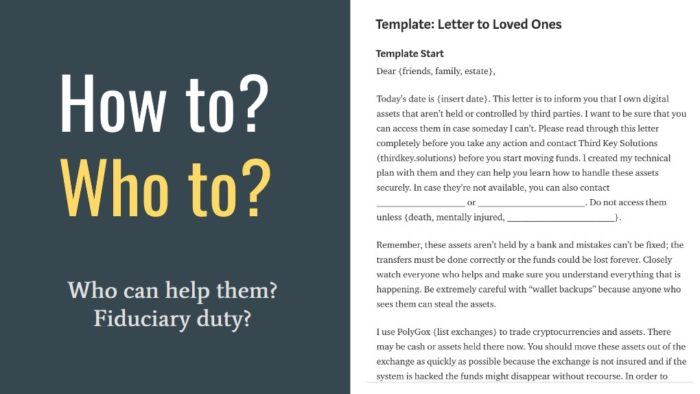 Say what you will about the mainstream centralized investment assets classes, the process of inheritance and asset transfer for them is a lot easier than the emerging cryptocurrency asset class. This fact is entirely not lost on Michael Moody, a retired Software Engineer, whose son Matthew Moody died in a plane crash five years ago. According to Moody, his son, Matthew had been a bitcoin mining enthusiast having been one of the earliest people to mine bitcoin. In a statement by Mr. Woody, he revealed that his son used to mine bitcoin with a home computer back when it was still possible to do so.

The Problem of Bitcoin and Inheritance

Mr. Moody has spent the better part of three years trying to get a hold of his son’s bitcoin which could be worth thousands of dollars today at the very least. Mr. Moody has not had any luck in his efforts due to the decentralized nature of the Bitcoin blockchain. Only holders of the private key(s) of a bitcoin address can gain access to the coins stored domiciled in the address. Without his son’s private keys, Mr. Moody has been unable to access his son’s bitcoin wallet on the blockchain.info platform.

This news brings up an aspect of the cryptocurrency narrative that seems to have escaped the attention of many people. Amidst the hype and buzz that surrounds cryptocurrency as well as its increasing value, the question of what happens to a person’s crypto assets after their demise is an important one.

The decentralized nature of the blockchain on which cryptocurrencies operate means that once a crypto holder dies, his or her coins could potentially be lost forever. There is no central body that can adjudicate in the matter of recovering the coins owned by a crypto-holder who has passed away.

The problem of inheritance and asset transfer is an age-old one that has led to serious issues in the past even for mainstream investment classes. However, while there are detailed laws that guide inheritance and asset transfer for asset classes like stocks and bonds, no such laws exist in the cryptocurrency space. The mode of operation of cryptocurrencies even make it virtually impossible to have such laws as control of crypto-assets is firmly in the hands on the crypto-holder. Commenting on the issue, Mr. Moody called for people to be better educated on how to secure their crypto-assets not just for themselves, but for their future heirs as well.

Incoporating Cryptocurrency into Your Bequest

There are several methods you can use to ensure your cryptoassets are safe and accessible to loved ones. For instance, at Hackers Congress 2017, Entrepreneur and attorney Pamela Morgan’s presentation ‘Cryptocurrencies Live Forever; You Won’t‘ outlined several ways you can start preparing; leave your wealth as a gift to a worthy cause, a security makeover ensuring all seeds, backups, etc., are safe, and the formulation of a ‘time machine mission,’ in which your family can retrieve your private keys by going on an adventure.

More information from Morgan on bequests and cryptocurrency can be found here and here; an upcoming book from the attorney will go into more detail regarding inheritance and cryptoassets. 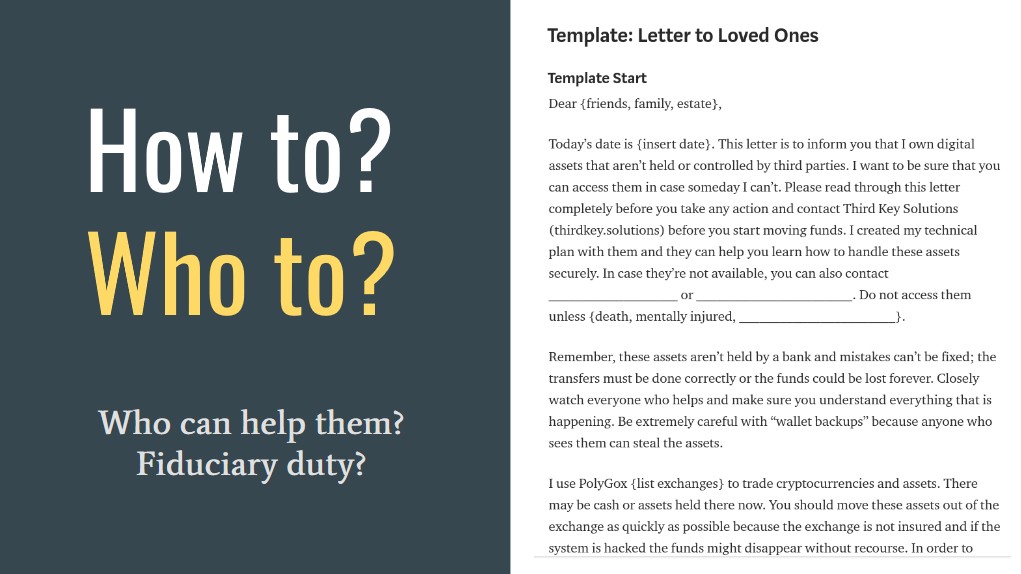 The post New Opportunity? The Problem of Inheritance and Asset Transfer with Bitcoin and Cryptocurrency appeared first on BTCMANAGER.