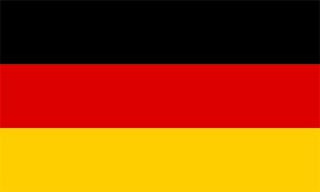 Blockchain technology has begun making an entrance into the global financial space. With several Asian countries already sold on its ability to transform financial life, Germany appears to be toeing the line.

Per an official press release, a draft of the bill showed both authorities throwing their weight behind digital securities. As they explained, current German legislation explains that all financial instruments with securities classifications should be secured in a document.

However, the introduction of blockchain could help improve compliance and liquidity, while also enhancing security. The draft bill also reportedly offers better regulatory clarity for digital securities. The German Federal Financial Supervisory Authority (BaFin) has committed to serving as a regulator for blockchain-based digital stocks and will monitor the issuance of digital securities. The agency will also monitor the maintenance of decentralized ledgers according to German securities and banking regulations.

Blockchain to Conquer the Financial Space

Germany’s pivot to blockchain-based securities could be a significant move. Germany is one of the strongest economies in the European Union, with ties stretching beyond its continent. Issuing blockchain-based stocks could dramatically improve blockchain acceptance both at home and abroad.

The move also underscores what appears to be blockchain’s increased integration into the global financial industry. In Japan, Tokai Tokyo Financial Holdings, a top financial institution, has announced plans to launch a digital securities exchange in the country.

According to reports in June, the company — which already invests in top exchange Huobi Japan — will invest in local blockchain company Hash Dash Holdings. The investment will see Tokai Tokyo capitalize on Hash Dash’s experience to build the exchange.

Hash Dash will use blockchain to issue digital securities, while also developing a smartphone-based trading service. The planned exchange will begin with trading tokenized real estate stocks through a partnership with iSTOX, a Singapore-based digital securities exchange.

In the United States, Arca Labs has also started trading its new digitized security, ArCoin. An announcement from last month explained that ArCoin represents shares of the company’s U.S. Treasury fund. It is registered with the SEC and consists of 80% U.S. Treasury securities.

Arca has been working with San Francisco-based law firm Morrison & Foerster on developing the asset for two years. The company first field with the Securities and Exchange Commission (SEC) last April, explaining that the fund will be tradeable through a specific portal. The portal will facilitate peer-to-peer transactions, allowing interested parties to transact via a secure interface.

For now, Arca is looking beyond just the treasury fund. Speaking with news sources, Jerald David, president of Arca Capital Management, Arca Labs’ parent company, said that they were looking at a mixture of portfolios.

Explaining further, David said that the company plans to combine the ArCoin portfolio with other investment products on a blockchain. All funds will be SEC-approved, and they’ll provide additional transparency with the ability to transfer ArCoin tokens through the p2p network.